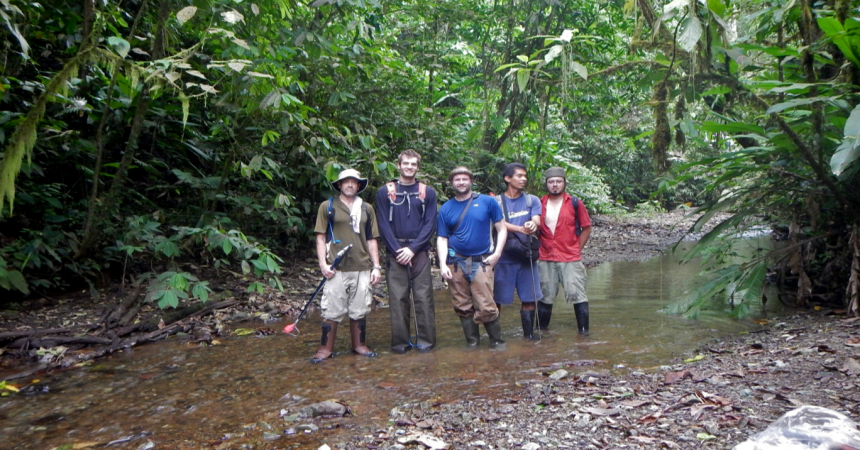 Most people don’t go looking for deadly pit vipers, but herpetologists aren’t most people. In February 2014, I was part of a research team that set out to document exactly where the black-headed bushmaster, Lachesis melanocephalus, can be found in its tiny range in western Costa Rica. This pit viper is rare in managed care—it’s an elusive species that’s seldom encountered in the wild, either. There just isn’t enough known about this species, so the goal for this trip, which was coordinated by the Stephen Spear, director of Wildlife Ecology at The Wilds, and assistant conservation scientist at The Orianne Society and VSG (Viper Specialists Group), was to evaluate habitat and locate the species, and then to document the GPS coordinates for each black-headed bushmaster we found, take measurements, and determine the sex. But first, we had to tackle the most difficult challenge: finding them. The search is on!

With the help of two field assistants and an indispensable local guide, Marcel Carvajal, we spent over two weeks searching for the large pit vipers in Costa Rica’s thick, hilly rain forest of Parque Piedras Blancas, subsisting on rice and beans, and sleeping in hammock tents strung between trees. The most common snake to be aware of in that area isn’t the bushmaster, though. It is another pit viper, the fer-de-lance Bothrops asper, which seem to be everywhere. They give live birth, and they are very prolific. We frequently encountered small ones gathered around water to eat frogs. In all, we saw about 15 fer-de-lances, including one that slithered right across a team member’s boot! During the course of our exploration, we found 42 different species of reptiles and amphibians. One creature we came in contact with more frequently than expected was the acacia ant, Pseudomyrmex; they live inside the huge bullhorn thorns of some acacia plants, where they are protected. They have a symbiotic relationship that is very beneficial and effective. The acacia tree provides nectar, food for the ants; in return, they protect the plant. The slightest disturbance of the tiny leaves triggers an immediate, massive swarming response from the ants. By the time you realize you’ve made the mistake of brushing into one, the stinging ants are on you—and the experience is very unpleasant. After a couple of incidents with them, you become more wary of the acacias in your face and waist than the prevalent lance-headed pit vipers at your feet. Although we were looking for bushmasters, we took time to appreciate the other denizens of the realm, like this South American forest racer Dendrophidion perarinatum.

But we were there to find bushmasters. Since they are most active at night, that’s when we searched, wearing boots and thick leather snake chaps. Toting a 75-foot plumber’s drain camera, we lugged through the forest, up and down steep embankments of thick vegetation. We used the camera to search inside numerous burrows that seemed like they would be just right for black-headed bushmasters. But nature has its hits and its misses. On this particular trip, sightings of the rare black-headed bushmaster evaded us.

Brett Baldwin is an animal care manager at the San Diego Zoo. 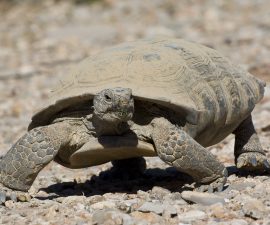