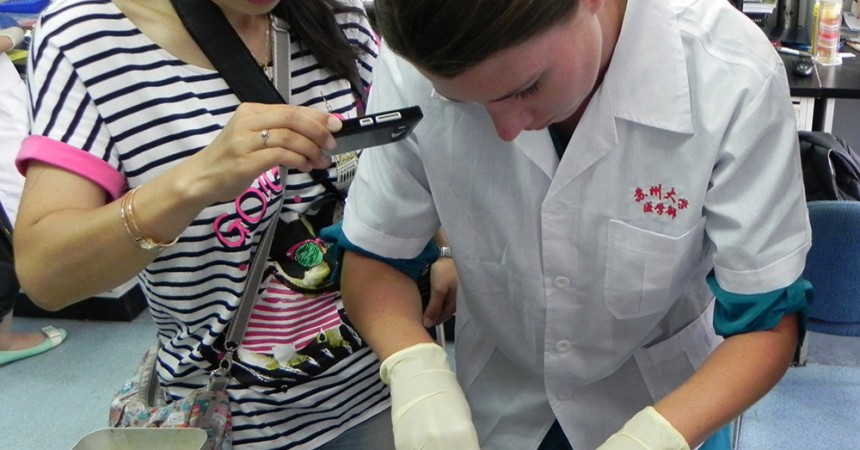 With the last remaining breeding pair in captivity, the Yangtze giant softshell turtle Rafetus swinhoei is one of the world’s most critically endangered species. Housed together at China’s Suzhou Zoo, the pair’s breeding success is crucial to the survival of their species.

Although the female has laid hundreds of eggs since 2008, none of her eggs have hatched and the lack of Rafetus hatchlings over the last several years has raised more questions than answers. My involvement in the Rafetus breeding program at the Suzhou Zoo began this past summer with the trip of a lifetime to help save the Yangtze giant softshell turtle from extinction.

As part of my Master’s degree, I am working in the Reproductive Physiology Division at the San Diego Zoo Institute for Conservation Research, developing a technique for oocyte membrane-bound sperm detection (OMSD) for use in the management of endangered turtles and tortoises. OMSD tests for the presence of sperm in eggs that fail to develop an embryo. This information, in combination with behavioral observations, reproductive history, and veterinary examination, can be used to make educated decisions about breeding pairs to increase the chance for future offspring. For example, an egg containing sperm indicates that the male is producing functional sperm capable of progressing up the female’s oviduct to the oocyte. Sperm absence, on the other hand, can point toward a reproductive problem.

Although the female giant softshell turtle has laid numerous eggs, none have been fertile.

With the help of the Turtle Conservancy’s Behler Chelonian Center, we tested OMSD on a variety of turtle and tortoise eggs. This exciting innovation led to a whirlwind trip, organized by the Turtle Survival Alliance and the Wildlife Conservation Society, to fly me to the Suzhou Zoo so I could examine eggs of the critically endangered Rafetus. Within days of the female Rafetus nesting, I was on my way to Shanghai. After almost 36 hours of planes, trains, and automobiles, I was greeted in Suzhou by turtle conservationist and my personal hero, Dr. Gerald Kuchling. We went straight to work, as I only had one full day in China before I needed to take a flight back to San Diego. We picked up the eggs at the Suzhou Zoo, where I got a quick glimpse of the female Rafetus, then drove straight to Suzhou University and I spent the afternoon examining as many Rafetus eggs as possible. After several hours hunched over a microscope, I made the disheartening announcement that I was unable to confirm the presence of sperm.

So what is happening between the pair of Yangtze giant softshell turtles? My results indicate that the male Rafetus is either not capable of successful copulation and insemination of the female, not producing sperm, or that he is making low quality sperm that cannot fertilize the female’s oocytes. Although discouraging, this new piece of information provides valuable insight into the potential cause of past reproductive failure. What’s next for the Rafetus pair in Suzhou? First and foremost, a comprehensive reproductive exam is needed to evaluate the fertility status of the male Rafetus. If the male is producing viable sperm, but is not capable of breeding with the female, collection of his sperm followed by artificial insemination could be used to circumvent the problem. In the event that the male Rafetus is deemed infertile, the female will require a new breeding partner.

At this point, it appears that the greatest chance of bringing another male Rafetus to the Suzhou Zoo lies in the hands of Dr. Kuchling, who has been working with the Kunming Institute of Zoology to locate other Yangtze giant softshell turtles in the wild. In the meantime, we continue to hold our breath as we wait for the results of the male’s reproductive exam. Although the odds seem stacked against the Rafetus, only time will tell whether this species can be saved.

Kaitlin Croyle is a research assistant with the San Diego Zoo Institute for Conservation Research. Read her previous blog, When an Egg Won’t Hatch. 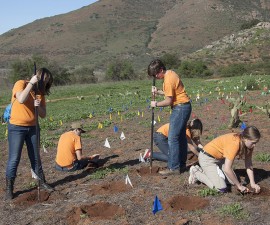 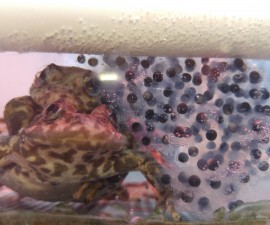 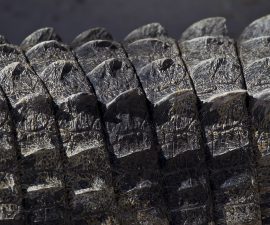 Like knights of old preparing for battle, some animals never …
January 16, 2018