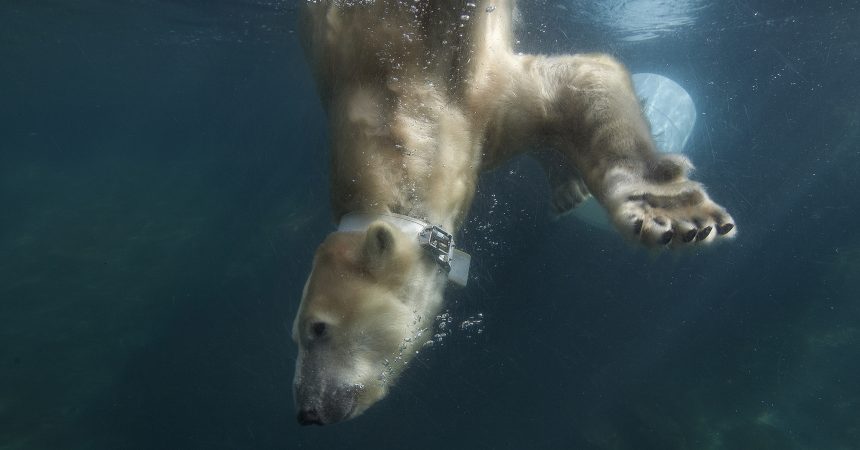 A new study on polar bear metabolism, behavior, and foraging success sheds important light on their energy demands. The study, published in the journal Science, found that polar bears have metabolic rates greater than previously predicted and greater than other terrestrial mammals of similar size. The study reinforces the understanding that polar bears are reliant on a diet of fat-rich seals to survive in the energetically demanding Arctic.

“We found that bears that were more active and moved greater distances had higher energy demands than less active bears,” says Anthony Pagano, a Research Wildlife Biologist with the U.S. Geological Survey (USGS). “As a result, bears showed remarkable fluctuations in body mass based on their foraging success, emphasizing the feast or famine lifestyle of these animals.” The study suggests that as Arctic sea ice diminishes and becomes more fragmented, it will further impact the energetic balance of polar bears by reducing their access to seal prey and by increasing their cost of travel.

This research was a collaborative effort led by the USGS and the University of California, Santa Cruz, with contributions by the San Diego Zoo, the Oregon Zoo, Washington State University and Polar Bears International. “The rapid pace at which sea ice losses are mounting means that we must work together to develop a science-based understanding of how polar bears will be impacted by climate change,” says Megan Owen, Ph.D., director of Population Sustainability at the San Diego Zoo Institute for Conservation Research.

Polar bears are listed as Vulnerable on the International Union for Conservation of Nature’s (IUCN) Red List of Endangered Species and listed as threatened by the US Endangered Species Act. If Arctic sea ice continues to decrease at the current rate, the world’s polar bear population is projected to decline by up to 30 percent in the next 30 years. For more than a decade, San Diego Zoo Global’s researchers and its U.S. and Canadian partners have focused on contributing to science-based conservation strategies, to preserve and understand wild populations of polar bears. Today, it is estimated that there are approximately 23,000 polar bears living throughout the Arctic. However, human-induced climate change reductions in sea ice have caused declines in the number of bears, with young polar bears having a higher mortality rate than adults. 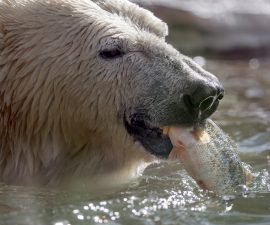 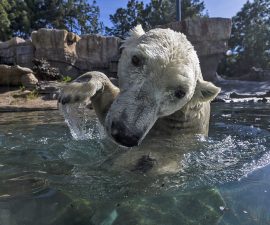 One of the questions we get asked most frequently about …
November 7, 2018 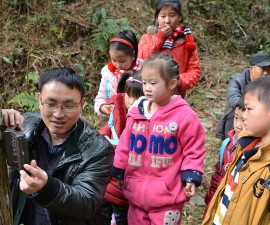