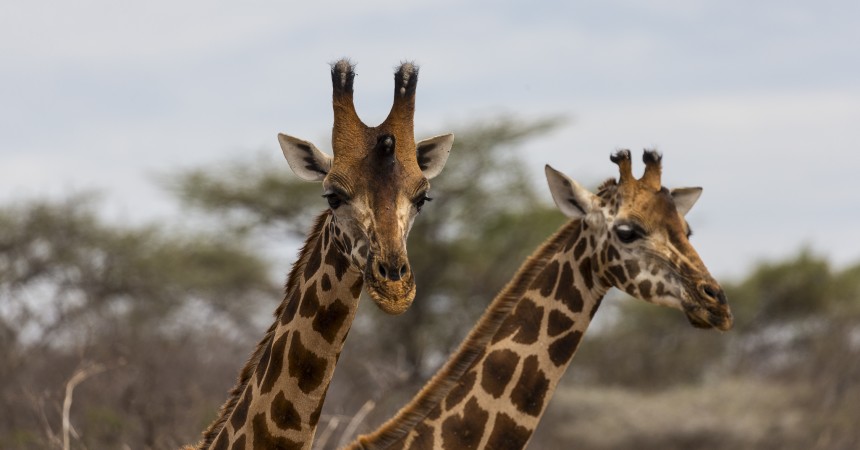 June 21, 2016 is World Giraffe Day, a good time to take a long pause and imagine how bland our world would be without these astonishing beings.

Imagine there were no towers (the apt term for a group) of giraffes overlooking the African savannas. Tragically, this is happening: these uniquely African animals have already become extinct in 7 African countries, and their total population has dropped about 40 percent over the last 20 years—from about 140,000 to an estimated 85,000 today. Of the nine types of giraffe, some subspecies only have a few hundred remaining, others a couple of thousand. The main causes for this, we think, are habitat loss and poaching. Losing giraffes means that not only would we lose some of the most special, iconic, and loved animals around the world (hugely popular in kids’ books, as toys, and as characters), but it would also have a profound effect on the savanna ecosystems. It would negatively affect other species that depend upon or interact with giraffes; like removing a part from an engine, the ecosystem just could not function as well, or perhaps at all, with that piece missing. We’re still uncovering the importance of giraffes to ecosystem functioning, but in the dynamic savannas, giraffes are seed dispersers. They promote fresh plant growth, as well as being food themselves for large predators.

Over the past year—and thanks to the vision, generosity, and support of San Diegans and other Heroes for Wildlife from around the globe—we have taken action with our collaborators and have begun a community-involved giraffe conservation initiative in the vast northern Kenyan rangelands, the last strongholds of the reticulated giraffe (which you can visit at the San Diego Zoo Safari Park). We still have a lot to learn about this species—including how they live, where they go, and even how many are left. Current estimates are that there are fewer than 9,000 remaining. My colleague, Kirstie Ruppert, and I spent the month of May kicking off the project. We hired and trained a team of five Kenyans from the local communities as Twiga Walinzi (Giraffe Guards)—a brilliant team that will work as field researchers and protectors. Our goal is to help build capacity of the team, so that this is a Kenyan program.

Led by the fantastic Symon Masiaine, the Twiga Walinzi will gather more information on giraffe populations and develop a photo ID database, so we can track individual giraffes. In addition, they’ll manage a network of 120 camera traps that will allow us to monitor giraffes and other wildlife over a vast area automatically, and will conduct snare removal patrols and inform rangers about poaching incidents. The team will also work with and learn from communities that live with giraffes, to reveal the human dimension side of the equation: how people feel about giraffes and interact with them, how often they see giraffes, how much poaching they see, and whether or not they are consuming giraffe.

Additionally, we are supporting and assisting with an impromptu community giraffe orphanage, caring for young giraffes that have lost their parents to poaching, or in other ways. These young giraffes are cared for in their natural habitat until they are old enough to be safely released back to the wild and rejoin their towers. The Twiga Walinzi are also vital giraffe advocates, promoting giraffes and the benefits of giraffes, so that communities take ownership and pride in giraffes and work with us to prevent their extinction. Thanks to your support, we have begun this project—and with further support, we can add more giraffe guards and do more to protect giraffes in the wild. Despite all the bad news around giraffes, on this World Giraffe Day, know that there is still hope for giraffes. There is much that can be done to help them survive—and we can do it together!

David O’Connor is a research coordinator at the San Diego Zoo Institute for Conservation Research. Read his previous blog, Giraffes in Jeopardy. 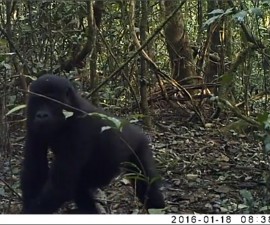 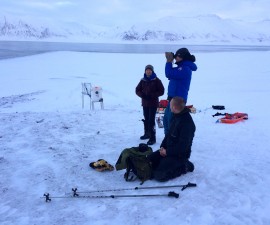 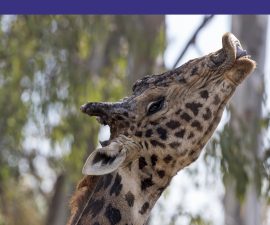