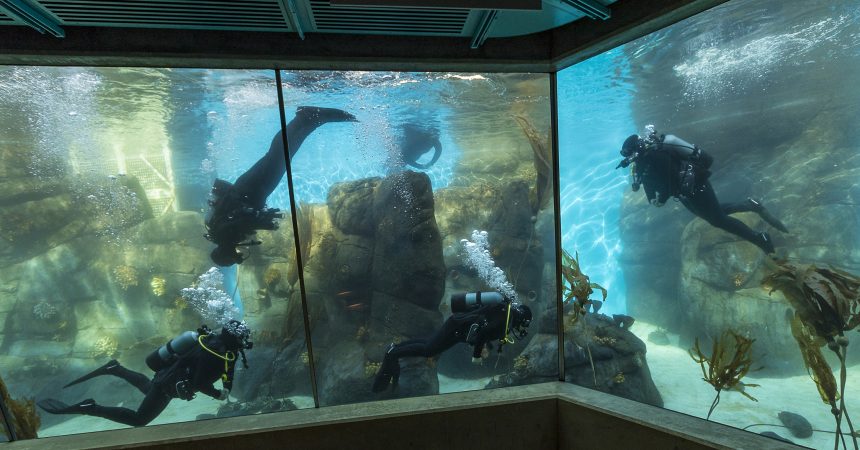 For the first time in its history, the San Diego Zoo now has an underwater dive team. Since January, a team of reptile keepers at the Zoo have been participating in specially adapted diver training sessions—learning the skills necessary to care for the new 200,000-gallon seawater pool that will soon be home to 20 African penguins, as well as a variety of fish and, eventually, bottom-dwelling California leopard sharks.

Divers will use the “buddy system” at all times when diving in the pool. Working in teams of four, two divers will enter the pool and two others will remain on the walkway above, watching the divers underwater, to ensure everyone’s safety.

One of the divers must be a “designated person in charge,” or DPIC. Fifty documented pool dives are required for a DPIC, along with all the other diver safety training requirements to be on the dive team. The DPIC will be responsible for acting in and overseeing emergency situations, carrying a radio and deciding when and if a dive needs to stop or be called off. All of the divers will be able to closely inspect the exhibit, move sharks into their holding pool for exams or observation, perform regular visual exams, and act quickly to take care of any medical or behavioral needs. With the construction of the new Penguin Beach exhibit in Africa Rocks’ Cape Fynbos habitat, the Zoo is increasing the space available for breeding endangered African penguins in North America. Zoo visitors will have front-row seats as our colony of African penguins grows.

The African penguin was once one of southern Africa’s most abundant seabirds, but it has suffered a massive population decline—decreasing from an estimated 1 million breeding pairs to only about 25,000 breeding pairs today. The biggest threats to the population include a lack of available fish due to overfishing, climate change, oil and marine pollution, habitat degradation and predation by seals, sharks and land-based predators.

San Diego Zoo guests will be able to visit the penguin habitat starting July 1, when the first phase of the new Conrad Prebys Africa Rocks opens. 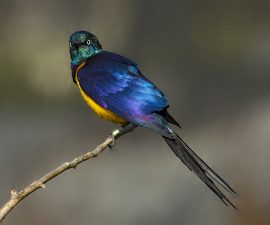 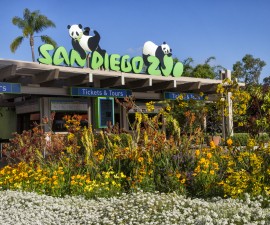