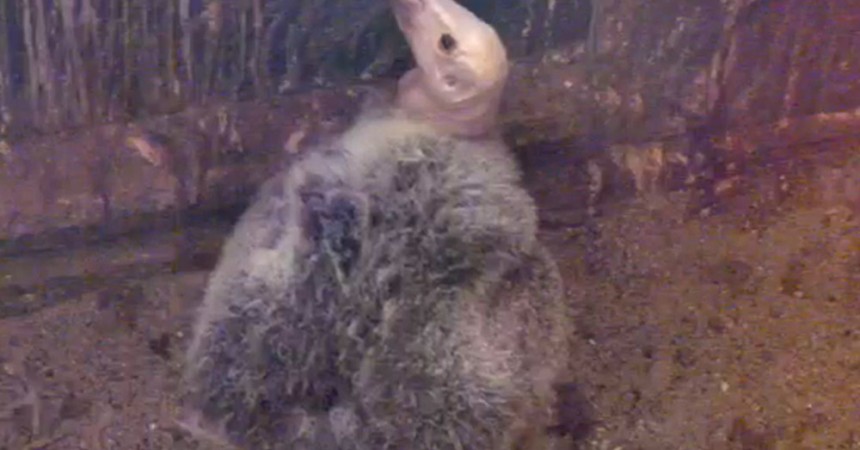 At approximately one month of age, our California condor chick should weigh around 4 pounds (2 kilograms). The parents, Sisquoc and Shatash, may start leaving the chick alone overnight, sleeping near the nest instead of in it. If the weather is still cool or it’s raining, the parents may continue to brood overnight until the weather improves. Even though the parents are increasing their time away from the chick, they remain VERY vigilant and protective of their nest and especially their chick. Some field biologists have even seen wild condor parents chasing black bears away from the nest area!

Up until now, the chick has been scooting around the nest on its tarsal joints. We refer to that as a “tarsal crawl.” It’s not uncommon, at this age, to see the chick standing all the way up on its feet, teetering around the nest, holding its wings out for balance. As its legs get sturdier, the chick may even approach the parent, begging for food. The “wing-begging” behavior we’ve been seeing will get more pronounced: lots of wing flapping, head bobbing, and trying to position itself in front of the parent.

At 45 days of age, the chick will get its first health exam. We will obtain a blood sample for the lab to make sure it is healthy and send a portion of this sample to a lab in the Genetics Division of the San Diego Zoo Institute for Conservation Research, located adjacent to the San Diego Zoo Safari Park. From this blood sample, the geneticists can determine if the chick is male or female. Also, during the exam, we will weigh the chick—it should weigh between 7.75 to 8.75 pounds (3.5 – 4 kilograms)—and inject a transponder chip as a form of identification. It’s the same kind of chip you can get for your dog or cat at the veterinarian. Most importantly, this exam allows us to administer a vaccine for West Nile Virus. West Nile Virus is disease that originated in Africa and was accidently introduced to North America by humans. North American wildlife, including condors, usually doesn’t have a natural immune response to West Nile Virus, so we are trying to give the chicks as much of a head start as we can.

This exam will be the first time that the chick will see humans, so it will naturally be disturbing for it. We try to be as quick as we can be (9 to 10 minutes) to minimize the disturbance. Additionally, we will keep the chick covered with a towel to reduce its exposure to humans and to provide it a bit of security. Sisquoc and Shatash are usually away from the nest when we perform the procedure in order to keep them as calm as possible, as well. We have to keep in mind that we don’t want the chick to become accustomed to or feel reassured by our presence; we want it to be a wild condor, uninterested and wary of humans, so that it may someday fly free in California, Arizona, or Mexico.

The chick will look very large at this age compared to how big it was at hatch, but remember that it is still less than half of its adult weight. There is much more growth and fun to come! 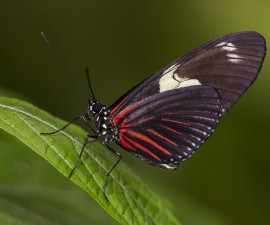 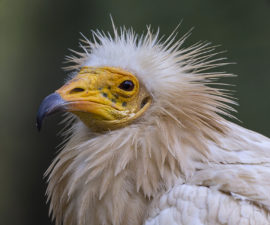 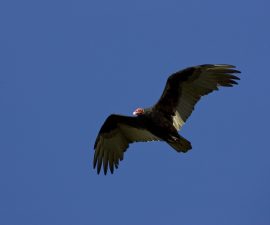