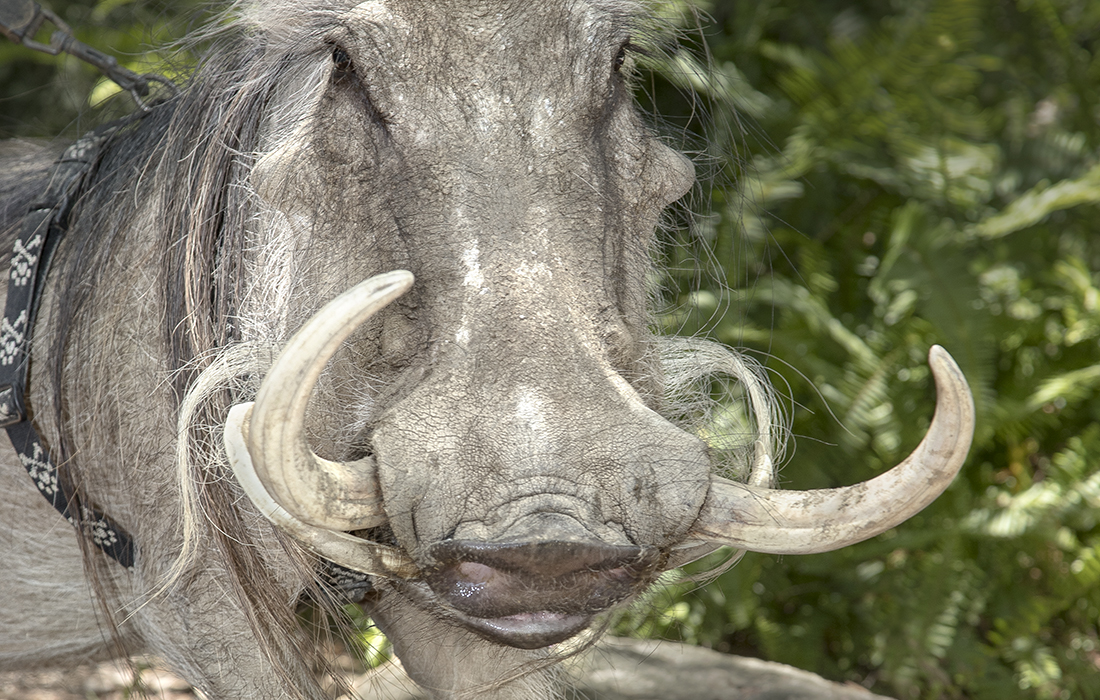 Up Close and Personal

Ambassador animals inspire people to make a difference for wildlife.

Warthogs have a reputation: they’re territorial, not fond of change, and can be a bit, well, pig-headed. They are also “incredibly intelligent,” says Safari Park animal training supervisor Janet Rose-Hinostroza, and she should know—she helped train the first-ever warthog ambassador, 12-year-old Bubba. She concedes that there have been times when Bubba’s been a bit stubborn. Once, while walking him on a leash, they had a difference of opinion about which way to go. Bubba had what Janet calls a “pig tantrum.” And what does that look like? “Just like a toddler tantrum—except you can’t pick him up and move him,” she says. “He threw himself on the ground and screamed, and all I could do was to wait it out.” Good thing animal trainers have plenty of patience—Janet spent an uncomfortable 20 minutes reassuring guests that Bubba wasn’t hurt. Once he decided to cooperate, she was quick to reward him for getting back on track, and he cheerfully resumed his stroll.

Ambassador animals like Bubba do more than delight onlookers. By making conservation messages relevant to a wide audience, they are powerful allies in our fight to end extinction. “Because they are comfortable around an audience, ambassador animals tend to look at people, and that allows guests to make eye contact,” says Rick Schwartz, ambassador for San Diego Zoo Global.

The experience can change hearts and minds—which has been proven by striped hyena brothers Puru, Tuli, and Tamu. Having hyenas as ambassador animals was “an unusual idea, for sure,” says Janet. “In 24 years of training animals, I have never worked with a species that’s been as vilified as the hyena.” she says. “But with these ambassador hyenas, we’ve been able to change a lot of kids’ minds about that. They learn how shy—and how important—hyenas really are.” KUSIKIA: BAT- EARED FOX
A spinal surgeon corrected a slipped disc that left Kusikia partially paralyzed, and her trainers provided physical therapy for eight months. Fully recovered, she’s out and about, demonstrating her digging skills and her remarkable hearing.

Similarly, a personal experience with a reptile can turn fear into fascination. At the Africa Rocks stage, visitors admire a black-throated monitor named Hasani (Swahili for “handsome”) as he flicks his long, forked tongue. Zoo trainer Bobby Brett says he was surprised and pleased by how quickly the lizard responded to training—training a reptile is different from the birds he usually works with. “His motivation is different,” says Bobby. “Reptiles are cold-blooded, and in addition to food, Hasani is motivated by warmth.” Keepers are discussing placing a heat source on a perch to encourage his natural behaviors, like climbing and sun basking.

Nicki Boyd, behavior husbandry manager, oversees ambassador animals and husbandry training at the Zoo. She describes how her team trained Cheka, a young serval, starting when he was just 12 days old. Several times a day, trainers gave Cheka’s mom the opportunity to move into a separate bedroom, and then they entered the area and played with baby Cheka. He was still nursing at first, so they couldn’t use food as a reward. Instead, they brought cat toys! After play sessions, mom and cub were reunited. Such co-raising benefits an animal, says Nicki. “It used to be that ambassador animals weren’t part of the breeding population. But when an animal grows up with its social group, it’s better able to interact and breed.” HELLO BURLEY!
Burley the koala is quite comfortable with the attention he attracts.

Some ambassador animals, it seems, “volunteer” for the job. Koala keepers at the Zoo regularly check on joeys in their mother’s pouch. While koala moms have no problem with their human friends getting so intimate, little joeys typically squeeze their eyes closed and snuggle up closer to mom. Not Burley! So, keepers began handling the little joey, who reveled in the attention before going back into his mom’s warm pouch. Because she knew and trusted her keepers, Burley’s mom was just fine with the arrangement, and Burley has made a fine ambassador for his species.

At the Safari Park, a Victoria crowned-pigeon named Kingsley shakes his lovely halo of head feathers, claps his bill, and issues a deep, resonant cry. “He wants us to pay attention to him,” says animal trainer Kara Walsh. Kingsley hatched in Wings of the World Aviary, but, like Burley, took a special interest in people—especially those in the strollers and wheelchairs that rolled through the aviary. “He thought it was great fun to land on someone’s lap and go for a ride,” says Kara.

Some people were thrilled to get such a close look at the magnificent bird. But, “a lot of parents—understandably—would get a little freaked out to see this big bird land on their child in a stroller.” So, Kingsley joined the Safari Experiences team; now he gets lots of opportunities to see and interact with people. Kara loves introducing visitors to the extraordinary bird. “Crowned-pigeons like Kingsley disperse seeds and regenerate the forest, and he helps us share the value of rain forests.” Being able to put a “face” on rain forest conservation makes a big impression on Park guests. SUPERB STARLING
Little Ringo fell and broke his wing, leaving him incapable of flying and unable to cope well in an aviary with other birds. The Safari Park’s Wildlife Discoveries team took him in, and now he shows guests just how amazing a little bird can be.

Spreading her 10-foot wingspan as she glides just over the heads of the audience at the Zoo’s Wegeforth Bowl, an Andean condor named Pelona makes a big impression, too. Kristi Lee Dovich, animal training manager, appreciates the attention that Pelona attracts. “Working with Pelona, we get to talk about the California condor recovery project,” says Kristi. “We talk about the environment, pesticides, and eggshell thinning.” She says that there are some things that people may have heard many times, but, “an animal like Pelona brings home the message.”

We’re planning a new home for our admirable animal ambassadors that live at the San Diego Zoo! Click here to find out more about them and contribute to Animal House!

Face-to-face experiences with wild animals can be life changing. Director of Collections Husbandry Science at the Zoo, Carmi Penny shares the story of what happened when a group of people from Kenya’s Sera Community Conservancy saw rhinos for the first time. Due to poaching, there hadn’t been rhinos in the region for more than a generation; but in 2014, the community created a rhino sanctuary, populating it with rhinos from the nearby Lewa Conservancy and other Kenya locations. When people from the Sera Community visited Lewa, they met orphaned rhino calves that had been hand raised.

“Up until these people met rhinos, some were reportedly under the impression that rhino horn was soft, like an elephant’s trunk. And, some of them even thought rhinos were spotted, like leopards,” says Carmi. Such experiences remind us that there is no substitute for face-to-face animal encounters. And the story has a happy ending. Under the care of the community members, there has been no poaching at the rhino sanctuary, and the rhinos there have given birth to two calves so far. ISA AND JAMBA: FOSSAS
Congenital dental problems indicated that Isa wasn’t a good candidate for breeding, but after eight surgeries, he’s doing fine. His brother Jamba was born blind. They are the only fossa ambassador animals in the world.

“Being in close proximity to a wild animal instills a sense of awe,” says Rick. But one thing he wants people to know is that wild animals—including ambassadors—do not make good pets. “I love them, but I would never want one in my home. That wouldn’t be good for them, or for me.” he says. “These are wild animals that retain all their natural instincts. We respect that.”

Training an ambassador animal takes a team of people, working seven days a week, with training sessions several times a day. “People see only the end result, which is just a sliver of the process,” Rick says. Thanks to dedicated animal keepers and trainers, encounters with ambassador animals show us things we could never imagine, and they remind us that we share the world with other species. Most of all, they remind us to care. 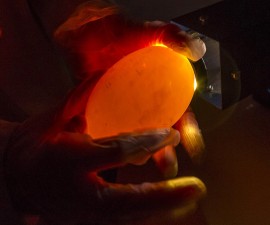 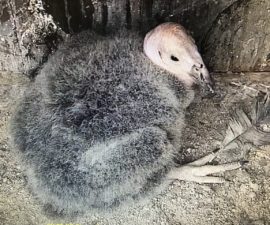