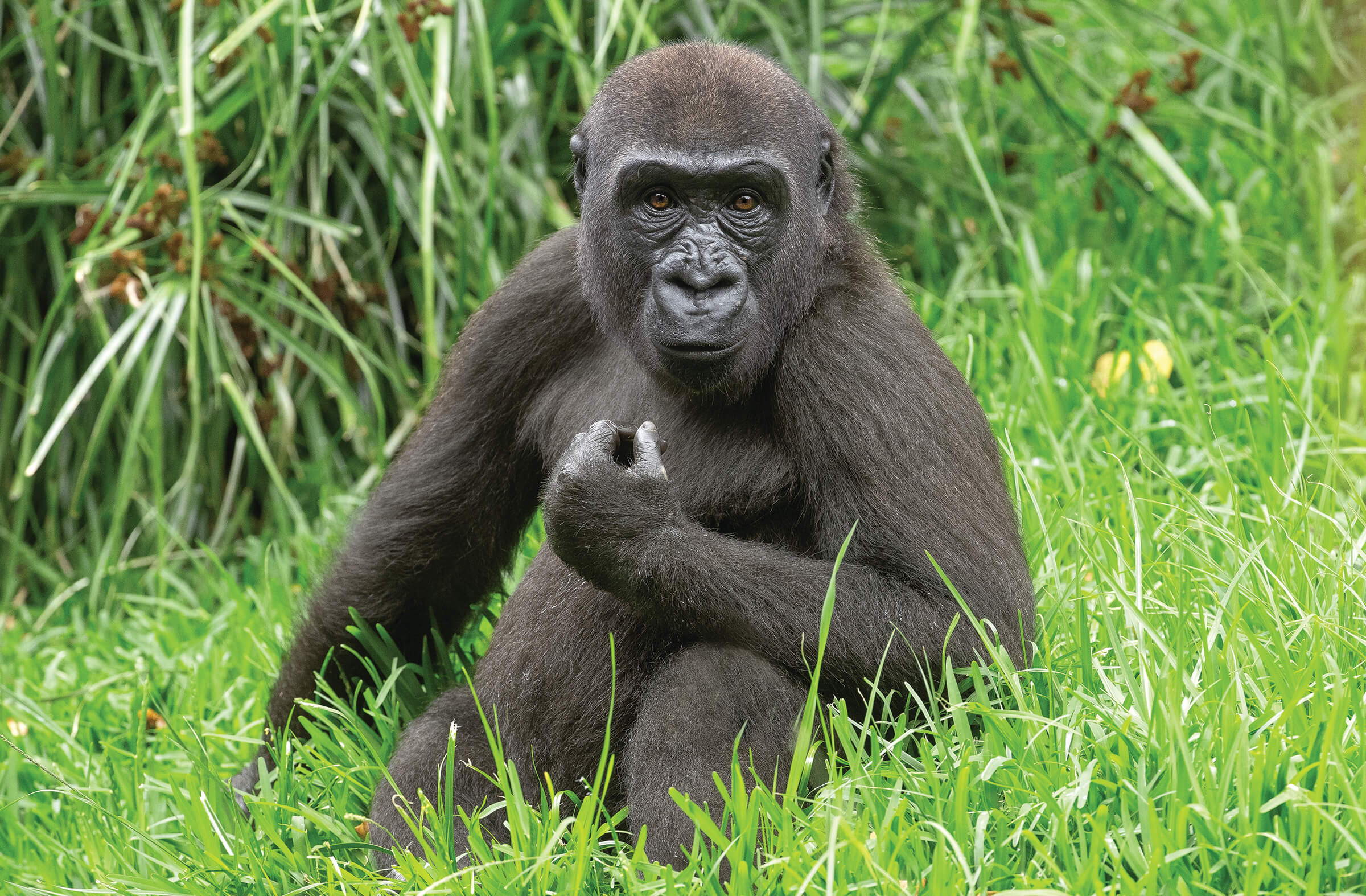 Protecting apes, monkeys, and more in the Ebo Forest

San Diego Zoo Global’s Central Africa Program is no stranger to the challenges that impact the most biodiverse and magnificent rain forests in Central Africa. When I started my conservation research work in the Ebo forest of Cameroon in 2002, studying the elusive drill, one of Africa’s most endangered and colorful primate species, I came across a group of previously unknown gorillas, hundreds of miles from the nearest known gorilla population. At that time, the main threat to the survival of the drills, gorillas, and other animal species in the forest was hunting to supply the commercial bushmeat trade. AT HOME IN EBO
Great apes like chimpanzees are among the vulnerable forest species needing protection. (Photo by: GarySandyWales/E+/Getty Images)

In the 18 years since our work began, our team of committed Cameroonian conservationists has struggled on a daily basis to protect gorillas, chimpanzees, monkeys, forest elephants, and other wildlife. Our manager, Ekwoge Abwe, joined us in 2003, and in early 2019, he was awarded the same postdoctoral fellowship that kick-started my work in Cameroon. Today, he manages a dedicated staff of 15, who work under extremely challenging conditions to improve the conservation outcomes for some of the most endangered species in Africa. PERFECT SPOT
Installing trail cameras along key pathways and animal routes in the forest can provide a wealth of information about the biodiversity in Ebo. (Photo by: Daniel Mfossa)

During the first 10 years, we conducted our field research from tented research stations positioned deep inside the Ebo forest. This allowed us to observe monkey groups regularly, inventory the bird life, and monitor a series of defined areas to study the diversity and abundance of mammal species. In 2012, we broadened our approach to include working within the human communities surrounding the forest. We realized that it was only through engagement and collaboration with local people that the forest would ultimately be protected. CANDID CAMERA
Among the animals photographed by the trail cameras are two of the key study species, chimpanzees and gorillas.

Our “Clubs des Amis des Gorilles” (Gorilla Guardian Clubs) were established by engaging three local communities in the protection of gorilla habitat in the northeastern Ebo forest. Our work with communities to the north and west of the forest includes locating and sharing information about the critically endangered Preuss’s red colobus—Ebo has one of only two remaining populations worldwide of this shy, leaf-eating monkey. A UNIQUE HABITAT IN PERIL
Two new logging concessions are threatening the work of the Gorilla Guardians Club, the livelihoods of local communities, and nearly the entirety of Ebo Forest. However, researchers, think there is a way to preserve Ebo Forest while still creating economic opportunities. (Photo by: Daniel Mfossa)

This work is critical, given that Central Africa is experiencing a massive expansion of large-scale agribusinesses, including palm oil plantations, which often convert high-quality rain forest to stands of palm trees that do not allow other species to flourish. Not only is this devastating for local biodiversity, but it also removes land from local communities and results in an influx of workers who inevitably put pressure on the remaining rain forest with activities such as hunting and subsistence agriculture.

By working with communities around the Ebo forest, we are able to highlight these impacts and encourage social empowerment of previously marginalized communities. In particular, our work with the network of traditional chiefs has led to a resurgence of pride in traditional societal structures and land management practices, building on ancient knowledge and providing community structure, education, and increased dignity. We also encourage the establishment of women’s groups in communities where women are engaged in small-scale farming activities to feed their families. RESILIENT
Researchers have found that the Ebo forest is home to one of the healthiest remaining populations of the highly endangered drill Mandrillus leucophaeus. (Photo by: Bethan Morgan)

A Vision of Pride

We are supporting the three communities near the Ebo gorilla population to instigate a community-sanctioned exclusion area in the forest, not only to protect gorilla habitat but also to support a long-term vision of pride in the Ebo forest. Although this project is currently known as the “no-go zone,” it will be the communities that will eventually decide its name and enforce the community-endorsed rules that will protect the land. This represents a collaboration between traditional chiefs, their communities, and the regional ministry of forestry and wildlife.

Concurrently, we are working with traditional chiefs and regional and national government administrations to encourage a land use planning process to determine the future of the forest and how to best protect its cultural and biological riches. This endeavor is gaining traction, and we are currently developing a long-term funding strategy to bring our stakeholders together to focus national political attention on the Ebo region. If successful, this effort will protect the most important remaining habitat for a variety of flagship species in Central Africa. PROTECTORS OF THE FOREST
Many former hunters now make up the Clubs des Amis de Gorilles, which translates to “Gorilla Guardian Clubs.” Instead of hunting in the forests for bushmeat, members patrol the forest alongside staff from the Ebo Forest Research Project. (Photo by: Daniel Mfossa)

Gorilla Guardian Clubs: In 2012, we added a new focus to our conservation work: establishing voluntary community groups in the three communities closest to the gorilla population. This initiative started with a handful of young, dedicated ex-hunters who realized, through working with us, that unless hunting pressure is reduced, many of the magnificent species would never be seen by their children. Membership in the voluntary club continues to grow. We issue membership cards and organize regular community events, including storytelling by village elders, activities for primary schoolchildren, and participation in Cameroon “fête days” for women and youths. More than 50 percent of adults in each community participate, working with us to monitor threats to gorilla habitat, join in community engagement activities, and join small-scale sustainable livelihood projects to raise the quality of life in remote communities that have no access to healthcare, electricity, or running water. NEW TO SCIENCE
In 2018, this species of the genus Pseudohydrosme was discovered in Ebo forest, only the third known species. An official scientific description of the plant is still being worked on. (Photo by: Xander van der Burgt©Trustees of the Royal Botanic Gardens, Kew)

Plant research in Ebo forest: Since 2002, we have been collaborating with the National Herbarium of Cameroon and Royal Botanic Gardens in Kew, England, to bring conservation attention to some of the rarest and most range-restricted plant species on Earth. We have discovered no fewer than 14 species new to science, from tiny flowering plants that cling to rocks in fast-flowing rivers to huge rain forest trees. The growing inventory of species recorded from Ebo will be published in a Checklist of the Plants of the Ebo Forest in the coming years, and it will be used to demonstrate the richness of the forest and provide yet another reason to encourage protection of its biodiversity. Preparations are now under way for a botanical inventory to the west of the Ebo forest by a team led by our collaborators at Kew. BEGONE, INTRUDER
A trail camera took photos of a male elephant every time he repeatedly charged at the thing that was clicking at him.

Trail Cameras in the Ebo Forest: We installed 12 trail cameras in the Ebo forest in 2010, and soon had images of a whole range of species. The cameras are managed by our staff and the Gorilla Guardian Clubs, resulting in the local communities being fully on board with the forest monitoring. To date, we have videos of chimpanzees, gorillas, and a male forest elephant, which charged one of our cameras repeatedly, trying to make it go away! We have recently invested in 20 of the latest high-quality cameras to try, in order to see if the improved footage will allow us to identify individual gorillas. 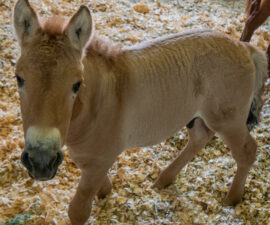 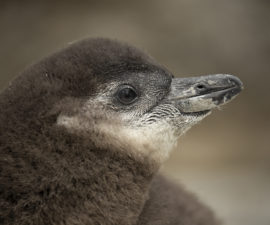