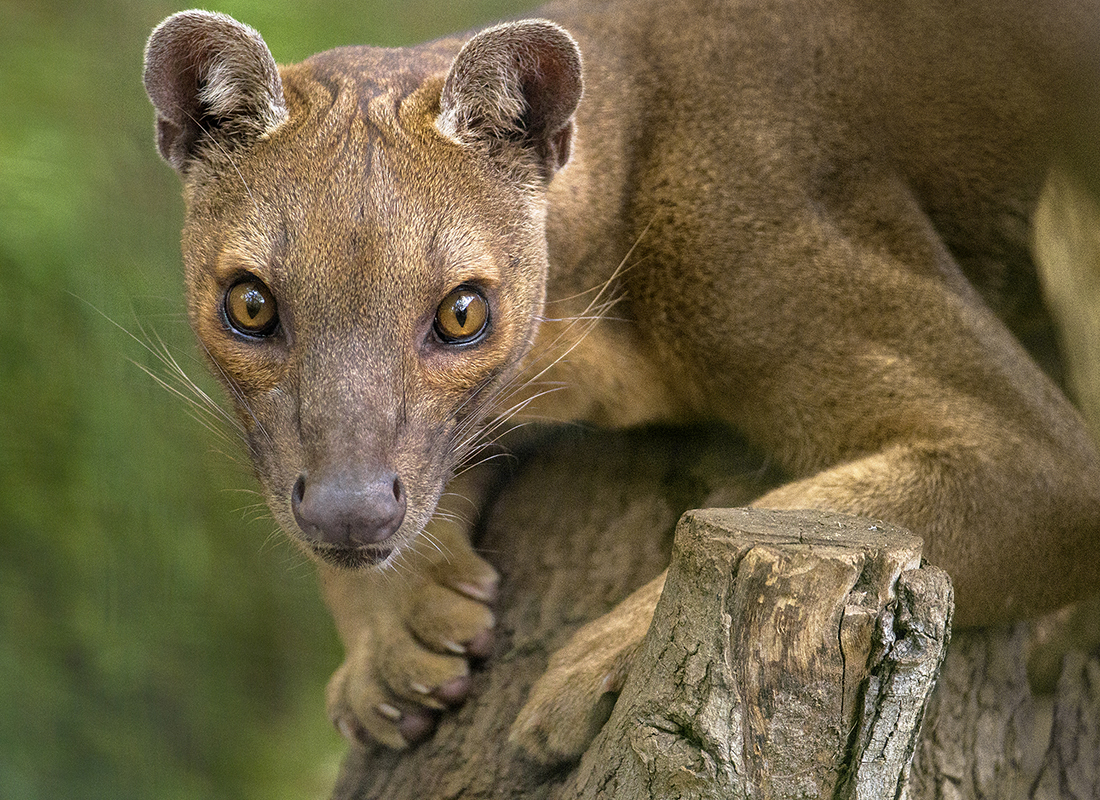 Separated from the main African continent, this island is full of wonders.

There are 10,200 species of flowering plants found only on Madagascar

Madagascar has been referred to as the eighth continent for good reason. This magical land in the Indian Ocean, roughly twice the size of Arizona, has been isolated from the African continent for millions of years, leading to a high proportion of endemic plant and animal species. In addition to over 3,000 miles of coastline, this island nation is tropical, temperate, and arid, running the ecosystem gamut from lush rain forests to tropical dry forests and deserts. The Madagascar Forest habitat in Conrad Prebys Africa Rocks represents elements from two types of forest: dense rain forest and dry spiny forest.

At Home on the Rock(s)

Home to a kaleidoscope of plants and animals, Africa Rocks will treat visitors to a “swinging” group of primates called lemurs. These prosimians (which means “pre-monkey”) of Madagascar are related to monkeys and apes and evolved in a highly seasonal climate with few predators. They radiated out into various niches across the island. Africa Rocks will bring guests nose-to-nose with red ruffed, red-collared, ring-tailed, and blue-eyed black lemurs, as well as the stunning Coquerel’s sifaka (si-FAHK).

DASHING AND DIVERSE
Lemurs are native to Madagascar and come in a wide variety of sizes and coloration. Pictured from left: Red-collared lemur, Coquerel’s sifaka, red ruffed lemur. Below, is a ring-tailed lemur with her baby.

Lemur diets vary among species, loosely according to size: smaller species feed on fruit and insects, while the larger types feast mostly on plant material including fruits, leaves, flowers, nectar, shoots, sap, and bark. They rely on their sense of smell to communicate with one another, as they lack intricate facial muscles, which other primates use to communicate in a more nuanced fashion. Lemurs have a broad range of vocal “songs” that echo through the forest. Male ring-tailed lemurs even have “stink fights” with others, by rubbing their forearm scent glands along their long tail and waving it in their opponent’s face. All these natural habits bode well for experiencing the action at Africa Rocks!

700 species of animals are native to the Madagascar rain forest

For these island dwellers, environmental hazards are exacerbated—there’s nowhere for them to run—and slash-and-burn agriculture, mining, expansion of human settlements, and hunting all pose grave threats to the wildlife in Madagascar. San Diego Zoo Global is a founding member of the Madagascar Flora and Fauna Group and is working with the Malagasy government to help mitigate habitat destruction, provide alternative economies, and teach youngsters about the wondrous creatures in their own backyard. The new lemur exhibits in Africa Rocks will provide the space for the Zoo to participate in breeding programs to help provide robust populations of these unique primates in North America.

IIt’s a dog! It’s a cat! It’s a…fossa (FOO-sa) Cryptoprocta ferox. This stealthy carnivore is actually more closely related to the mongoose. This apex predator of Madagascar hunts by day and by night. Consuming wild pigs, reptiles, rodents, birds, and lots of lemurs, these animals help to keep ecosystems in balance and other animals on their toes. They are difficult to study in the wild due to their secretive nature, but visitors can see them up close in Africa Rocks.

Pack Your Trunk …with Water

One of the top 200 most ecologically significant regions on the planet is the spiny forest of southern Madagascar. This parched, hot, diverse landscape is home to the elephant tree, called the jabily by the locals. GROOVY!
The elephant tree is well-equipped with grooved bark to help channel rainfall to its roots.

The tree’s trunk swells with moisture from sporadic rainfall to live on during the dry periods. Its grooved bark helps to funnel water straight to the roots. Growing 30 feet in height, the elephant tree is refuge for birds, lemurs, and other mammals. 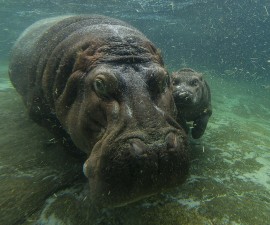 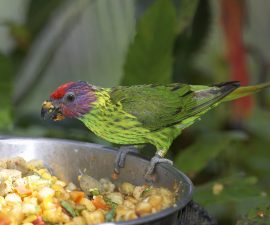 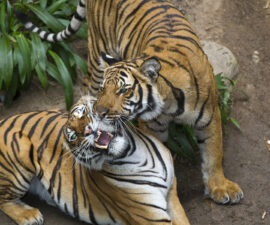