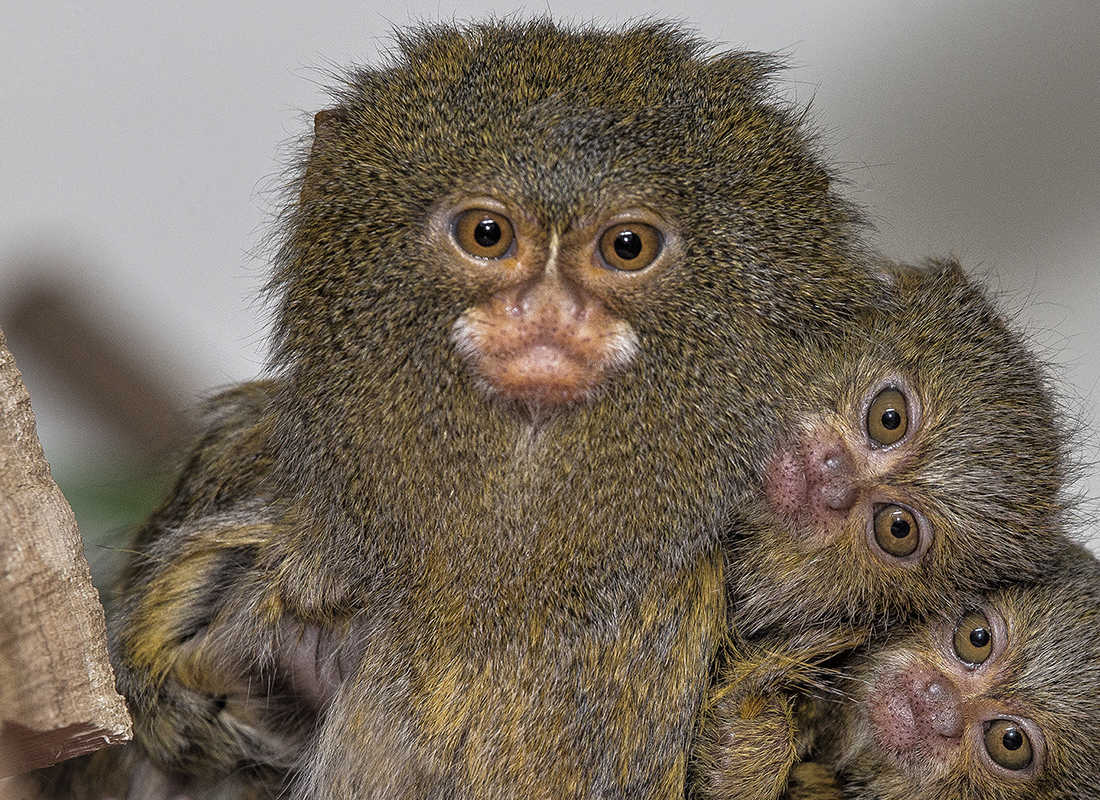 Fathers to celebrate in the Animal Kingdom

In honor of Father’s Day, we’d like to highlight some extraordinary dads of other species that go to heartwarming—and harrowing—lengths to get their progeny off to a promising start. While some animal fathers are famous for their “dine and dash” reproductive strategy, leaving the little ones for mom to nurture, many other dads take their role seriously, even at their own peril. One documentary-worthy example is that of the nattily feathered emperor penguin. Endemic to Antarctica, this four-foot-tall, flightless bird finds a mate, and soon the female lays a single egg. She carefully hands it off to her chosen one and waddles away to swim and fish for the next two months. The male faithfully incubates the egg atop his feet; a warm layer of featherless skin called a brood patch protects the egg from the elements. While he huddles with other fathers-to-be, they endure raging blizzards, scathing winds, and the coldest temperatures on the planet. Despite two months of intense male bonding, the die-hard dads lose about half of their body weight by the time mom returns! While most paternal roles are not quite that extreme, plenty of dads go above and beyond to ensure their offspring have a fighting chance. When Daddy is “back brooding,” he’s not on the couch depressed. In fact, when he’s a back-brooding ferocious water bug, Dad is literally shouldering more than his fair share of responsibilities. After mating, the female ferocious water bug glues her eggs onto the back of her up-to-1.5-inch-long mate and leaves the incubating, protecting, and cleaning to him. Laden with about 150 offspring, his once smooth back now resembles that of a hedgehog! The devoted dad keeps the eggs clean, and he does deep knee bends to aerate his charges. Later, he dries them off to make sure they are parasite- and fungus-free. Once the eggs hatch, he welcomes his tiny ferocious water bug babies into the world, and they join the ranks of fierce freshwater predators. While many bird species use flamboyant feathers to attract a mate, then leave town, some bird fathers stick around and help raise the chicks. New World vultures are equal opportunity species, with dads taking on parenting duties like scavengers to a fresh carcass. Of course, it’s an acquired skill, with some fellas a bit clumsy at first, but they are soon rolling and warming eggs with the best of them. For instance, Sisquoc, a California condor at the Safari Park (often featured on our Condor Cam) was a bit rough with the eggs and chicks at first, but “with experience, he has developed into one of our most caring and reliable fathers at the Safari Park,” said Ron Webb, senior keeper. He went on to explain that “California condors tend to be monogamous and share all the nest duties: incubating the egg, brooding and feeding the chick, and defending the nest.” Sisquoc and his mate Shatash take turns incubating the egg and sometimes will sit together on the nest. “We are accustomed to seeing these big birds tear into their food, so it’s pretty amazing to see how tender and gentle they can be with their eggs and chicks,” he said. Awwww. Also called the lily-trotter for its penchant for dashing across the water atop lily pads, the jacana is a lesson in role reversals. A female is nearly twice the size of a male, and she patrols a territory the size of two football fields. After breeding with a male, who has constructed a nest of leaves and stems, she leaves her four-egg clutch behind for him to deal with. WALKING ON WATER
Jacana birds are famous for their ability to “walk on water,” dashing over lily pads and other vegetation to cross a waterway. Males make dandy dads, too!

The male tucks two eggs under each of his wings for safekeeping and incubation. Should his watery nest begin to sink, he will haul the eggs under his wings to a safer location. Meanwhile, the gutsy gal on the go blithely breeds with other males in her “harem.” This feisty female will even defend incubating males from other females. The pheasant-tailed and northern jacanas go completely Type A on fatherhood and pick up the empty shells of their newly hatched chick, and then fly several yards away to dispose of them, presumably to deter predators from the nest. It’s no secret that clever, big-brained primates like ourselves need all the help we can get learning the ropes of our culture and how to behave appropriately. (The latter being a lifelong process!) Most other primates share our need for maternal, paternal, and group care. Unusual among great apes is the orangutan: a female gives birth to a single baby, which is raised exclusively by the mother for up to eight years! Other great apes—gorillas, bonobos, and chimpanzees—are more even-keeled in their parenting responsibilities and providing a safe environment for the young. While a 400-pound silverback gorilla will fearlessly defend his troop, he also shows infinite patience and care toward the little scamps, calmly mentoring them toward maturity. In the photo above, Paul Donn and little Frank share a moment at the Zoo. TWINSIES!
Pygmy marmosets tend to have twins, so it’s good thing Dad steps in to tote the tykes about, only handing them over to Mom for feeding.

You don’t have to be a great ape to be a great dad to your babies! Little arboreal monkeys called marmosets and tamarins of South America tend to have twins, so dad embraces his role from midwife (cleaning the newborns and biting off the umbilical cord), to nanny, to stroller. As mom’s interest in the babies quickly wanes after birth, the male and older siblings take charge, grooming and toting the tykes about, only relinquishing them to mom for bouts of nursing. These pint-sized primates rely on each other to help raise the twins, as the physical strain on mom has been equated to a 120-pound woman giving birth to a 30-pound baby. Who wouldn’t want help with that? In some non-domesticated canine species like African wild dogs, dholes, and wolves, doggy dads are highly devoted to their pups. While mom dens up to give birth, dad stands guard outside, leaving only to hunt for food to share. Many pups cannot digest meat for the first couple of months of life, so dear dad does the domestic deed of regurgitating the meat for all the little ones. ON GUARD
Dhole Dads are highly committed to the family unit, guarding the den while Mom has the puppies and sharing his food with them once they are old enough to eat meat.

When dhole pups are born at the Safari Park, keepers watch dad to make sure his giving nature doesn’t get the best of him, and he keeps enough food down for himself. It’s a pack effort to help the alpha pair raise pups, so older siblings babysit the newbies while mom and dad head out for a bite to eat. Happily, they always bring home a doggy bag.

When it comes to coparenting, the Animal Kingdom abounds with devoted dads on land, air, and sea that do their fair share to ensure the next generation thrives. Happy Father’s Day to all! 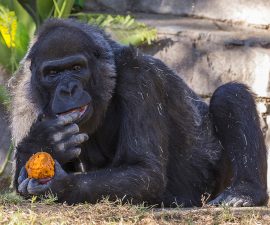 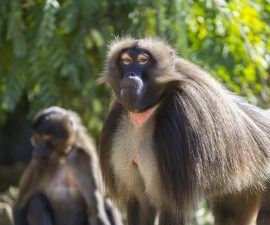