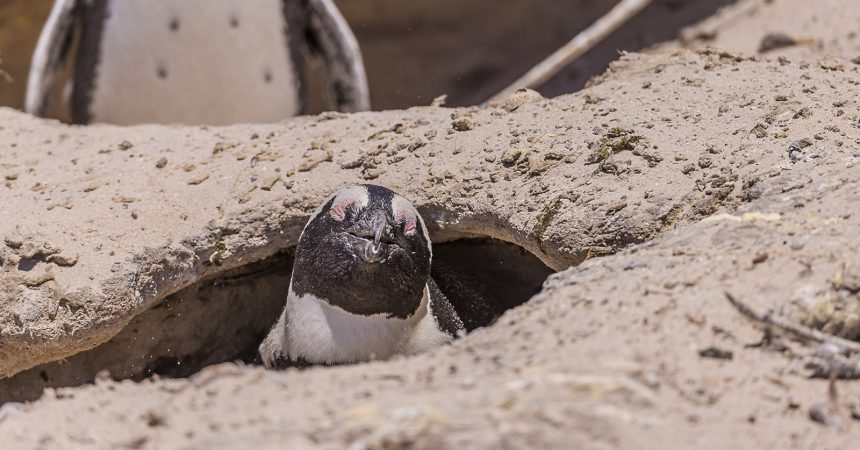 If you have any friends who are zookeepers, you are probably aware of their affinity for discussing poop in conversations. As a zookeeper myself, it is not uncommon for me to bring up the topic (sometimes even during dinner or at other inappropriate times); but the other day I caught myself carrying on about guano—the accumulated excrement of seabirds, insects, or bats. In this case, the guano I was referring to was the seabird guano that African penguins use to make their nest burrows. African penguins on the beach.

In their native habitat, African penguins have three options (much like Goldilocks!)  to make their burrows; sand, rocks, or guano. Sand is soft and will cradle their eggs and chicks, but may collapse and not cover them when the penguins dig deep to find protection from the sun. Rocks are too hard for penguins to tunnel into and are not very compatible with eggs. Of course, rocks, if they are propped up just right, can provide shelter from weather and predators, but the perfect burrows would be few and far between. So, the third option for the penguins is—guano. The guano that the penguins use has been deposited and hardened over time, but remains soft enough for penguins to burrow into. It’s good protection from weather and predators. As a bonus, it also repels ticks and other parasites. Not only is guano an amazing nest substrate, it is highly sought after by humans as a fertilizer because it has high concentrations of nitrogen, phosphate, and potassium that are essential to plant growth. And therein lies the problem.

As the trend for natural and organic products in the agricultural and horticultural industries continues to grow, so does the demand for guano. This has lead to harvesting of guano around the world, leaving many species of penguins—including the African penguin—without a place to burrow and nest.

Along with overfishing, habitat loss, and climate change, the lack of nesting options is one of the issues that are pushing the African penguin towards extinction. Because of this, the San Diego Zoo has helped fund a nest box project, in which many different experts are working together to build and test the best artificial nest box that could help penguin populations in need of nesting spaces. Prototype nest boxes were made with different materials, shapes, and colors to find the combination that will work the best for nesting penguins and stand up to weather conditions.

While on a conservation trip in South Africa in 2016, I was able to see the nest boxes that are being tested. Currently they are testing 12 different nest boxes by placing all the nest boxes facing the same direction in direct sunlight. Each box has a monitor inside to record the temperatures inside the nest boxes. While none have been officially deemed the best nest, some prototypes are beginning to stand out from the rest.

However, the prototype that appears to provide the best protection from weather and the elements still lacks any sort of pest control properties. So, the project continues.  The search is on to find a separate solution to the pest control issue, because the natural ability of guano is so amazing that it is difficult and nearly impossible to artificially create all the same benefits in one solution!

Anne Knutson is a senior keeper at the San Diego Zoo. Read her previous blog, Be Their Voice. 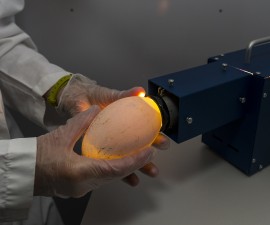 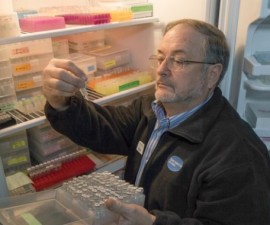 What is astounding, and hopeful, is that the frozen cell …
September 15, 2015 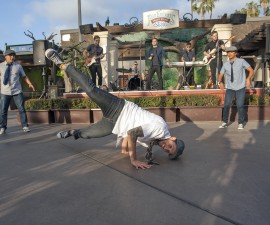