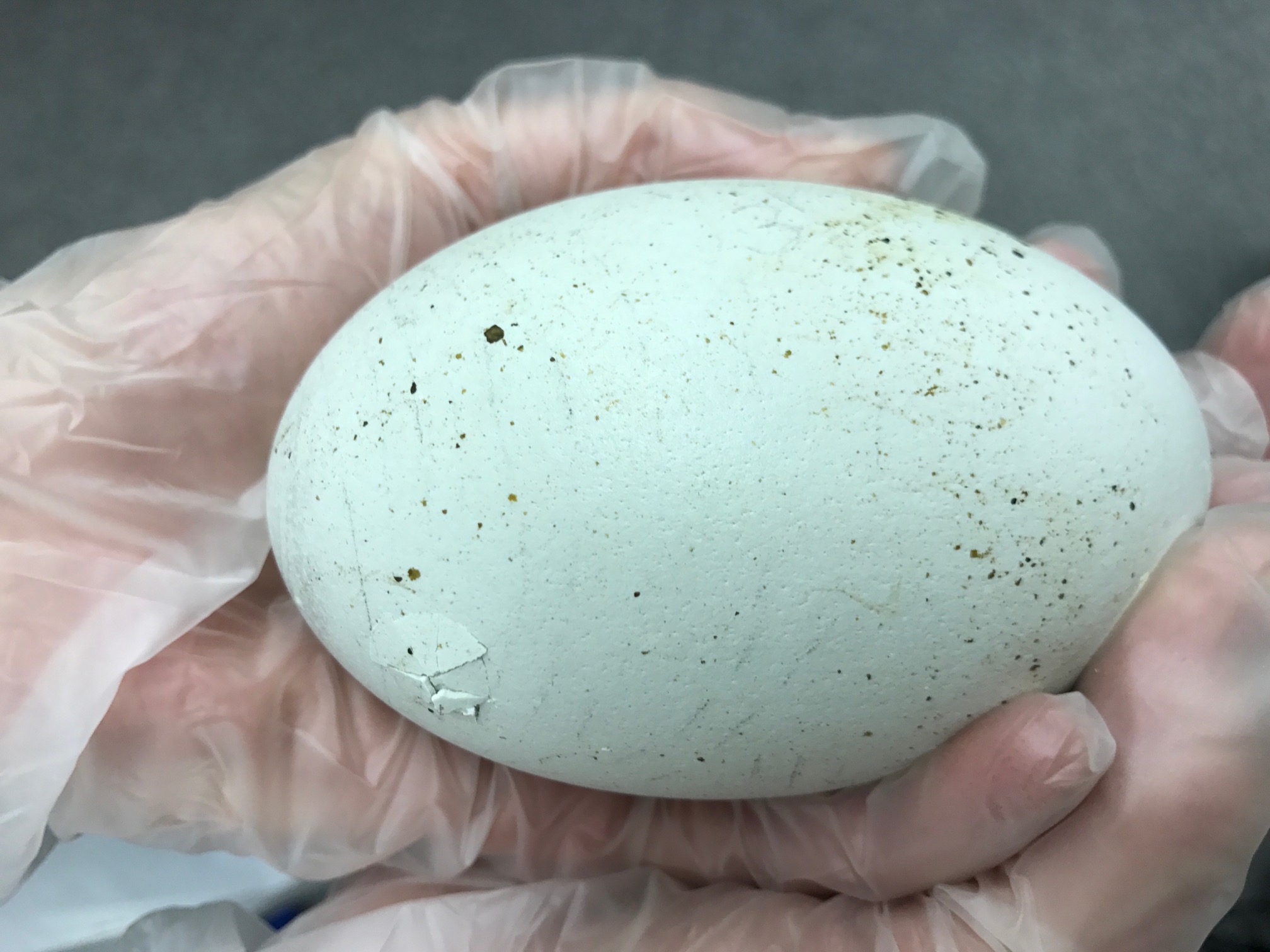 The big hatch day is quickly approaching and our devoted California condor parents, Sisquoc and Shatash, have been patiently caring for and incubating their egg. Well, actually, they’ve been caring for a wooden egg that we refer to as a “dummy” egg. We use a dummy egg as a type of placeholder until their real egg is ready to hatch. It’s not as if we don’t trust them with a real egg; on the contrary, they have proven to be very reliable parents! When we artificially incubate the eggs, and let the parents sit on a dummy egg, we can more closely and conveniently monitor the egg’s progress and offer any necessary assistance without disturbing the doting parents. When the real egg is about to hatch, we carefully switch it with the dummy egg.

California condor eggs start the hatching process after 53-56 days of incubation. The process can first be seen when the air cell begins to quickly expand. The air cell is a pocket of air at the big end of the egg. Next time you crack open a chicken egg at home, look for the air cell. Once the air cell expands against the embryo’s beak, the membrane of the air cell is pierced, initiating pulmonary respiration—this is the first time the condor chick breathes air. The chick breathes in more oxygen than can enter through the pores of the eggshell. Consequently, carbon dioxide builds up in the egg. This buildup stimulates the chick to start pushing from inside the egg until the shell is finally broken. A dime-sized bump is raised in the shell. This is called a “pip.” A welcome sight: a bump in the condor egg shell signaling the chick is beginning to hatch out!

Once the chick pips the shell, more oxygen can enter the egg and the chick continues with the hatching process. Blood vessels lining the interior of the egg are shut off; the yolk sac is retracted into the chick via its umbilicus. We obviously cannot see these processes, but we can see the chick breathing, pushing or poking at the pip site, nibbling on shell membranes, and enlarging the pip site by breaking more shell. Every once in a while, we can even hear the chick squawk from inside!

When the yolk sac is fully retracted and the blood vessels are ready, the chick begins to rotate inside the egg. As the chick pushes against the interior of the shell, it rotates inside the egg, breaking shell as it does so. As you can imagine, this is a very tiring activity for the little chick! The parents don’t break off any new shell for the chick, but they do remove broken pieces of shell. When the chick is almost fully rotated, it starts to push harder inside the egg, resulting in the shell expanding until the top of the egg comes off. This is called “capping.” At this point, the parents will help the chick more, removing the capped shell or even pulling the bottom of the eggshell off of the chick. This is when we consider the chick hatched!

The pip-to-hatch period can vary for each species of bird, but for California condors it can last between 48 and 72 hours. We have seen some parent-hatched chicks take a little longer (about 85 hours) to hatch with no ill-effects.

Sisquoc and Shatash’s egg started the hatching process at 10 a.m. Wednesday, April 5, when the chick pipped the shell. We returned the pipped egg to the parents at 10 a.m. Thursday, April 6, about 24 hours after pip. We quietly snuck into the nest box while they were out eating in their flight pen to exchange the real egg for the dummy egg. Shatash returned to the nest and settled back onto the egg, but now it is moving a bit and squawking underneath her! 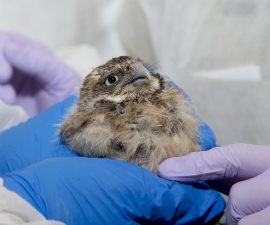 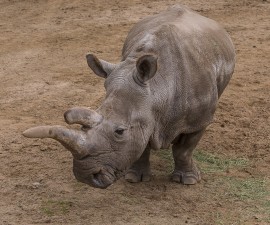