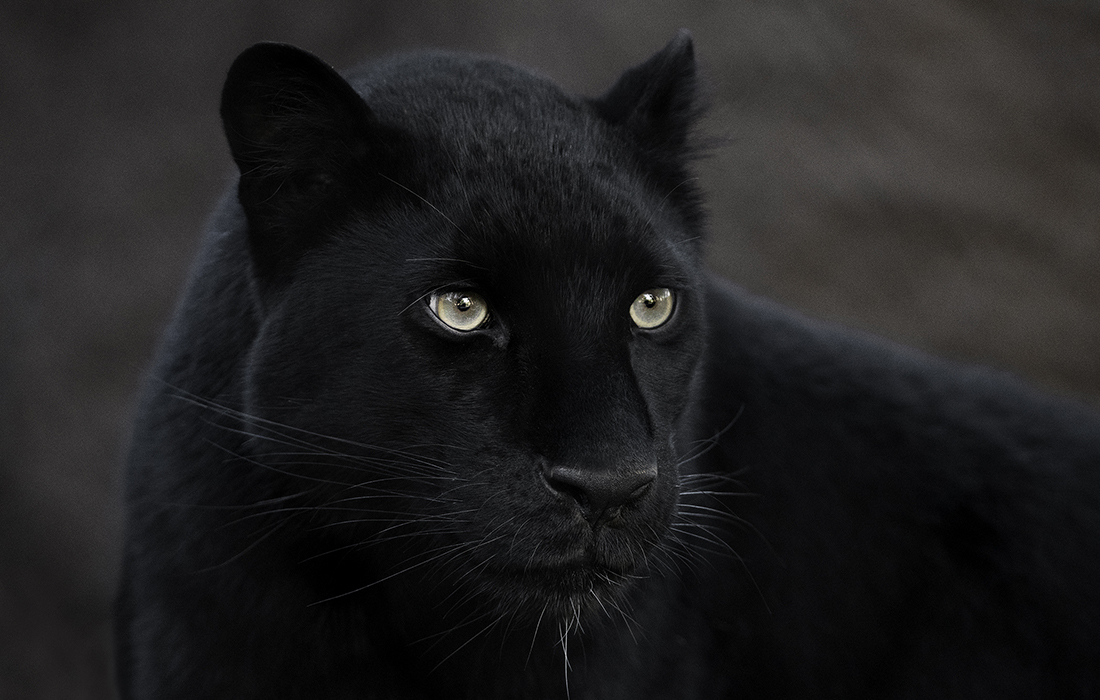 A shadow flickers in the lush foliage. From the cover of a bamboo thicket peer the seafoam-green eyes of a powerful, 80-pound predator, watching and waiting. It’s a female Amur leopard Panthera pardus orientalis named Mystique, enjoying her spacious habitat at the Zoo’s leopard exhibit in Africa Rocks. “She likes to watch people without them seeing her,” says keeper Megan Carney, who cares for the Zoo’s Amur leopards and snow leopards Panthera uncia.

Mystique stretches her legs throughout the day, taking an occasional stroll around her habitat, jumping to the tallest rocks, or sauntering nonchalantly across a high horizontal branch.

This black leopard, which turns four in April, arrived at the Zoo in late 2017. Prior to that, she lived at Tanganyika Wildlife Park in Goddard, Kansas. Perhaps because of that early contact with her caregivers, Mystique shows a keen interest in people, especially her keepers. “She comes to see what we’re doing whenever we’re in the keeper area,” says Megan. BLACK ON BLACK
At first, Mystique might look solid black, but even melanistic leopards are spotted.

Mystique tends to garner a bit more attention than the other regal cats at the exhibit, because she’s melanistic (all-black). In cats, black coloration is the result of a genetic variant that’s best known in jaguars (in South America) and leopards (in Africa and Asia). Melanism has been documented in at least 13 species of cat, including the bobcat Lynx rufus, the serval Leptailurus serval, and the jaguarundi Puma yagouaroundii.

At first, a melanistic cat might look solid black, but even melanistic leopards (and jaguars) are spotted. If you get a close look when the sun is at the right angle, you may be able to discern a pattern of black rosettes on a black background.

Is Mystique a leopard—or a panther? The term “panther” is a general term that—while most commonly associated with leopards and jaguars—can refer to any number of cat species, including our own local mountain lion Puma concolor. (The word comes from the genus name Panthera, which is shared by five species of big cats: the tiger P. tigris, snow leopard P. uncia, lion P. leo, jaguar P. onca, and leopard P. pardus.) SOMEONE WATCHING?
Predators like leopards rely on being able to get close to their prey before being seen.

While Mystique tends to be a bit shy during the daytime, “She’s a totally different cat when the sun goes down,” says Megan. Mystique emerges at dusk to actively explore her space, including the highest rocks. She’s eager and energetic at dawn, too. “Even when we put food out for her, the first thing she does each time she enters her habitat is to is walk around and investigate.” Mystique uses her superior sense of smell to inspect every inch of her space. She lingers over scents left by the Zoo’s other Amur leopards—chemical clues that tell her who’s been in the habitat.

For the most part, cats are solitary. (Lions are the exception.) In fact, adult leopards don’t interact except to mate. So, unless it’s breeding time, each of the big cats typically has its own space. “They do see and smell each other,” says Megan, which is due to the way the Zoo’s leopard habitats–at Africa Rocks and at the Asian leopard exhibit–were designed. With six public display spaces and five more private spaces, keepers can vary the cats’ environments by swapping where they put individuals. That encourages the cats to do behavior they would do in the wild: sniff around to learn about their environment. “It’s a great opportunity,” says Megan. “They display really good cat behavior,” something she attributes to the habitats’ dynamic design. SCENT-SITIVE
A leopard uses its superior sense of smell to explore its world.

Keepers use signals and rewards to ask the Amur leopards to shift into various holding areas and exhibit spaces; stand on a scale; and remain calm for an exam, a blood draw, or an injection. Such behaviors allow the leopards to voluntarily participate in their own health care, and help keepers take the best possible care of the big cats—who are free to ignore the requests, too. Like felines large and small, the leopards operate on “cat time.” “We typically give a cat a couple of opportunities throughout the day to accomplish a desired behavior,” says Megan. With Mystique, keepers are approaching the process gradually, at a pace that’s set by the beautiful black cat herself. “The goal of the Amur leopard GSMP program is to ultimately increase the numbers of Amur leopards for eventual reintroduction into the wild in Russia and China, in conjunction with habitat preservation and restoration efforts now underway,” says Carmi Penny, director of Collections Husbandry Science for the Zoo. While Mystique is not currently recommended for breeding, she is an important part of the Amur leopard SSP. For the time being, her role is to model appropriate leopard behavior, “to help other young leopards that are coming to the Zoo, to learn socialization with older cats,” says Carmi.

Although you’ll see a Mystique and some of the other leopards in the new Africa Rocks area, they are Amur leopards—standing in for African subspecies. The Africa Rocks leopard habitat expanded opportunity for the Amur leopard SSP, lending an additional three spaces for the big cats to roam. STANDING OUT
Melanism is rare, especially in cats that live—and hunt—in open habitats, where dark shade is hard to come by.

FEW AND FAR BETWEEN

Researchers have found that frequencies of melanism in leopards vary significantly across habitat types—highest in tropical moist forests and near zero in open habitats. “A melanistic cat living in deep jungle amid thick vegetation—where there are significant areas of dark shade—can blend into the background,” says Carmi. “But, in the Amur leopard’s open-forest habitat, areas of dark shade are harder to come by,” making a melanistic leopard much easier to “spot.” For a leopard, survival depends on spotting prey before it spots you, so blending into the background is important.

A melanistic Amur leopard like Mystique is unusual indeed, and while she may one day be recommended for breeding, “Any of her descendants will remain zoo animals, and not be included in reintroduction plans,” says Carmi. For reintroduction, “the desire is to produce genetic lines that will maximize survival in the wild. A melanistic cat, while normal in all other aspects, is at a disadvantage in the habitat in which these cats live, because they would be more noticeable than typical spotted leopards.”

There’s no denying that there is just something special about “black panthers.” At the Zoo, Mystique commands attention as a rare, melanistic Amur leopard. An extraordinary ambassador, she has an important role to play in raising awareness for this little-known, critically endangered subspecies. 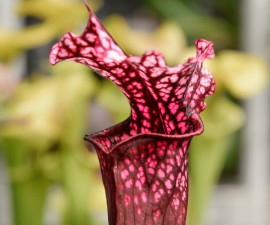 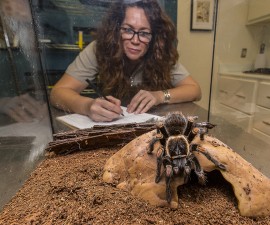 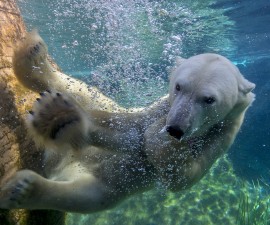 One of the most frequently asked questions during the summer …
August 28, 2015