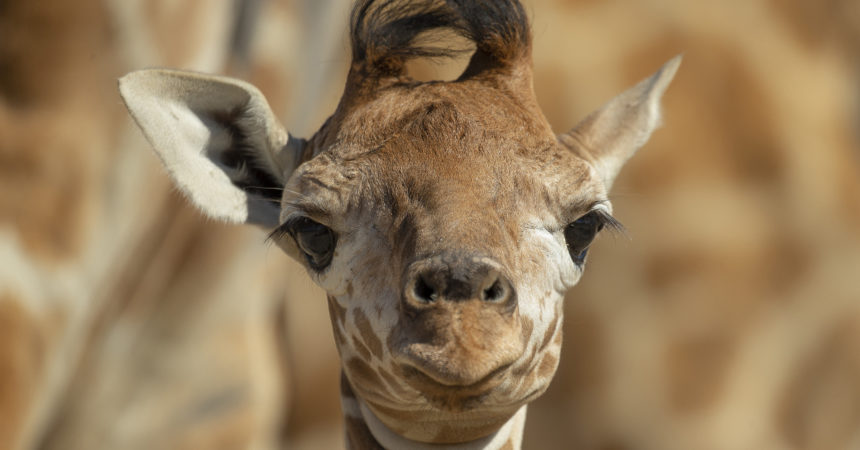 On Mother’s Day (May 10, 2020), a 1-month-old giraffe calf at the San Diego Zoo Safari Park received her name after more than 18,000 fans cast their ballots in a week-long online voting campaign. Voters were asked to choose between two names—Zeena and Zahara—and by popular vote, the female youngster will now be called Zahara (pronounced za haa rah), which is derived from Arabic origins.

The calf was born April 4 to first-time mom Zawadi (pronounced zza whaa dee), and was introduced to the other members of the herd 2 weeks later. Visitors to the San Diego Zoo and the San Diego Zoo Safari Park websites will now have the opportunity to watch Zahara on Giraffe Cam presented by Fiesta, as she explores her new home and interacts with the diverse wildlife that shares the habitat. Zahara is a healthy calf with terrific vitality and a highly relaxed demeanor, wildlife care specialists said.

“This calf is normally so very calm and collected,” said Matt Galvin, lead wildlife care specialist at the San Diego Zoo Safari Park. “Not much bothers her. She is usually content to nap in the shade while the adults browse nearby, but we’ve noticed on occasion, she does get overly excited and zooms through the savanna.”

As part of San Diego Zoo Global’s We’re Here Together campaign, website visitors have the opportunity to enjoy a wealth of online offerings from the comfort of home, including engaging wildlife cams, fun games and activities for kids, and immersive educational materials. Online guests can also join the organization’s citizen science project to help researchers gather more information on giraffes by visiting wildwatchkenya.org on their home computer or smartphone. Online volunteers are asked to identify what is pictured in trail photos—normally seen only by conservationists—by choosing from an animal list or indicating that no animal is pictured. The data collected through Wildwatch Kenya is integral to helping scientists update giraffe migration range maps and learn more about this iconic species.

Science teams have estimated that there are fewer than 100,000 giraffes left in their native habitats—a decrease of more than 40 percent over the last 20 years. These numbers have alarmed conservationists, leading the International Union for Conservation of Nature (IUCN) to change giraffes’ overall status to Vulnerable on the IUCN Red List of Threatened Species, with some subspecies being listed as Endangered or Critically Endangered. It is believed that the startling downward trend is primarily due to habitat loss, habitat fragmentation, and poaching in certain regions.

“Despite the grim status of giraffes overall, we are seeing signs of hope with a few giraffe populations—leading us to believe our efforts are indeed working,” said David O’Connor, researcher for San Diego Zoo Global. “Through bold conservation projects and partnerships, we hope to continue our work of supporting wildlife agencies, community conservancies and the people that coexist with giraffes, as we all fight to stop the silent extinction of this majestic species.” 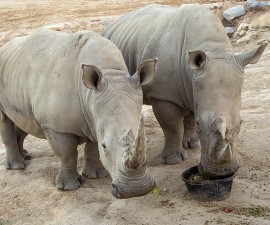 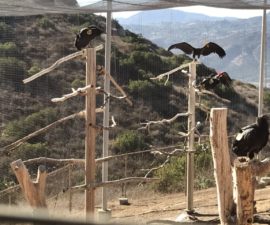 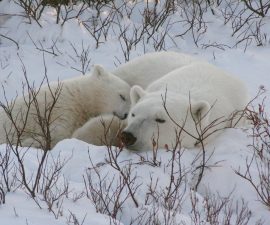