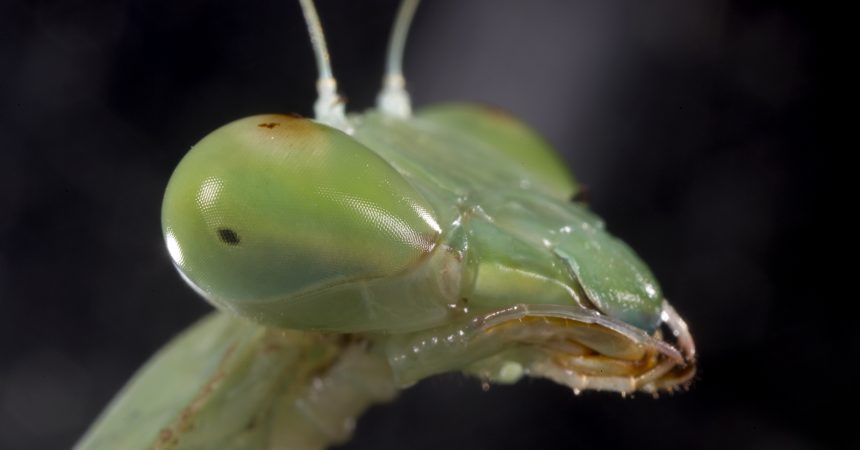 Halloween is a time for telling ghost stories around a fire and spinning the kind of grisly yarns that can launch a thousand nightmares. However, truth is often stranger than fiction—and the wild and weird ways of the Animal Kingdom include a few species behaviors that seem tailor made for a gruesome late-night horror movie. Here, submitted for your approval (as the Twilight Zone’s Rod Serling would say), are a few examples. Jack the Ripper may have terrorized Victorian-era London, but the cold-blooded and aptly named assassin bug is a much more efficient killer. This small, winged insect wields a dagger-like beak to kill its prey (other insects), holding them down with its powerful front legs while it stabs them—over and over again. The assassin bug’s strong, sharp beak injects toxins that liquefy its victims’ organs, allowing it to suck them out as fast as a weightlifter can gulp down a protein shake. Some assassin bug species will excrete a sticky substance and glue the empty carcasses of their victims onto their back—not as a horrific trophy collection, but more likely as camouflage to distract future prey, to make themselves appear larger, or to attract prey like termites or ants that are known to regularly remove carcasses from their colony area. The fictional vampire Count Dracula is said to have been partly inspired by the real-life exploits of Vlad III the Impaler, a bloodthirsty 15th century Romanian prince known for torturing and terrorizing his adversaries by impaling them on spikes. In the Animal Kingdom, the diminutive San Clemente loggerhead shrike—a songbird found on California’s San Clemente Island—has a similar penchant for impaling its prey, turning lizards, mice, and snakes into living shish kebabs. The shrike’s beak grabs the neck of its prey, and the bird shakes its victim so rapidly that their head and body buckle. Then, the bird flings the animal onto a long, sharp thorn or the barbed wire of a fence, where it hangs until the shrike decides what to do with it. If the shrike is hungry, it might eat its catch right away; if not, its prey might “hang around” until later, or until another loggerhead shrike drops by.

With all the premeditation of a villain in an Edgar Allan Poe story, a wasp known as the tarantula hawk lies in wait for its victim of choice: a tarantula. When the large, hairy spider gets close, the wasp delivers a powerful sting—one of the most painful stings of any insect—which paralyzes the tarantula with an injection of venom. However, killing the spider is not what this calculating wasp has in mind: the tarantula hawk’s plan is to transform the immobilized tarantula into a zombie nanny. The wasp will lay a single egg on the spider’s body as it lies there, unable to move. When the egg hatches, the larva that emerges will bore its way into the spider’s abdomen and feed off the still-living body of the tarantula, until it grows into an adult wasp. Like Carrie’s mother and the preacher from Poltergeist, the praying mantis may look like it’s on its way to Sunday school, but don’t let that devout posture fool you. The praying mantis is a carnivorous ambush hunter, and it is infamous for its sneak attack strategy. A praying mantis is often well camouflaged to look like leaves or a flower, so when a grasshopper or cricket—or sometimes even a hummingbird, frog, lizard, or mouse—gets close, this predator jumps on, grabs the prey with its sharp-spiked front legs, opens its mouthparts wide, and starts chowing down. And they don’t limit this ferocious behavior to their prey: the female praying mantis is known to bite off the head of her mate and devour him right after mating. While many people are frightened of tarantulas, these large spiders are actually shy creatures that try to avoid humans at all cost, and female tarantulas spend most of their time in the comfort of their own burrow. However, when a female tarantula is ready to meet a male, she is not shy—and she even puts out a “welcome mat” that she weaves from her own silk. If a male tarantula comes to call, they may go dancing—but if he is not on his best behavior, he might not live through the experience. Tarantulas mate in an unusual dance, with precisely timed leg movements and maneuvers that look something like a wrestling match. In order to mate, the male must get the female to raise her abdomen, and he must make all the right moves. If not, she will tire of the dance and he will become her next meal.

Find out more about the lesser-known behaviors of your favorite animals at the San Diego Zoo and Safari Park, and be sure to join us for some spooky seasonal fun at the Zoo’s HalGLOWeen event, from 5 to 8 p.m. October 26, 27, and 28. 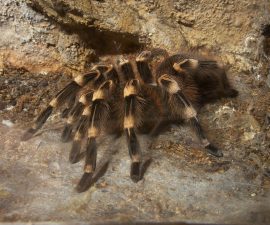 Look up in the capital city of Madagascar, Antananarivo (aka …
October 28, 2016 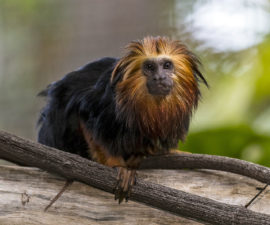