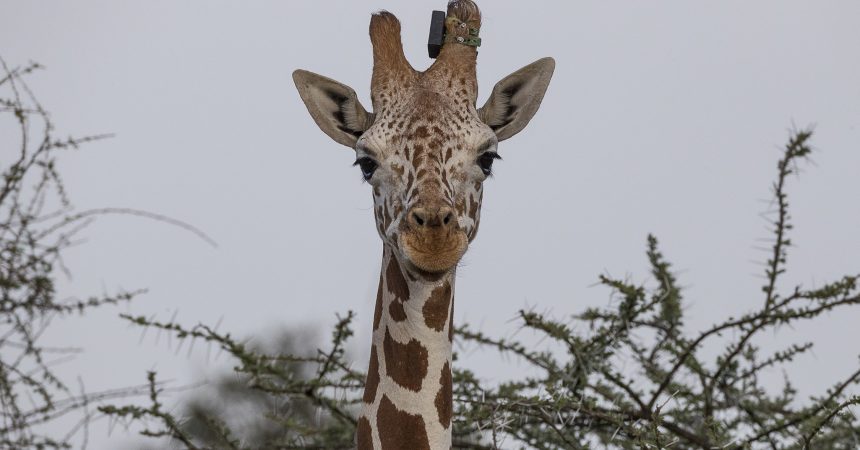 Just in time for World Giraffe Day (June 21, 2018), San Diego Zoo Global’s Wildwatch Kenya citizen science project has achieved a major conservation milestone. Researchers announced that after just one year of the project, the over 11,000 volunteers who have joined wildwatchkenya.org have identified and retired more than 500,000 individual images from motion-activated trail cameras in Kenya­—completing almost five years’ worth of giraffe conservation work. This huge achievement has now provided researchers with enough data to begin their analysis for the first time since the organization started the reticulated giraffe conservation and research program.

Conservationists will now sift through that data to learn more about giraffe behavior, “giraffe hotspots” (areas that are showing high volumes of giraffe activity) and areas with no signs of giraffes. With this information, research teams may be able to determine areas where giraffes need more protection and find out what is causing them to avoid some locations. While the primary focus of this research is to study giraffes, the data also provides insight into the abundance and diversity of other species present at the research sites, including local livestock.

“In addition to gaining insight on habitat preference, another important aspect we can analyze is the impact of livestock on the presence of giraffes,” said Jenna Stacy-Dawes, research coordinator in Global Partnerships at the San Diego Zoo Institute for Conservation Research. “We hope to one day use this information, along with our other methods of data collection, to run statistical tests to see to what degree, if at all, the presence of livestock is displacing giraffes.”

The Wildwatch Kenya website was created using Zooniverse’s free Project Builder tool at zooniverse.org/lab, the largest online platform for crowdsourced volunteer research. Anyone wishing to participate can do so by visiting wildwatchkenya.org on their home computer or smartphone. Volunteers are asked to identify what is pictured in trail photos—normally only seen by conservationists—by choosing from an animal list or indicating that no animal is pictured. Each image is viewed by multiple volunteers, to ensure that photos that are not needed are filtered out.

The Wildwatch Kenya crowdsourcing project is part of an overall effort by scientists to gather more information on giraffes. In the summer of 2017, a team of conservationists from the Giraffe Conservation Foundation, Northern Rangelands Trust, Kenya Wildlife Service, The Nature Conservancy, Loisaba Conservancy, the Smithsonian Institution, Lewa Wildlife Conservancy, Senckenberg BiK-F, Goethe University and San Diego Zoo Global fitted 11 reticulated giraffes in the region with small solar-powered GPS tracking devices made by Savannah Tracking. This unprecedented effort is now providing real-time data on giraffe movements, the size of their home ranges, where they travel during seasons and the travel corridors they use. Conservationists believe the information gathered could assist community conservancies in developing better strategies for managing their lands and livestock, while also expanding the frontiers of giraffe science. Last year’s effort has been so impactful to overall giraffe conservation, researchers plan to attach tracking units to 25 more giraffes later this year.

Scientists hope the Wildwatch Kenya website, the solar-powered GPS tracking project, and other conservation efforts will slow and eventually stop the continued decline of giraffe populations worldwide. Currently, there are fewer than 100,000 giraffes left in their native habitats—a decrease of more than 40 percent over the last 20 years. These numbers have alarmed conservationists, leading the International Union for Conservation of Nature (IUCN) to recently change giraffes’ status to Vulnerable to Extinction on the IUCN Red List of Threatened Species. Scientists believe the startling downward trend is due to poaching, habitat loss, habitat fragmentation and disease. In fact, certain giraffe subpopulations have decreased so rapidly, they are now extinct in seven African nations. San Diego Zoo Global has partnered with the Giraffe Conservation Foundation, Northern Rangelands Trust, Kenya Wildlife Service and The Nature Conservancy, as well as other conservation organizations, to help reverse this trend in East Africa through the creation of community-based conservation projects with Kenyan pastoralists. Recently, San Diego Zoo Global co-funded and co-hosted the first-ever Giraffe Conservation Science Symposium. This gathering of giraffe experts came together to develop a unifying Africa-wide giraffe conservation framework. The aim is to foster partnerships across the African continent and create a more collaborative effort to help save giraffe before it is too late. 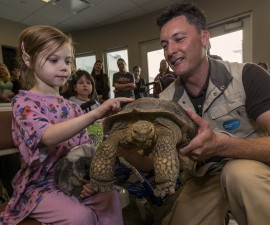 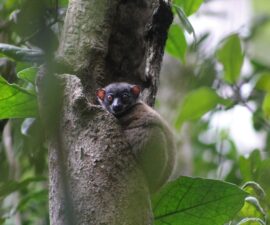 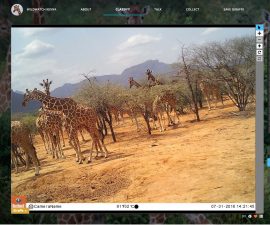