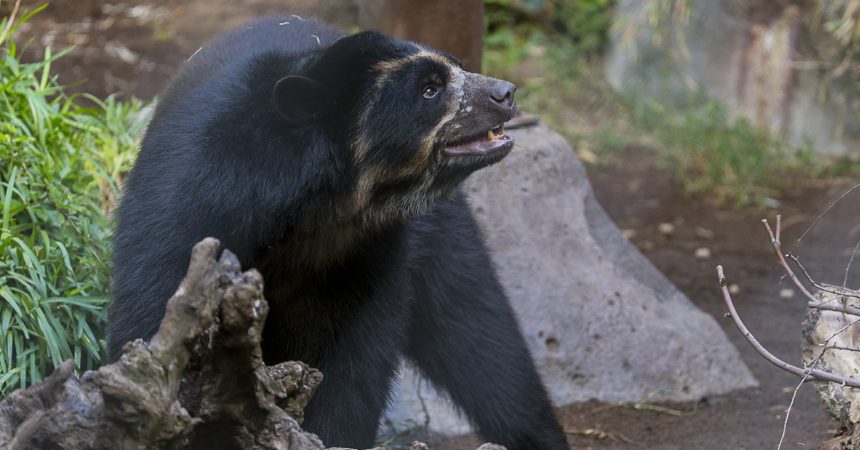 On June 6, 2018 we introduced our male and female Andean bears—and we could not be more thrilled with the positive results! Three-year-old female Alba and seven-year-old male Turbo hit it off right away and are continuing to enjoy each other’s company.

Turbo and Alba are a recommended breeding match from the Association of Zoos and Aquariums (AZA) Species Survival Plan (SSP). It works very much like an online dating service, where animals are “matched” to help ensure a healthy and genetically diverse population of their species. Since Andean bears are listed as Vulnerable on the International Union for Conservation of Nature Red List of Threatened Species—and they predict a population decline of more than 30 percent in the next 30 years—a successful pairing is much desired, with the hope of producing cubs. Alba in a quiet moment—she’s quite the bundle of energy much of the time!

However, matching up with someone on paper or on screen does not necessarily mean you are going to like your “match.” Therefore, when Alba arrived in summer 2016, keepers began a slow process of letting the bears get to know each other. Originally, they were housed in separate enclosures next to each other, with very few options for visual contact between the bears. This was an important first step. Alba was very young—under two years old—and needed to mature and build confidence in herself. The bears could smell each other, of course, and that piqued their interest. Our male Andean bear, Turbo, displaying the eye-ring markings that give this South American species the nickname “spectacled bear.”

It didn’t take long before Alba began climbing high to try to get a glimpse of the “boy next door.” Witnesses observed her aiming branches and sticks in Turbo’s direction in a possible attempt to get his attention. The curiosity went both ways: Turbo was also seen climbing to high spots and sniffing the air for clues about his neighbor.

The keepers then allowed the bears to have one perforated door between them at a special panel area between their two enclosures. Over the next few months, keepers monitored the bears’ behavior closely, watching for signs that they would like to have a “date.” While both bears showed curiosity about each other, there wasn’t yet enough interest for an introduction.

Then this spring, things started to change. Turbo began calling or “trilling” to Alba, which is one of the vocalizations Andean bears make during breeding season. Keepers also heard some trills come from Alba. Another change: both bears started making nests next to the perforated panel, and they were also bringing plant material and objects to the spot.

Finally, at the end of May, Alba showed signs of coming into estrus. Turbo changed, too, becoming much more focused on Alba. Climbing high gives Turbo access to all kinds of interesting scents from around the Zoo, but none more captivating than that of Alba.

The big moment had arrived—almost. We decided to wait until Alba was out of peak estrus and when Turbo was a little less “amped up” before scheduling the first date. Since Alba is still young and only one-third the size of Turbo, we focused on them having a positive first interaction that might or might not involve breeding. A few days later, the stars aligned and the stage was set.

Bear introductions are always a gamble. Sometimes the bears are completely incompatible; sometimes they are very ready to come together for breeding and then want to go their separate ways. And sometimes, you have two bears that truly enjoy not just breeding, but the continued social benefits of friendship.

So far, in the case of Turbo and Alba, a true friendship seems to have developed. The two can be seen gently wrestling, touching noses in greeting, foraging together, and nesting near each other. In fact, Alba and Turbo even took their relationship to the next level by breeding the first two days they were together!

We are continuing to monitor them closely and are prepared to separate the two, if that proves to be the bears’ wishes. If Alba ends up showing signs of pregnancy, then that also would likely be a time to separate the bears, since males do not help care for cubs.

At this time though, we are all enjoying the delightful antics of the couple—who some people refer to together as “Turba” or “Albo.” Cubs are certainly something to look forward to in the future, but for now, join us in celebrating a successful first date for these two special bears.

Hali O’Connor is a senior keeper at the San Diego Zoo. 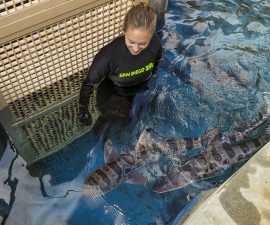 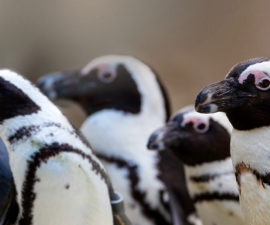 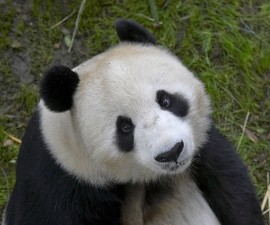