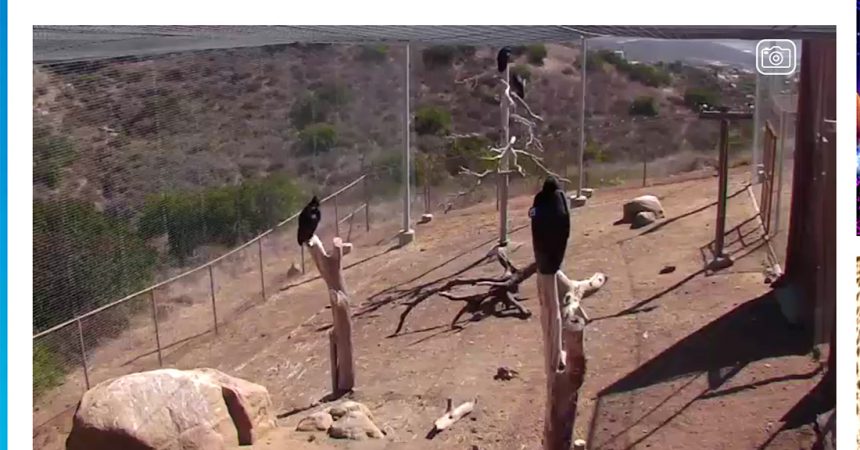 October can be a busy month at the San Diego Zoo Safari Park’s Condor Breeding Facility. This is the time of the year when we start to prepare for the next breeding season: clean nests, conduct routine health exams, and provide maintenance to flight pens that were previously off-limits to keepers because of the presence of our young chicks slated for release to the wild. But before we can start anything, we need to move the recently-fledged chicks to their new home—our socialization pen.

Our remote socialization pen is approximately one mile from the main part of the Safari Park. There, this year’s Condor Cam chick, Saqutinan (sah-koo-TEE-nahn), is isolated from any human activity and is socializing with other fledglings his age. In the wild, condor chicks stay with or around their parents for up to 18 months. We don’t let them stay that long here at the Park. If we did, the next breeding season would probably be compromised; the presence of the fledgling may prevent the parents from breeding the next year, or the parents may become aggressive towards the youngster if they try to nest again.

Saqutinan fledged into his parents’ flight pen on September 13 at 158 days of age. Father Sisquoc and mother Shatash kept a close eye on him as his flying skills improved and he began to eat on his own. We moved him to the socialization pen on October 3. Before his move, we affixed a wing tag to Saqutinan’s right wing for identification purposes. He is wearing blue wing tag with the number 61. He is now sharing this large pen with five other condors:

Soon, after all of the young birds have settled down after meeting each other, we will introduce them to 13-year-old female Xananan (hah-NAH-nahn), wearing blue tag 21 (left wing). One more bird will be moved into the pen sometime in November—he was a much later hatch and is about two months younger than the other fledglings. (We’ll let you know when he makes his debut!)

The socialization pen is very large with lots of space to fly around and to exercise wings. There are several large oak snags on which to perch or roost. Also, there are two pools from which to drink or bathe. There are several ground level perches and boulders to hop around on, as well. It is interesting to see the social development of each bird. They can choose to perch next to whichever bird they wish, so they really get to know each other well. We have learned that young condors that aren’t well-socialized tend not to be successful once they are released to the wild.

California condors that are expected to be released to the wild are called “release candidates.” We raise all of our condor chicks as release candidates until we hear otherwise from the U.S. Fish & Wildlife Service, who oversees the California Condor Recovery Program. We have yet to hear if and/or where any of this year’s fledglings will be released. Release candidates are isolated from humans. We offer their food through a chute in the wall. The pools are drained and rinsed from the outside of the pen. We don’t pick up any of their old food. The only time the birds see us is during a medical procedure: affixing wing tags, pre-shipment examinations, or West Nile Virus inoculations. These generally are not enjoyable experiences for the young condors, and that is what we want them to learn from us before they are shipped to the wild. We don’t want them to associate humans with anything beneficial. We are hoping to foster behaviors that wild condors would have—avoiding human activity and hazardous, artificial situations. Survival rates for condors that become accustomed to humans and human activity are very low.

Xananan, the adult, will be the young birds’ new “mentor.” The mentor’s job is to facilitate the socialization of the fledglings. Condors are very social and, like us, need to learn the rules of how to interact in a group. The parent condors started this process when the chicks hatched, and continued it as the youngsters eventually fledged. Now that they are no longer living with their parents, the chicks’ “education” will be furthered by Xananan. She will be the dominant bird in the pen, often displacing the fledglings from perches or roost sites or pushing them from the food until she has eaten first. The dominant birds at a site are usually the biggest ones, and often the most experienced. The young condors need to learn how to interact with these dominant and pushy birds in order to be successful in the wild.

So far, Saqutinan is integrating well into the cohort. Although the young birds are not feeding as a group yet, they are perching and roosting near each other. They are gaining strength and flying well. Their parents have done a great job preparing them for the big, wide world! You can watch them continue to develop on Condor Cam. Feel free to post any comments or questions, and we’ll try to get them answered as soon as we can. Enjoy! 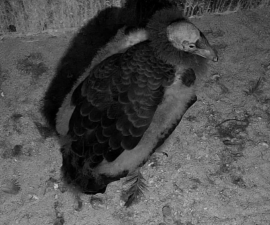 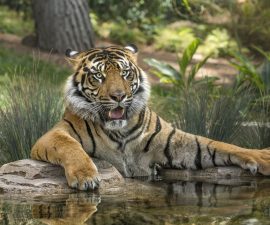