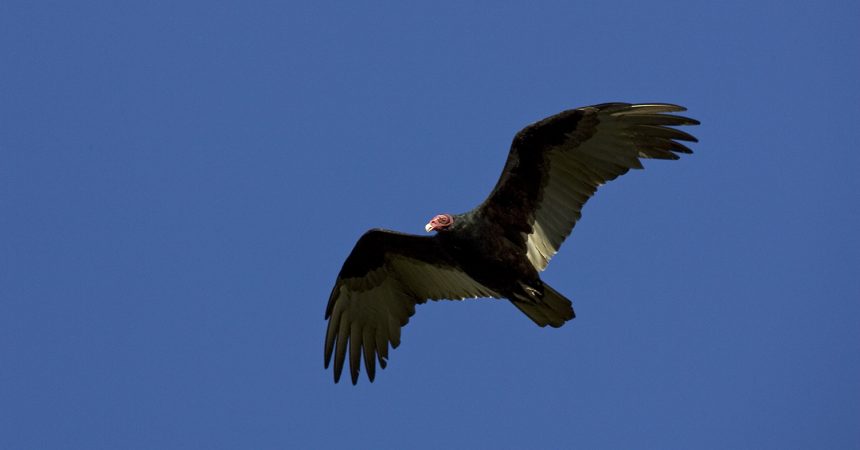 If you’ve ever looked up and marveled at a mass of birds circling round and round in the sky, or watched a large bird in the distance flying low over the ground and then effortlessly back into the blue, chances are you’ve seen the oft underappreciated turkey vulture. As one of the most wide-spread birds in North America, the turkey vulture is due some attention, if not admiration.

Turkey vultures Cathartes aura are large brownish-black birds, with distinct bare, red heads and a bright, white, hooked beak. Thet are the most abundant of the three species of vulture native to North America (black vultures and California condors are the other two). Their wings stretch 5 ½ to 6 feet from tip to tip, and in flight you can see the underside is black at the leading edge, forming a “V” shape with the body, with silvery-white primary and secondary feathers along the back. Despite their large appearance, they weigh only three to four pounds! A group of soaring vultures is called a “kettle.”

Masters of energy efficiency, turkey vultures use warm air currents to soar up to cruising altitude, reserving wing flapping for takeoff and landing. Once they’ve reached a suitable height, they fold their wings slightly and glide for long distances, searching the ground for a meal. They frequently glide relatively low over the ground in order to use their highly developed sense of smell (a rare trait in birds!) to detect decomposing animals, allowing them to be the first birds to the feast. Other scavenging birds often rely on turkey vultures to alert them to a meal. Where their ranges overlap, California condors will feed with them, and the much smaller turkey vulture benefits from the condor’s ability to tear through the thick hides of larger animals like elk, cattle, seals, sea lions, and whales. Being second in line for a fresh meal is preferable to waiting until the flesh is rotten enough to break open themselves. Despite their evolutionary advantage of being able to eat rotten, bacteria-laden meat, a fresh meal is always preferred when available.

Turkey vultures reach maturity around three years, and once paired, tend to mate for life. Nesting begins in March in the southern portions of North America, and continues through June in southern Canada as birds complete their migration to the northern reaches of their breeding range. Pairs spend several days to several weeks together at their nest site before eggs are laid. Nests are usually the floor of a small cave, bare ground beneath dense undergrowth, hollow tree stumps or logs, and even attics of abandoned houses. Two, rarely three eggs are laid, and both parents will take turns incubating the eggs. After 38 to 41 days of incubation the chicks hatch, covered in soft, white down, except for their bald heads. At first blind and helpless, they will fledge in only 70 to 80 days, and be independent within their first year. These birds reach inside the bodies of decaying animals to feed. Debris dries and flakes off the bald head instead of fouling head feathers.

The IUCN lists the turkey vulture as being of Least Concern of becoming extinct. Turkey vulture numbers have been steadily increasing since the 1960s, and their range is spreading farther north. They’ve benefited from the expansion of highways providing ample roadkill to feed on. However, they do face the same threats as other scavenging birds, including lead poisoning from lead fragments ingested while eating animals shot with lead bullets.

Turkey vultures have an excellent sense of smell. Take a look at the size of this bird’s nares (nostrils)—the better to gather scents with!

Turkey vultures can live just about anywhere, provided the right conditions for soaring flight and an adequate food source, making them the most versatile of the vulture species. Deserts, prairies, mountains, temperate and tropical rain forest, and of course, the California chaparral are all hosts to these magnificent birds throughout the year. They also have the distinction of being the only migratory species of vulture. The southern portion of North America is lucky to have turkey vultures year round, but many vacate their northern breeding grounds to winter in South America. Soaring flight that relies on thermal air currents requires they migrate the long way over land, instead of crossing the Gulf of Mexico. A “bucket list” trip for many human turkey vulture enthusiasts is a trip to Central America to witness hundreds of thousands of these magnificent birds as they are channeled together over this slender stretch of land.

The next time you’re at the Safari Park, check the skies for turkey vultures riding air currents over our field exhibits in the afternoon, or perched in a sunny spot on a tree branch in the early morning. Once you get past their diet, there’s a lot to be appreciated and admired!

Candace Zylman is a keeper at the San Diego Zoo Safari Park. 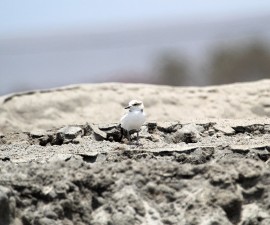 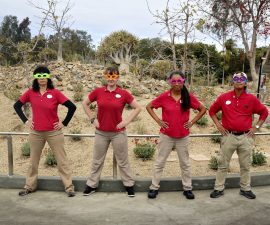 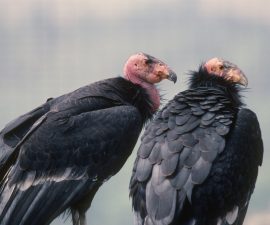