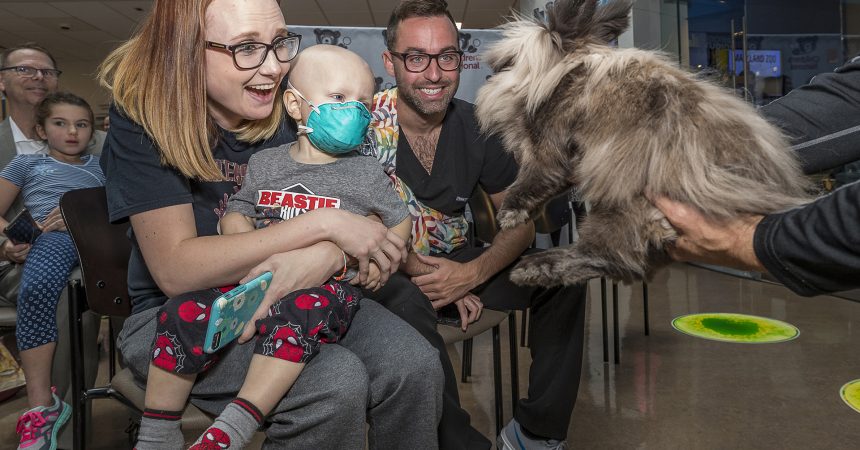 Young patients, their families and invited guests were treated to a visit with some amazing animal ambassadors—including Winnie, an African penguin; Yang, a Chinese alligator; and Honey Bun, a lionhead rabbit from The Maryland Zoo in Baltimore—at a gathering at Children’s National. This special event served to announce the arrival of a closed-circuit television adventure channel, San Diego Zoo Kids, at Children’s National and Ronald McDonald House Charities Greater Washington, D.C.

San Diego Zoo Kids is an innovative television channel with programs produced exclusively for medical facilities that serve pediatric patients and their families. The creation and development of the channel has been funded by businessman and philanthropist T. Denny Sanford. A generous gift from Henry Goldberg and Kim Hetherington and the law firm of Goldberg, Godles, Wiener & Wright has made the channel available on television monitors in every patient room, as well as in waiting areas at Children’s National. San Diego Zoo Kids’ programming offers family friendly, animal-oriented stories that are both entertaining and educational.

“Art, music, entertainment, and the outdoors can be incredibly valuable parts of the healing process for kids when they are injured or sick,” said Kurt Newman, M.D., president and CEO of Children’s National Health System. “Adding the San Diego Zoo Kids channel to our programming is a new and exciting way for kids to learn, engage, and just be kids during their stay at the hospital—including those who may be unable to leave their rooms.” The service is also making its debut at the Ronald McDonald House Charities of Greater Washington, D.C. (RMHCDC.) “We are happy to partner with the San Diego Zoo, Children’s National Medical Center, and the Maryland Zoo to offer this fun and educational channel to our children and their families. This will be a great addition to our family centered programs, designed to provide comfort and help relieve stress,” said Karen Torres, executive director.

The San Diego Zoo Kids channel offers up-close video encounters with animals, stories about caring for animals, quizzes about animals and habitats, and a wide variety of short video vignettes hosted by San Diego Zoo Global ambassador Rick Schwartz and San Diego Zoo Kids host Oliva Degn. Viewers can see video from the San Diego Zoo’s famous Panda Cam and other online cameras, as well as content from other zoos across the country.

“The stories we tell on the San Diego Zoo Kids channel not only entertain children and their families during what can be a stressful time, but hopefully inspire a new generation to appreciate wildlife and their natural habitats,” said Douglas G. Myers, president and CEO of San Diego Zoo Global. “We have heard from several doctors, nurses, and families that providing these animal stories has been a resource of calm and comfort for their young patients.”

San Diego Zoo Kids debuted in 2013 at Rady Children’s Hospital in San Diego. Since then, it has been installed in 108 children’s hospitals and Ronald McDonald Houses in 28 states across the U.S., and now the District of Columbia, and in facilities in Mexico, Canada, Australia, and Pakistan. 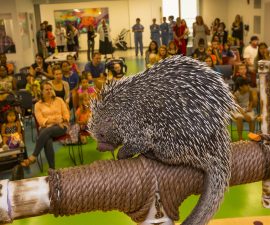 Young patients, their families and invited guests were treated to …
July 29, 2016 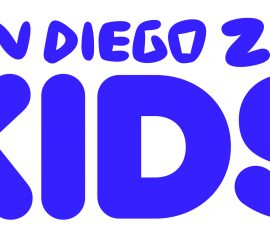 Young patients, their families and invited guests were treated to …
September 16, 2016 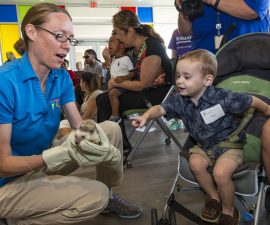 Young patients, their families and invited guests were treated to …
August 26, 2016