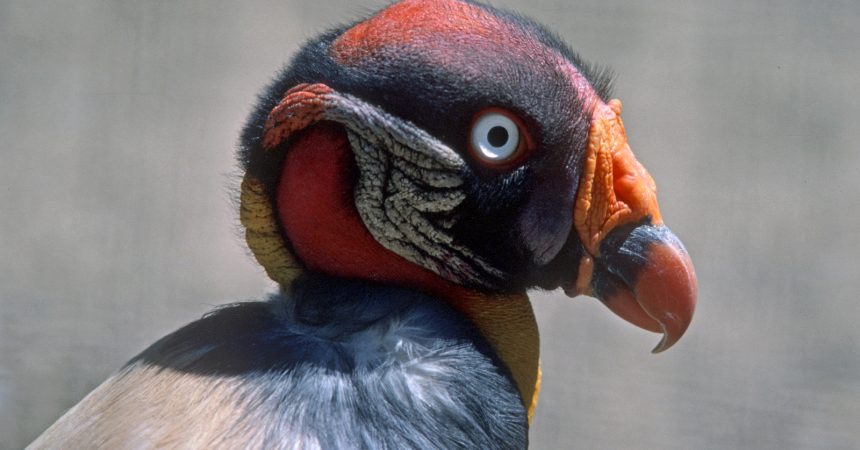 Vultures play a vital role in nature by eating dead and decaying bodies; they “clean up” about 70 percent of all available carrion! This helps prevent the spread of disease, which is important to the survival of other species in the habitat. There are 16 species of Old World vultures that belong to the Family Accipitridae. Four species from this group can be seen at the San Diego Zoo Safari Park: Ruppell’s vulture, hooded vulture, Egyptian vulture, and lappet-faced vulture. Old World vultures use their incredible eyesight to find meals in the grasslands of Europe, Asia, and Africa; they can spot a three-foot-long carcass from four miles away! Old World vultures have very strong feet with large talons and strong, powerful beaks that rip open the carcasses of large grassland animals. Because their feet are so strong and heavy, they can be rather slow moving on foot, making it difficult for them to run and scamper away. Old World vultures build a platform nest made out of sticks and lined with green leaves or dried grass.

There are seven species of New World vultures in the Family Cathartidae, the most famous being the California condor. New World vultures do not have internal separation of the nostrils—you can see right through them! Unusual among birds, these vultures depend on their keen sense of smell. They are able to detect the scent of ethyl mercaptan, a gas produced at the beginning stages of decay. They can smell dead animals from a mile away! Unlike their Old World counterparts, a New World vulture’s feet are weak and are unable to grasp items firmly. They also tend to have smaller, weaker beaks. This is why they prefer to eat their meal as it is starting to spoil. Rotting meat can be easier to rip into than fresh meat. To cool themselves, New World vultures use urohydrosis, a process of emitting liquid waste onto the bare parts of the legs, resulting in evaporation of heat. New World vultures do not build a nest. Instead, they lay their eggs on the bottoms of caves or high in dead, hollowed out trees. Although Old World vultures and New World vultures are superficially similar, it is their subtle differences that make them specialized. But both have a very important role in keeping our environment clean and healthy. Join us in celebrating International Vulture Awareness Days at the Safari Park on September 2, 3, and 4. Come see special displays and discover more about these fascinating birds!

Note: Pictured in the header is a New World vulture species, the king vulture Sarcoramphus papa.

Michelle Handrus is a keeper at the San Diego Zoo Safari Park. 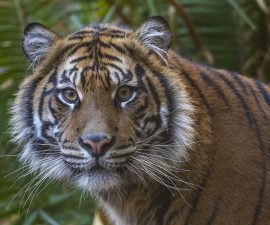 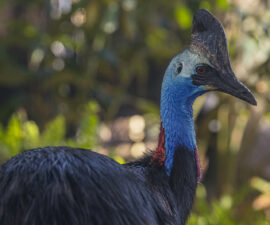 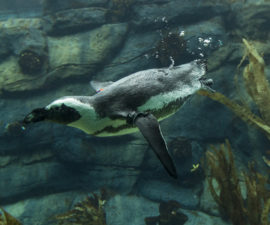