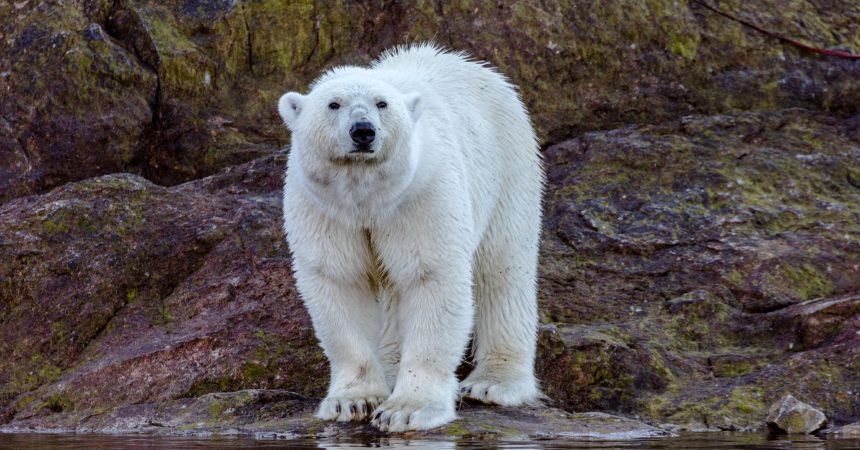 A study released this week (Sept. 12, 2016) is shedding new light on how scientists evaluate polar bear diet and weight loss during their fasting season. On average, a polar bear loses up to 30 percent of its total body mass while fasting during the open-water season. Although some scientists previously believed land-based foods could supplement the bears’ nutritional needs until the sea ice returns, a new study published in the scientific journal Physiological and Biochemical Zoology has revealed that access to terrestrial food is not sufficient to reduce the rate of body mass loss for fasting polar bears. The study—undertaken by Manitoba Sustainable Development, the University of Alberta, and Environment and Climate Change Canada—weighed polar bears that were detained in the Polar Bear Holding Facility in Churchill, Manitoba, Canada from 2009 to 2014. Polar bears were kept in this facility as part of the Polar Bear Alert Program, which aims to reduce conflict between humans and polar bears around the town of Churchill. To prevent habituation, polar bears are not fed while in the facility, which allowed for a controlled measure of their weight loss. On average, polar bears lost 2.2 pounds (1 kilogram) of mass per day—exactly the same amount as free-ranging bears measured during the ice-free season on the coastline of Hudson Bay. Scientists reported that even with land-based food opportunities, polar bears lost the same amount of weight.

“Some studies have suggested that polar bears could adapt to land-based foods to offset the missing calories during a shortened hunting period on the ice,” said Nicholas Pilfold, Ph. D., lead author of the study and a postdoctoral associate in Applied Animal Ecology at San Diego Zoo Global. “Yet, our results contradict this, as unfed polar bears in our study lost mass at the same rate as free-ranging bears that had access to land-based food.”

Researchers also estimated starvation timelines for adult males and subadults, and found that subadults were more likely to starve before their adult counterparts. “Subadult polar bears have lower fat stores, and the added energy demands associated with growth,” said Pilfold, “Future reductions to on-ice hunting opportunities due to sea ice loss will affect the younger polar bears first—especially given that these bears are less-experienced hunters.” Today, it is estimated that there are approximately 26,000 polar bears throughout the Arctic. The Western Hudson Bay subpopulation of polar bears is currently stable, as the length of the ice-free season has shown recent short-term stability. However, past increases in the length of the ice-free season have caused declines in the number of bears, with subadults having a higher mortality rate than adults. The current research helps to shed light on the mechanisms of past population declines, as well as to provide an indication of what may occur if sea ice declines again.

For nearly a decade, San Diego Zoo Global’s researchers and its U.S. and Canadian partners have focused on developing conservation strategies to boost wild populations of polar bears. At the San Diego Zoo, polar bears “collaborated” with researchers at the U.S. Geological Survey in Alaska by wearing an accelerometer collar to track their movements. The data gained from accelerometers on collared polar bears—at the Zoo and in the Arctic— will provide scientists with new insights into the bears’ daily behavior, movements and energy needs, and a better understanding of the effects of climate change on polar bears. 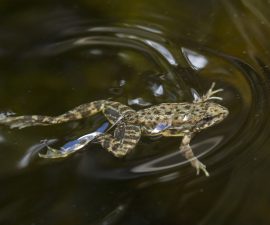 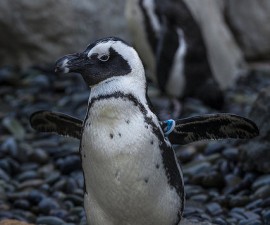 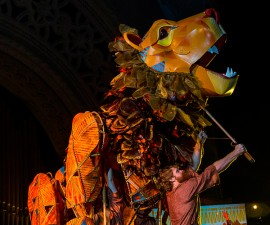