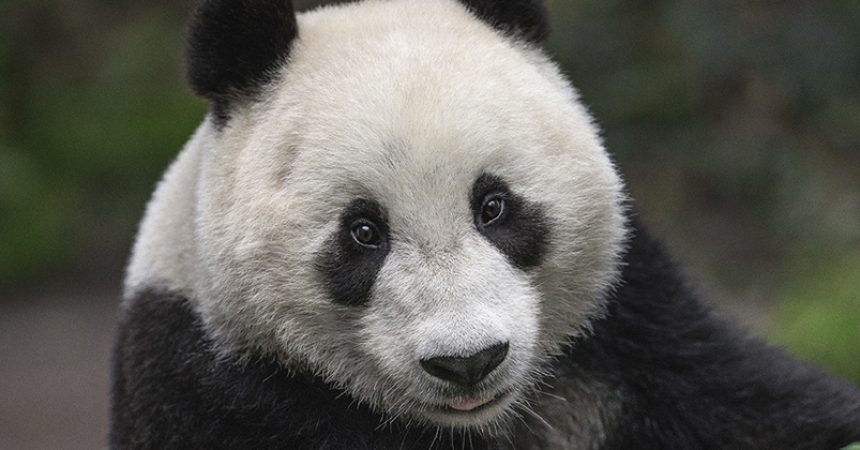 After more than 20 years on the endangered species list, world conservation leaders today (Sept. 4, 2016) have “downlisted” the giant panda. It is now categorized as “vulnerable” on the International Union for the Conservation of Nature (IUCN) Red List of Threatened Species—meaning that while threats to pandas’ survival remain high, indicators show the species is in less danger of extinction than before, and conservation efforts are working.

“While we do not believe the giant panda is completely safe, our IUCN Red List evaluation highlights how far we have come in panda conservation,” said Ron Swaisgood, director of applied animal ecology at the San Diego Zoo Institute for Conservation Research. As chair of the IUCN’s Giant Panda Expert Team, Swaisgood was the primary author of the evaluation report and was responsible for integrating the data that led to the listing decision. “This iconic species, which is the poster child of endangered species globally, no longer qualifies as endangered,” Swaisgood said. “All the trends support this conclusion: Habitat is increasing and the population is growing.”

The announcement came during the IUCN World Conservation Congress—the largest and most comprehensive environmental decision-making forum in the world—after the panda conservationist committee submitted its findings. Current data shows that the policies put in place by the Chinese government to protect both pandas and their habitat are having promising outcomes, increasing the species’ population. Nearly 2,000 giant pandas are now believed to exist in the wild, and a majority of those individuals are adults. International teams of scientific researchers, including those from San Diego Zoo Global, provided much of the scientific foundation that allowed the Chinese government to move forward with effective conservation actions. Conservationists say this dramatic turnaround for the giant panda gives hope that conservation efforts can pay off for other endangered species.

“After spending almost two decades as part of the San Diego Zoo’s Giant Panda Team, it is incredibly exciting to see that conservation efforts for giant pandas are having a positive impact,” said Megan Owen, associate director for applied animal ecology at the San Diego Zoo Institute for Conservation Research. “The story of hope that this down-listing tells is a reminder that if we work together, we can recover species from the brink of extinction. ‘Hope’ is fundamentally a call to action, and the panda’s story is one that I hope will serve to inspire increased collaborative efforts to save many, many more species.”

San Diego Zoo Global’s role in panda conservation started decades ago, when the Zoo first introduced two giant pandas—on loan from China—to the American public.  The Zoo’s historic giant panda breeding program began after female panda Bai Yun (pronounced By Yoon) arrived in 1996. She was the first panda outside of China to give birth—and since then, she has helped researchers and keepers learn more about panda behavior, pregnancy, birth, and maternal care. She has given birth to six cubs: Hua Mei in 1999, Mei Sheng in 2003, Su Lin in 2005, Zhen Zhen in 2007, Yun Zi in 2009, and Xiao Liwu in 2012; making her one of the most successful breeding female outside of China, and one of the oldest to give birth.

Zoo guests can visit 24-year-old Bai Yun and her 4-year-old son Xiao Liwu (pronounced sshyaoww lee woo) in their exhibit in Panda Canyon. The Zoo’s third and oldest panda, Gao Gao, (pronounced gow gow) is not on exhibit, as animal care staff continues to monitor his health at the Zoo’s Giant Panda Research Station. The San Diego Zoo’s giant pandas are on a research loan from the People’s Republic of China. As part of this long-term program, the Zoo, in conjunction with Chinese panda experts, continues to work on science-based panda conservation programs. The Zoo also collaborates with the Chinese Academy of Sciences in studies of behavior, ecology, genetics and conservation of wild pandas. 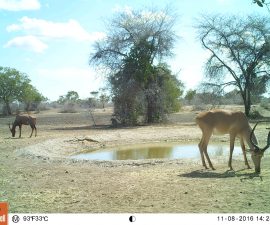 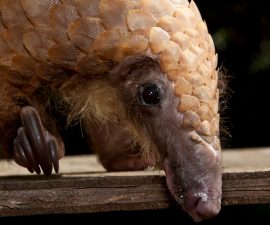