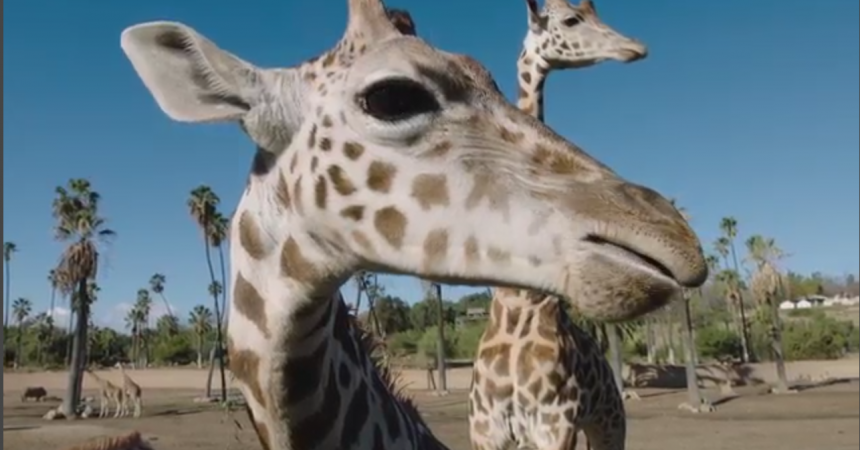 Taking care of giraffes can be a tall order, but this year the animal care staff at the San Diego Zoo Safari Park has had a few additional challenges with two of their four calves.

Congo, a male born in July, spent time in the Paul Harter Veterinary Medical Center at the Safari Park, where he was bottle-fed after the death of his mother in August. Congo was moved into a boma, or barn, in the Park’s East Africa exhibit with a 2-year old giraffe named Leroy, who had been bottle-fed, too—with hope that Leroy would help Congo acclimate back to the giraffe herd. Congo and Leroy were re-released to the giraffe herd in the East Africa habitat when animal care staff was confident Congo would continue to take the bottles from keepers in the field. He receives three bottle feedings a day and animal care staff expect this to continue until he approaches his first birthday.

Yamikani was just 3 months old when her mother died, leaving her keepers with the challenge of feeding a giraffe that wasn’t yet ready to eat solid foods, but hadn’t learned to drink from a bottle like Congo had. Giraffes usually nurse from their mothers for a year before they are weaned. Calves will start trying solids at around four months old, but most of their nutrition still comes from their mother’s milk.

In Yamikani’s case, keepers had to pay extra attention to make sure that the young female was getting the nutrition she needed to thrive. Anytime keepers would pass Yamikani in the exhibit, they would offer her solid foods. Animal care staff would also offer her formula, but she never drank from the bottles.

Recently, Park staff welcomed another calf to the herd, a male calf named Kafele (pronounced ka-FEEL-ee), who was born to mother Kizuwanda Nov. 17. Staff members say this mother giraffe is very experienced, having successfully raised five previous calves, and the newest addition will change the energy of the group.

“We were excited for this new addition,” said Peter Jones, lead mammal keeper, San Diego Zoo Safari Park. “The birth of the latest calf is great, but is sure to add a new challenge to the overall dynamics of the herd.”

Guests at the San Diego Zoo Safari Park can view the herd’s four youngest giraffes—Congo, Siri, Yamikani and Kafele—in the East Africa exhibit, where they are often seen together in a crèche, or nursery group. It is typical for young giraffes to stay together in a herd while their moms forage. The Safari Park’s giraffe breeding program has produced more than 164 giraffe calves since the Park opened in 1972.

In many African countries, giraffe populations are slowly decreasing because of habitat loss and overgrazing of resources by livestock. In the past century, their numbers have declined so much that two giraffe subspecies—the West African or Nigerian giraffe and the Rothschild’s giraffe—are now endangered.

San Diego Zoo Global has partnered with the Giraffe Conservation Foundation to help conserve giraffes in East Africa. This year, a team of scientists from the San Diego Zoo Institute for Conservation Research has been developing a conservation project with Kenyan pastoralists, to find ways to collaborate and protect giraffes in the savanna. 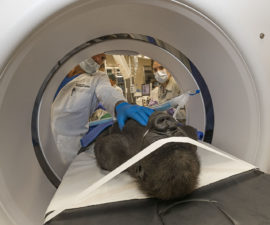 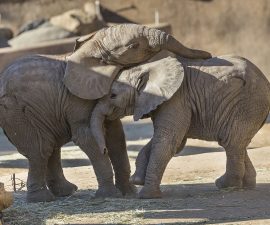