It is with great sadness, San Diego Zoo Global announces Nola, a critically endangered 41-year-old northern white rhino died today at the San Diego Zoo Safari Park. Nola, who has resided at the Safari Park since 1989, had been under veterinary care for a bacterial infection, as well as age-related health issues. The source of Nola’s infection was recently identified as a large abscess deep in her pelvic region. On Nov. 13, veterinarians performed a minor surgical procedure on Nola to drain the abscess. The procedure was successful in removing ninety percent of the infected material.

Keepers had been watching Nola around-the-clock since earlier this week when they noticed she began showing signs of a reduced appetite and activity level. In the last 24 hours Nola’s condition worsened significantly and the animal care team at the Safari Park were maintaining her on intensified treatment efforts. Early this morning, the team made the difficult decision to euthanize her.

Nola was an iconic animal, not only at the San Diego Zoo Safari Park, but worldwide. She was one of only four northern white rhinoceros on the planet. Through the years, millions of people learned about Nola and the plight of rhinos in the wild through visits to the Safari Park, numerous media stories and social media posts. Nola leaves a legacy that her keepers and animal care staff hope will continue to help rhino conservation for years to come.

This is a devastating loss. Please share your condolences in the comments below. 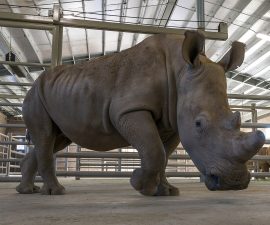 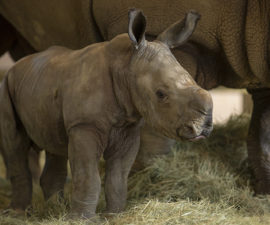 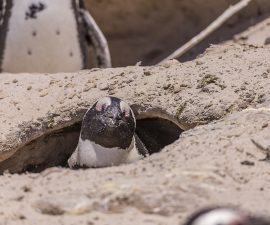