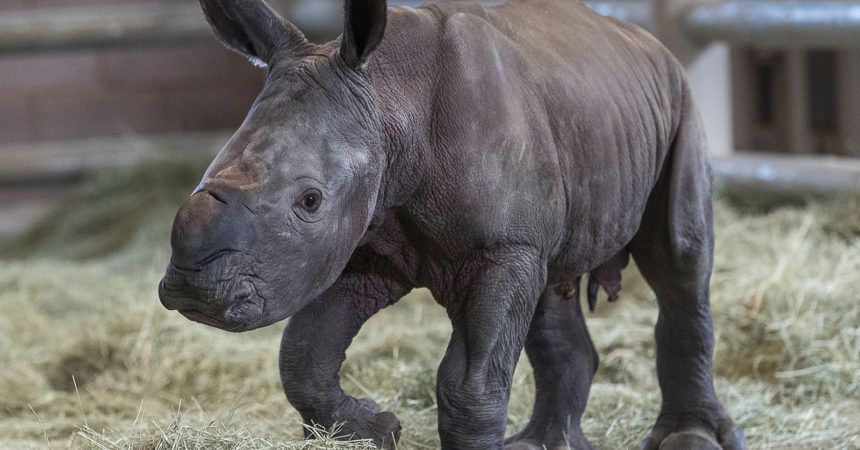 “All of us at San Diego Zoo Global are elated with the arrival of this special rhino calf,” said Barbara Durrant, Ph.D., Henshaw endowed director of Reproductive Sciences, San Diego Zoo Global. “We are so pleased Victoria and the calf are doing well. She is very attentive to her baby, and the calf is up and walking, and nursing frequently. Not only are we thankful for a healthy calf, but this birth is significant, as it also represents a critical step in our effort to save the northern white rhino from the brink of extinction.”

Victoria was artificially inseminated with frozen semen from southern white rhino Maoto on March 22, 2018, following hormone-induced ovulation. White rhino gestation is estimated to be 485 days—but as with any baby delivery, this can differ. Victoria carried her calf for 493 days.

The artificial insemination and successful birth of the rhino calf is not only an historic event for San Diego Zoo Global, but represents a critical step in the organization’s ongoing work to develop the scientific knowledge required to genetically recover the northern white rhino, a distant subspecies of the southern white rhino. Only two northern white rhinos currently remain on Earth and, unfortunately, both are female.

San Diego Zoo Global has a history of expertise with rhino species. With the birth of this calf, there have now been 99 southern white rhinos born at the San Diego Zoo Safari Park, in addition to births of 73 greater one-horned rhinos and 14 black rhinos at the Safari Park. The challenges associated with limited gene pools and severely reduced numbers facing Javan rhinos, Sumatran rhinos and northern white rhinos mean that some form of assisted reproduction may be their only hope for the future.

Victoria is one of six female southern white rhinos that reside at the Nikita Kahn Rhino Rescue Center. To increase genetic diversity and the number of reproductively fit individuals in North American zoos, these rhinos were relocated to the Safari Park from private reserves in South Africa in November 2015.

Five keepers are dedicated to the full-time care of the six female rhinos. The keepers spend each day building a relationship with and gaining the trust of the animals. The animals are trained, through positive reinforcement, to receive any needed medical procedures, as they could potentially serve as future surrogate mothers for a northern white rhino.

To reach the ultimate goal of successfully producing a northern white rhino, multiple steps must be accomplished. One of the first steps completed involved sequencing the genome of the northern white rhino to clarify the extent of genetic divergence from its closest relative, the southern white rhino. The analysis revealed that they are distinct subspecies. Another step requires conversion of cells preserved from 12 individual northern white rhinos in the San Diego Zoo Institute for Conservation Research’s Frozen Zoo® to stem cells that could develop into sperm and eggs—a process successfully begun in the laboratory of Jeanne Loring, Ph.D., of The Scripps Research Institute, with details of the process published in 2011.

Reproductive options include artificial insemination, in vitro fertilization and embryo transfer, working with southern white rhinos. When these techniques are perfected, the southern white rhinos would serve as surrogates for northern white rhino embryos. The reproductive system of rhinos is very complex, and there is still much to be learned. There are many challenges ahead, but researchers are optimistic that a northern white rhino calf could be born from these processes within 10 to 20 years. This work also may be applied to other rhino species, including critically endangered Sumatran and Javan rhinos.

Victoria and her calf will remain off exhibit to the public for an undisclosed period of time, to allow them to bond. The calf will eventually be introduced to the other five female rhinos at the Nikita Kahn Rhino Rescue Center—including Amani, also pregnant through artificial insemination and due to give birth in September or October.

On any given day, visitors to the Safari Park may be able to see one or more of the southern white rhinos from the Africa Tram, as their keepers rotate them from the back area to the front Rhino Rescue Center exhibit yard. The public can help support San Diego Zoo Global’s rhino conservation efforts through the San Diego Zoo Global Wildlife Conservancy at endextinction.org/rhino or endextinction.org/Victoria. 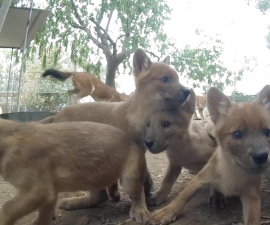 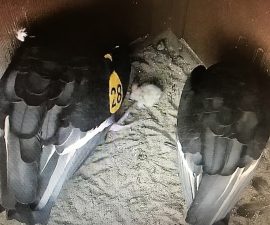 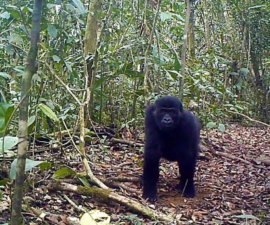