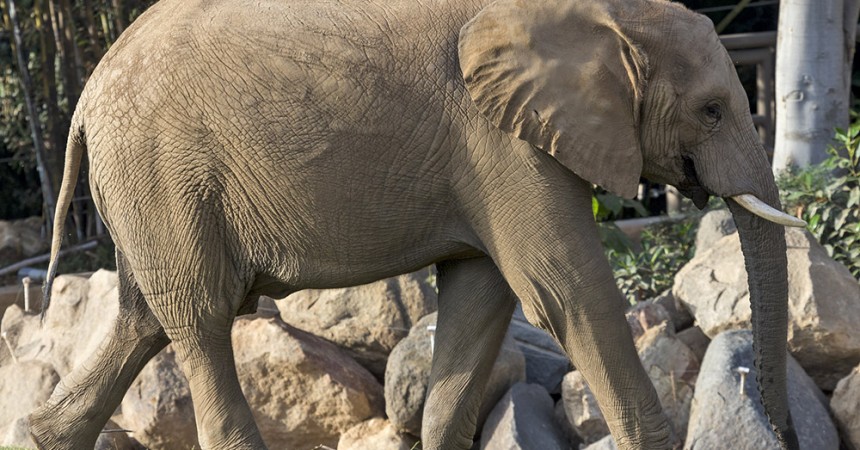 Vus’musi, the first-born calf of the Safari Park’s herd, recently moved to the Fresno Chaffee Zoo. Affectionately known as “Moose” or “’Musi,” he holds a special place in the hearts of many members, blog readers, and Elephant Cam viewers, so we wanted to share the inside story of his “big adventure.”

Born on February 23, 2004, African elephant Vus’musi has grown into a young, handsome bull that outweighs each of the adult females in the Park’s herd. Known to his keepers as “Moose” or “‘Musi,” his genetics put a high value on him as a potential breeder for any zoo wanting to breed this species (including the Safari Park, someday in the future). His sire was a wild, unknown bull from Africa and his mom is our adult female, Ndlulamitsi. Within our current herd, he’s only related to his mom and his half brother, Lutsandvo. Most of you are no doubt wondering why ‘Musi was moved—excellent question!

Elephant natural history provides part of the answer. Behaviorally speaking, males eventually get displaced out of the herd in their early teens, so it was just a matter of time before Ndlulamitsi would have started to displace him more than she already had. Also, as ‘Musi matured he would eventually start going into musth—and it’s during these times of elevated testosterone that the youngster’s sparring with our adult bull, Msholo, would have gone from playful to assertive, aggressive behavior in an attempt to establish dominance. We always kept the two males apart overnight, because they enjoyed sparring so much that we thought that there was a greater chance for chipped tusks (or worse) if they were together. Keeping them apart when they were both in musth would have proven quite a challenge for us, had we kept both males at the Park.

Another reason for moving ‘Musi is his genetics, which placed him high on the Species Survival Plan (SSP) list of recommended bulls for breeding. Also, Fresno Chaffee Zoo was in the near-completion phase of its new African Adventure exhibit, had acquired two females from a sanctuary in Arkansas, and was looking for a bull to breed its two females. And Fresno Chaffee Zoo Director Scott Barton was quite familiar with our program and our elephants, as he had been involved with our move of five other herd members to Reid Park Zoo in Tucson, Arizona, when he was director there. Altogether, it was deemed a good fit for ‘Musi.

‘Musi was Msholo’s favorite sparring partner. He was also, arguably, our best trained elephant, having been born into our training system and having had the luxury of getting lots of attention and individual sessions at an early age, and throughout his life. Easily a favorite among his keepers, ‘Musi’s demeanor is so calm and relaxed that many a new keeper “cut their teeth” with him, learning the techniques and philosophy of our positive, trust-based training system. Keith Crew, a senior keeper, has been one of ‘Musi’s primary trainers the entire 11 ½ years, and much of ‘Musi’s attitude and behavioral repertoire can be attributed to Keith’s long-term care of him. So, in answer to the question in your mind right now, the answer is yes, we all love our ‘Musi-boy, and we are excited for the next chapter in his life.

In Parts 2 and 3, I’ll tell you a little more about ‘Musi’s new home and herd mates—and all the planning and care that goes into relocating a much beloved, 7,500-pound African elephant.

Curtis is the elephant supervisor at the San Diego Zoo Safari Park. Read his previous blog, A Tusk Task. 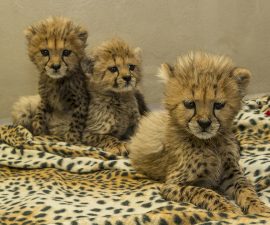 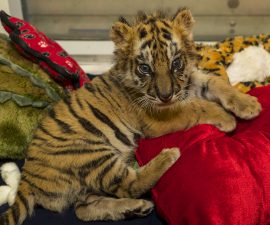 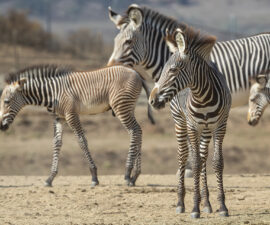