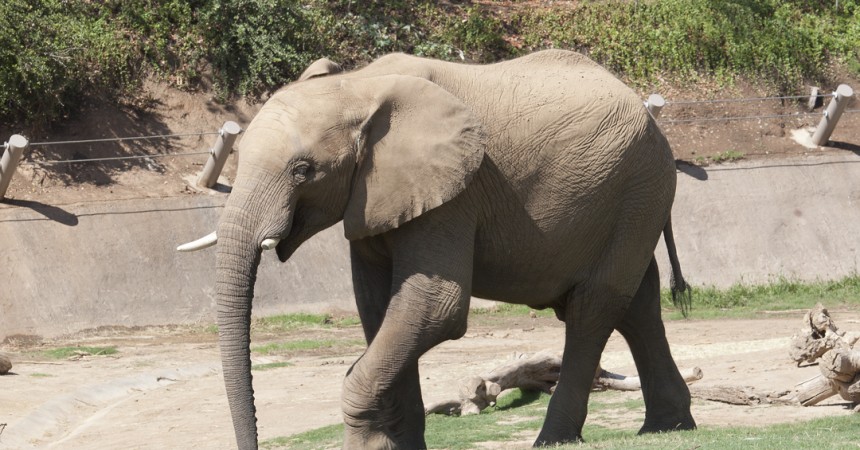 A team of animal care staff from the San Diego Zoo Safari Park went on the road this week with a 7,500-pound (3,432-kilogram) traveling companion named Vus’Musi. The 11-year-old male elephant—who is affectionately called “Moose” or “Moosey” by his keepers—was moved to a new home at the Fresno Chaffee Zoo on Thursday, Aug. 20 as part of a breeding loan recommended by the Species Survival Plan program, managed within zoos accredited by the Association of Zoos and Aquariums.

Vus’Musi’s keepers worked with him for weeks to prepare him for the move, so when the day came for him to leave the Safari Park, he walked into his moving crate easily. To ensure that Vus’Musi was safe and confortable, he was monitored throughout the entire drive by two of his Safari Park keepers and a veterinarian. During the trip, there were frequent stops to reward him with treats, including watermelon and cuttings from leafy tree branches.

Upon his arrival, Vus’Musi was placed in a holding area that allows him to see his two new herd members, females Amy and Betts. He won’t have physical access until he has completed his quarantine at the Fresno Chaffee Zoo. Two of Vus’Musi’s keepers from the Safari Park, Mindy Albright and Curtis Lehman, will stay with him in Fresno to assist in his transition to new keepers and surroundings.

“He’s all grown up,” said Curtis Lehman, animal care supervisor, San Diego Zoo Safari Park. “Being a male, we knew that someday he’d probably move to another place and start a family of his own—and it turned out to be the Fresno Chaffee Zoo.” 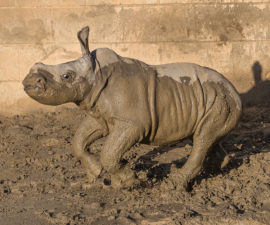 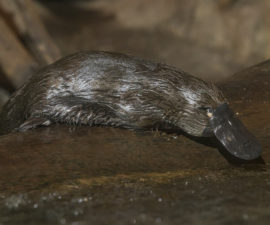