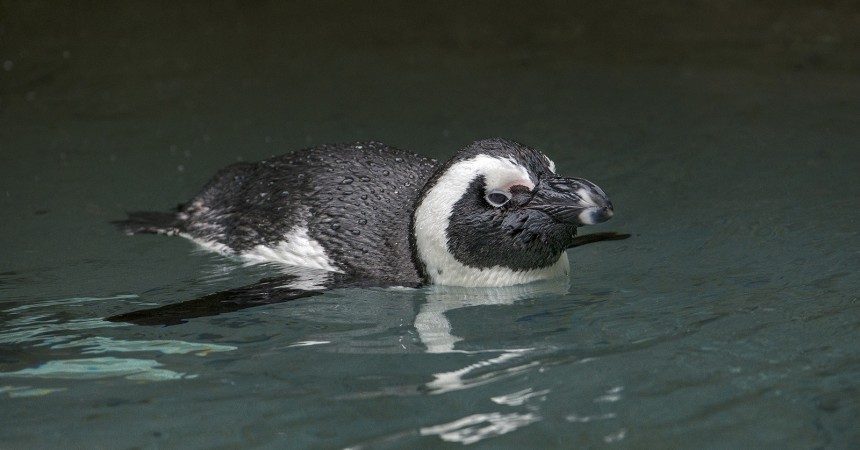 A live cam showing the antics of two young penguins at the San Diego Zoo’s Children’s Zoo debuts today. The new cam, featuring penguins Dan and McKinney, is part of a popular feature of the San Diego Zoo Global website and can be accessed at sandiegozoo100.org/penguincam.

The two young penguins are residing at the Children’s Zoo while their new habitat, Penguin Beach, is being built.  Penguin Beach, which opens in 2017 in Conrad Prebys Africa Rocks, will resemble southern Africa’s shoreline with a sandy beach nestled among towering boulders. Gentle waves from a more than 60,000-gallon penguin pool will lap on the sand and guests will be afforded close-up and underwater viewing. Also included are 30 burrows that lead to nest boxes in a penguin care center, where parents can nurture their chicks. The new habitat is being funded largely by a $5 million gift from local philanthropists Dan and Vi McKinney. The McKinneys’ leadership gift, along with support from 1,550 additional donors, will enable the Zoo to create Penguin Beach, a seashore habitat and breeding center that will be home to as many as 50 African penguins.

African penguins face many threats in the wild, and they are one of the most endangered species of penguin.  From 2001 to 2009, researchers have noticed a decrease in the African penguin population by more than 60%, making the conservation of this species critical.

San Diego Zoo Global is taking a leadership role in conservation awareness and hosts more than 275,000 schoolchildren on grounds at the San Diego Zoo each year. San Diego Zoo Global works with the Association of Zoos and Aquariums (AZA) on conservation efforts for African penguins in South Africa and is part of the conservation action plan called SAFE. This program is a biodiversity management plan looking at challenges and concerns these birds are facing in the wild, including commercial fishing, human disturbance of habitat and oil spills. 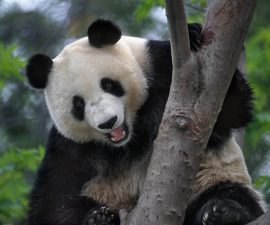