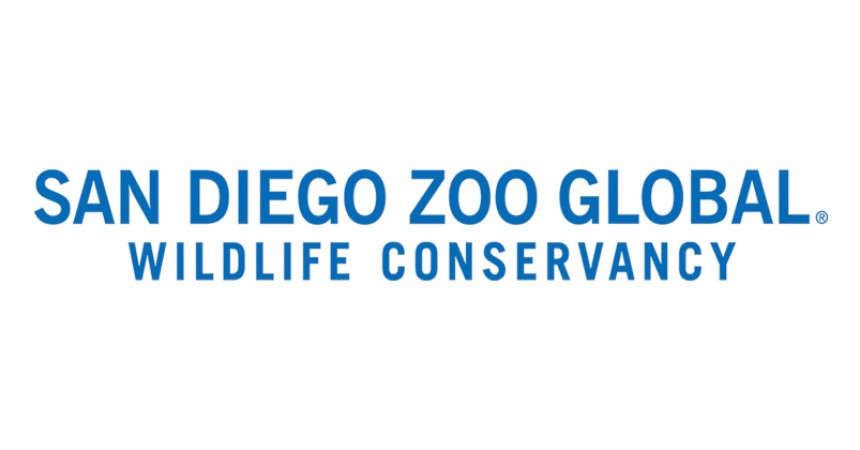 A female Yangtze giant softshell turtle (Rafetus swinhoei) – potentially the last female of her species – has been artificially inseminated at the Suzhou Zoo in China. The procedure, an international effort, brought together top scientists from the Turtle Survival Alliance (TSA), San Diego Zoo Global, Wildlife Conservation Society’s (WCS) Bronx Zoo, Changsha Zoo, Suzhou Zoo and the China Zoo Association, and provides a ray of hope in a continuing effort to save the world’s most endangered turtle.

WCS China Reptile Program Director and coordinator of the Rafetus swinhoei breeding program, Dr. Lu Shunqing, mediated the program agreement among the partners and has coordinated the program during the past eight years.

“We had to find out if the last known male in China no longer produces viable sperm due to old age or an inability to inseminate the female,” said Dr. Gerald Kuchling, organizer of the artificial insemination effort and Rafetus breeding program leader for the TSA.

There are four Yangtze giant softshell turtles remaining in existence – two in Vietnam (both thought to be males) and two in China at the Suzhou Zoo (a male and female). The male and female—both believed to be greater than 100 years of age—were brought together in 2008 as part of a captive breeding program designed to recover the species. Although the two turtles have displayed courting behavior, eggs laid by the female were infertile.

To determine the cause of the infertility, Suzhou Zoo, Changsha Zoo, and the China Zoo Association requested TSA assemble a team of scientists to conduct a reproductive evaluation of the male, collect semen, determine if he had viable sperm, and, if viable sperm could be demonstrated, artificially inseminate the female.

During the process, the male was determined to have damaged sex organs, perhaps due to a fight with another male decades ago. For this reason, the scientists believe the male incapable of inseminating the female, and therefore, fertilizing the eggs.

“Normal semen parameters for Rafetus are unknown as this was the first attempt to collect and examine sperm from this species,” said Dr. Barbara Durrant, Director of Reproductive Physiology at the San Diego Zoo Institute for Conservation Research. “The semen evaluation revealed that approximately half of the sperm were motile.”

This attempt marks the first time artificial insemination has been tried with any softshell turtle species and, based on results of insemination attempts with other turtles, the odds are not good for success. With natural breeding unsuccessful however, the scientists felt it was time to explore this option. Both turtles recovered from the procedure in good condition.

“This was a great exploration to advance the conservation of Rafetus swinhoei, however, we can not yet determine if the exploration was successful or not,” said Director Chen Daqing of Suzhou Zoo. The female will lay the eggs in a few weeks and in a couple of weeks after that, the scientists will know if the eggs are fertile.

Listed at the top of the World Conservation Union’s Red List, the Yangtze giant softshell turtle is the most critically endangered turtle in the world. Its status in the wild has long been recognized as grim, but extinction risk now is believed higher than ever. Much of its demise has been attributed to over-harvesting and habitat degradation.

The Wildlife Conservation Society saves wildlife and wild places worldwide through science, conservation action, education, and inspiring people to value nature. WCS envisions a world where wildlife thrives in healthy lands and seas, valued by societies that embrace and benefit from the diversity and integrity of life on Earth. To achieve our mission, WCS, based at the Bronx Zoo, harnesses the power of its Global Conservation Program in more than 60 nations and in all the world’s oceans and its five wildlife parks in New York City, visited by 4 million people annually. WCS combines its expertise in the field, zoos, and aquarium to achieve its conservation mission. 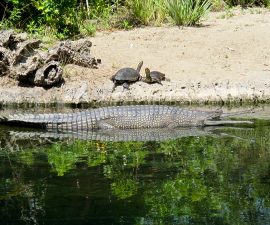 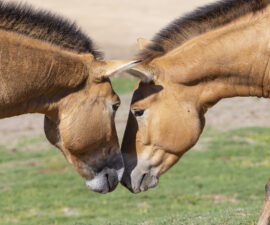 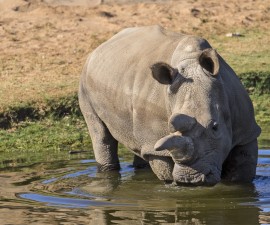