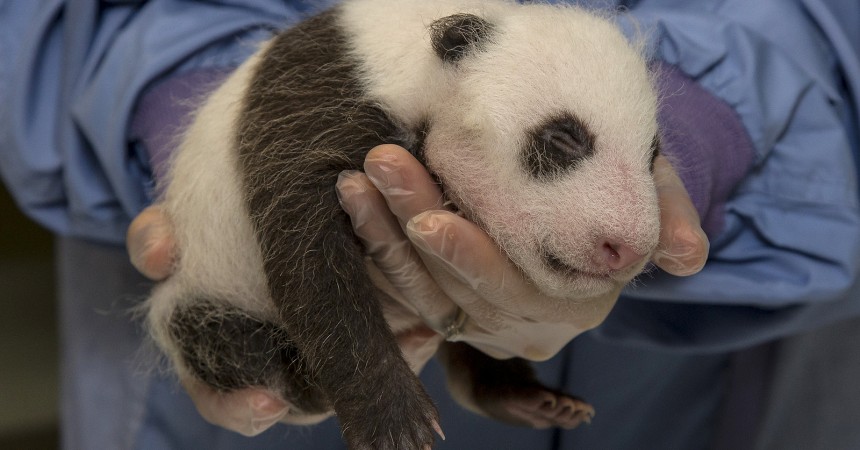 This morning, giant pandas Bai Yun and Gao Gao were given physical access to each other for their first breeding attempt since 2012. Researchers at the San Diego Zoo Institute for Conservation Research have been monitoring the hormone levels of Bai Yun, waiting for her to show signs of estrus. Animal care staff at the San Diego Zoo watch for physical cues, like scent marking, and listening to the vocalizations of both bears.

Bai Yun and Gao Gao are a successful breeding pair. They have produced five offspring together.

The main panda viewing area at the Zoo was closed this morning and the online Panda Cam turned off while staff observes the bears for breeding behavior.

After seeing all the cues indicating that both bears are interested in breeding and getting test results of Bai Yun’s hormone levels, keepers opened the doors between the main viewing exhibits, allowing the bears to have contact with each other. Keepers are hopeful that the pandas will continue to show signs of interest in each other, which will prompt additional time together for breeding.

Female giant pandas only experience their estrus once a year and it only last for 48 to 72 hours. Staff will not know if this breeding season will yield a cub until a possible birth would be imminent, in approximately July 2015. The San Diego Zoo has a record of success with six cubs being born in San Diego since 1999.  Giant pandas are considered to be critically endangered in the wild.