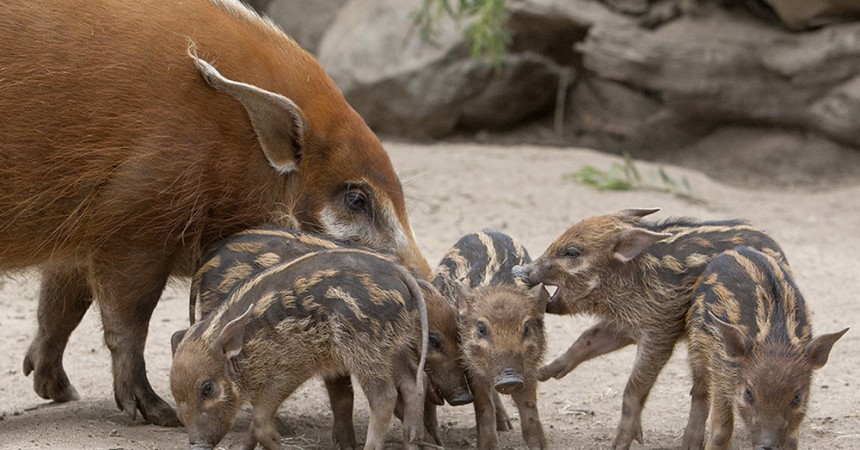 Five, three-week-old red river hog babies crowded after their mother earlier today at the San Diego Zoo Safari Park. The piglets are still nursing from their mother but are beginning to eat solid foods and were seen nibbling on bits of leafy browse offered to them today.

Young red river hogs differ from adults in their striped markings. This coloration helps them blend into their habitat in sub-Saharan Africa. Red river hogs get their name from their behavior of wallowing in ponds and streams and the color of their coat when they mature. Also called bush pigs, the species is found in African rain forests. In recent years, their population appears to be affected by hunting. 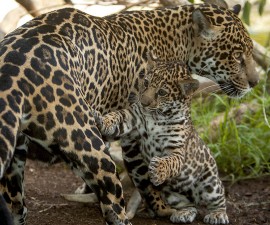 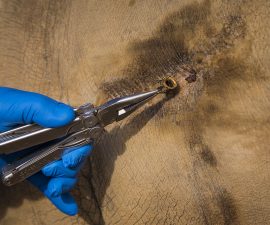 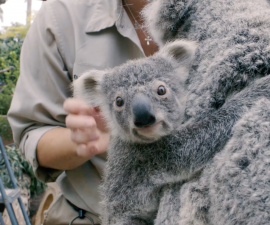