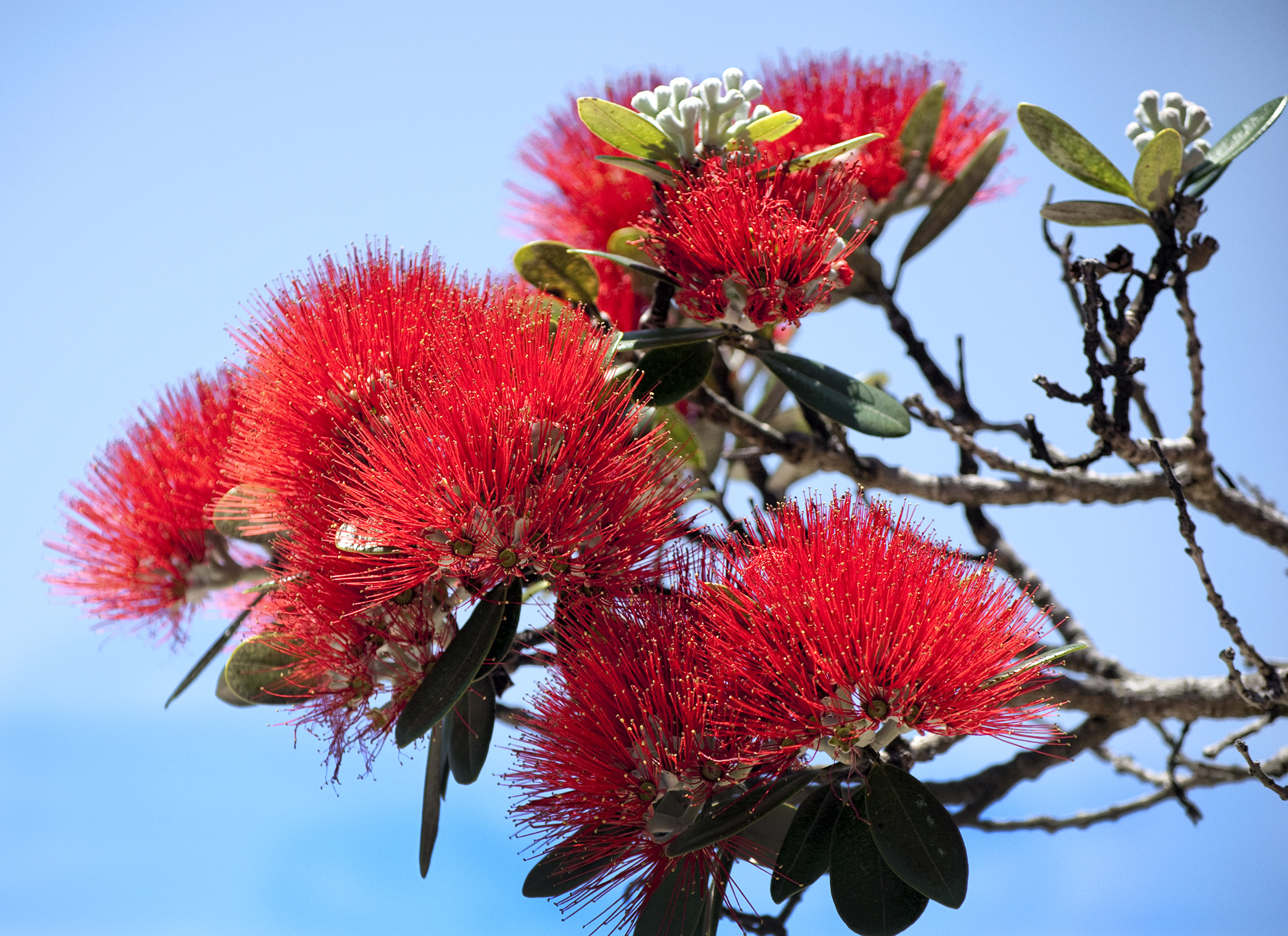 Stars of the Solstice

Put a Little Botany in Your Holiday

During this festive time of year, it’s hard to miss the botanical influence in holiday traditions.

When everything else in the winter landscape is dead or dormant, evergreen trees and the clippings of evergreen shrubs have become symbols for spring’s much-anticipated return. In snowy climes, they were brought inside around the time of the winter solstice to remind people of better days to come. It’s a practice that’s become so much a part of the season that now we’re just as likely to find these stars of the solstice in the desert and the tropics as in snow country.

Many plants have become famous in fable and song. Pine, fir, and yew trees immediately come to mind—“O Tannenbaum”! Other plants with yuletide or winter solstice significance include poinsettias, holly, and mistletoe. More recent botanical beautifications include Christmas cactus and New Zealand Christmas trees. What is it about these plants that captures the spirit of the season? Poinsettias have become almost as closely associated with the holiday season in North America as evergreen trees. But the poinsettia Euphorbia pulcherrima is actually a subtropical plant native to Mexico. It was named after Joel Roberts Poinsett, the first U.S. ambassador to Mexico, who introduced these plants to North America in the early 1800s.

It might seem that a poinsettia’s colorful parts are the flowers, but they are actually modified leaves known as bracts. Poinsettia flowers are the small, green-and-yellow buds in the center of the showy, colorful bracts. PICK YOUR POINSETTIA
While most people think of poinsettias in the red-and-green color scheme, the plants can also be white, yellow, pink, and marbled.

In its native land, the poinsettia is a flowering shrub that grows up to 10 feet tall. Intolerant of the cold, in northern climates it is grown almost exclusively indoors and in commercial greenhouses. With its splash of color and “hot house” history, the poinsettia has come to represent something special—something that stands out from the ordinary, much like the holidays themselves. As such, this pretty plant is often given as a gift at this time of year. A Sprig of Holly

It’s an enduring wintertime tradition: “deck the halls with boughs of holly.” Holly Ilex spp. has long been a part of winter solstice lore. The many types of holly span quite a variety of sizes, shapes, and uses, from the 50-foot-tall Ilex opaca to the Ilex crenata ‘Helleri’ cultivar used as a ground cover. Since most holly shrubs are evergreen, they provide a splash of color to the winter landscape. Like evergreen trees, they serve as symbols of hope and rebirth, a reminder that spring will come again. BERRIES FOR BIRDS
Birds feed on red holly berries in a season when food is scarce. But they are mildly toxic to humans, dogs, and cats, so be careful with them around children and pets.

The ancient Celts wore sprigs of holly in their hair, believing that the stiff, pointy leaves offered protection against evil spirits. They brought sprays of holly inside during the cold-weather months, in the belief that they were giving the tiny, benevolent spirits of the forest shelter from ice and snow. The Romans used holly to honor Saturn, the god of agriculture, during the Saturnalia festival that was held around the time of the winter solstice. They adorned images of Saturn with it, gave one another holly wreaths, and carried holly in processions.

Early Christians adopted holly as a Christmas decoration, associating the prickly leaves of holly trees with Jesus’ crown of thorns and the berries with the drops of blood shed for humanity’s salvation. Some of the symbolism surrounding the evergreen holly makes an appearance in the popular carol, “The Holly and the Ivy.” As all holiday partygoers know, it’s mistletoe that sanctions yuletide kisses. Author Washington Irving described the age-old tradition: “The mistletoe is still hung up in farmhouses and kitchens at Christmas, and the young men have the privilege of kissing the girls under it, plucking each time a berry from the bush. When the berries are all plucked, the privilege ceases.” (Picking—or even touching—the berries is probably not a good idea, given that most parts of this plant are poisonous to humans and pets!) PUCKER UP
Kiss but don’t touch; mistletoe is poisonous to people and pets.

The origins of kissing under the mistletoe go back to the ancient Norse myth of the death of Baldur. According to the legend, when Baldur was born, his mother, the Norse goddess Frigga, made all plants, animals, and objects promise not to harm him. But she overlooked the mistletoe plant, hidden as it was among tree leaves, and the mischievous god Loki tricked one of the other gods into killing Baldur with a spear made of mistletoe, causing much grief. As a result, the gods agreed that from then on, mistletoe would bring only love into the world—and any two people passing under mistletoe would exchange a kiss in memory of Baldur. Many people don’t realize that mistletoe is a parasite. It grows on trees, sending a specialized root system, called a haustoria, down into its host to extract nutrients. It stays green throughout the winter, while the trees it grows upon may not. For the Celtic druids, this made mistletoe a sacred and mysterious plant.

Despite these noble tales, the name “mistletoe” has a decidedly unromantic origin: early Europeans noticed that mistletoe plants seemed to magically appear on a twig from bird dung. In their dialect, mistletoe means “excrement on a twig.” And they were more right than they knew—mistletoe berries are a favorite treat of certain thrushes, which pass the seeds through their digestive tract onto the branches of trees, where they sprout and grow. It may not be magic, but it is an efficient adaptation! Of course, long before Europeans arrived, the Maori people of New Zealand had named the species; they called it póhutukawa, which means “drenched with spray,” because the tree grows on sea cliffs. You may encounter a New Zealand Christmas tree closer to home; they’ve been introduced to other warm regions of the world. If you live on the northern half of the globe, though, don’t expect flowers during the winter holidays; wherever the trees grow, they flower in early summer. (That’s June, here in San Diego.) Like the New Zealand Christmas tree, the Christmas cactus Schlumbergera spp. is a recent arrival on the holiday scene, and it also hails from the Southern Hemisphere. Like mistletoe, it grows on trees, not in the ground. It’s an epiphyte, though—not a parasite—using its host only as a place to live. CHRISTMAS BLOOM
Typically these unusual cactuses are for sale around the holidays in Europe and North America.

Native to Brazil, a Christmas cactus lacks spines and doesn’t look much like a typical cactus. It belongs to a small tribe of cactuses known as the Rhipsalideae, which all grow on trees or rocks. The unique plants were admired greenhouse plants in Europe in the late 1800s but faded in popularity until about the 1950s, when breeders developed new cultivars that grow in free-draining, humus-rich soil—in a range of flower colors including red, pink, cream, gold, fuchsia, lilac, coral, and orange. Bringing greenery, berries, and flowers indoors in winter seems to be an everlasting tradition. No need to restrict your holiday decorating to the old standbys, though. Let your own garden or local nursery be your inspiration as you deck your own halls with boughs of botanical beauty. 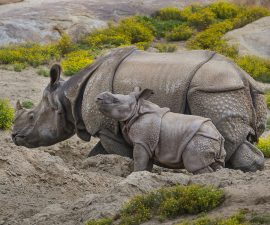 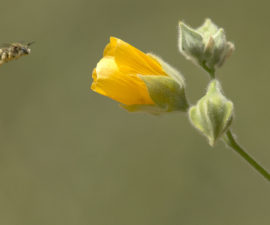 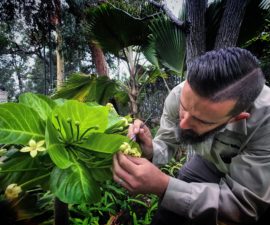