A Zoo Salute to Arbor Day

National Arbor Day is the last Friday in April. It’s a day to celebrate trees and the vital role they play in our world. Trees regulate temperature, create shade, provide food and habitat for wildlife, and counteract global climate change. Planted properly, they add value to your home and can even help you save energy. And let’s not forget that they also absorb carbon dioxide and pollutants, and they produce oxygen! So, to honor Arbor Day, we’re bringing you a peek at some of the remarkable trees—and other noteworthy plants—that will greet visitors in the Zoo’s expansive, new Conrad Prebys Africa Rocks experience opening this summer.

After years of planning—and thanks to some very generous donors—we are just weeks away from presenting Africa Rocks, a much-anticipated, multispecies tribute to African wildlife. While the animals may be the main attraction, trees and other plants found in African habitats set the stage. Visitors will wander through the Ethiopian Highlands, an acacia woodland, a kopje, Madagascar forest, a West African forest, and southern Africa’s fynbos region.

The Ethiopian Highlands are also known as the “roof of Africa.” In this rugged, high-elevation territory, a red-hot poker tree Erythrina abyssinica creates an environment where other species can thrive. These trees create a shady place for other plants to flourish, nourish the soil, and attract pollinators. Birds feast and rest on the trees, and their droppings fertilize the earth and deposit undigested seeds that sprout in the friendly environment. Many similar trees—which grow in tropical and subtropical areas worldwide—are threatened. San Diego Zoo Global participates in conservation projects to learn more about the DNA of Erythrina species, and to propagate and protect these habitat makers.

Icons of the African savanna, acacia trees provide shade and food. The thick bark and sharp thorns of a camel thorn acacia Vachellia erioloba deter some hungry herbivores, but many types of gazelles, monkeys, and giraffes are willing to work around these obstacles. GET THE POINT?
Many herbivores can avoid an acacia’s thorns to feast on its delicious fruits and flowers.

These trees survive a long dry season, thanks to a taproot system that can reach deep into the ground.

Figs—Ficus species—grow in a wide variety of habitats, and in the West African forest, the floating fig tree Ficus cyathistipula provides a feast for birds, monkeys, and lizards. In fact, figs are vital resources wherever they grow. They bear fruit several times a year, and different species develop fruit at different times, providing a ready supply of food for a wide variety of animals. IN THE FIG
Certain wasps breed only inside figs, and in the process, pollinate these plants.

But fig trees depend on something else: a tiny wasp. Fig wasps are the only pollinators for these trees, and each fig species has its own particular type of fig wasp. In turn, the wasps can breed only inside figs. It’s a remarkable life cycle, and a mutual relationship that helps keep the forest fed.

Some generally flat areas of Africa are punctuated by small, rocky outcroppings called kopjes (KOH-peez). A kopje (Dutch for “small head”) is a microhabitat that provides food and hiding places for many animals. It takes a tough tree to sprout from rock, but the red-leaved rock fig Ficus ingens thrives in this challenging habitat. TOUGH CUSTOMER
The red-leaved rock fig can sprout in some surprising places.

Its seeds are distributed in animal dung, and they sprout and manage to survive wherever they are dropped—even in rock crevices. The growing tree sends out branching roots to seek water and nutrients, sometimes defying gravity and growing out sideways. The roots can eventually crack and split stone, transforming their habitat over time.

East of the African continent lies the unique island of Madagascar. The spiny forest of southern Madagascar is an area of amazing biodiversity—one of the 200 most important ecological regions in the world. Here grows the elephant tree Operculicarya decaryi, named for its rough-textured bark and stout trunk.

Madagascar’s spiny forest gets little rain, so the elephant tree’s trunk swells to store water for the dry times. Look closely, and you’ll see grooves in its bark that help funnel rainwater to the roots. Elephant trees can reach 30 feet in height and provide perching and nesting sites for a variety of bird species. Lemurs and other mammals have been known to bite into the elephant tree’s bark in search of moisture.

A unique region of coastal southern Africa is known as the fynbos (FIN-bose)—an Afrikaans word meaning “fine bush”—due to its diminutive plant life. The fynbos is another biodiversity hotspot. Trees are few and far between, but proteas like the giant orange nodding pincushion Leucospermum cordifolium stand tall in this elfin forest, which provides a backdrop to beaches that are home to African penguins. In the fynbos, proteas grow in a wide variety of shapes and sizes, their odd-looking blossoms poking up from among the other low-growing plants. Their nectar attracts insects, which in turn provide a buffet that supports birds and other wildlife. The proteas benefit, too—insects, birds, and even small mammals pollinate the plants as they go from flower to flower.

Two extraordinary cycads, also native to southern Africa, will make their Zoo debut in Africa Rocks. One is a 500-year-old, critically endangered Albany cycad Encephalartos latifrons. The other is a Wood’s cycad E. woodii—a species that’s extinct in the wild, represented today only by individuals at a few botanic gardens. They may look a bit like palm trees, but cycads are actually more closely related to conifers—a fact that becomes more obvious when they produce their cones. Unlike conifers, however, which usually have male and female cones on the same plant, cycads often bear male and female cones on separate plants. READY AND WAITING
Two unique and rare cycads are prepared for their new home in Africa Rocks.

Although cycads have been around since the age of the dinosaurs, more than half the known species are threatened. They serve as a reminder of the importance of protecting biodiversity in Africa and elsewhere. While most of our planet’s habitats are now affected by humans, communities and conservation groups are banding together and looking for sustainable solutions that allow both people and habitats to thrive.

A Breath of Fresh Air

We can thank the state of Nebraska for leading the US in the first Arbor Day celebration in 1872, planting thousands of trees. When President Theodore Roosevelt issued the very first national “Arbor Day Proclamation to the School Children of the United States” 35 years later, we can be pretty sure he wasn’t envisioning cycads or elephant trees. This Arbor Day, take a deep breath—and thank all the plants that produce the oxygen we need. Whether you take a shovel to the earth to plant a tree, or dust off your hand trowel to pot a protea, we salute you! 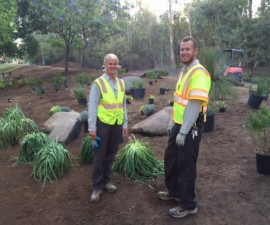 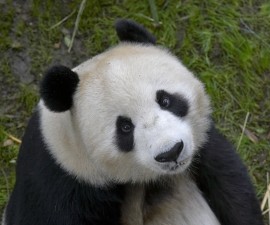 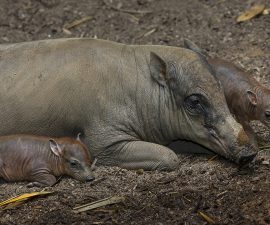