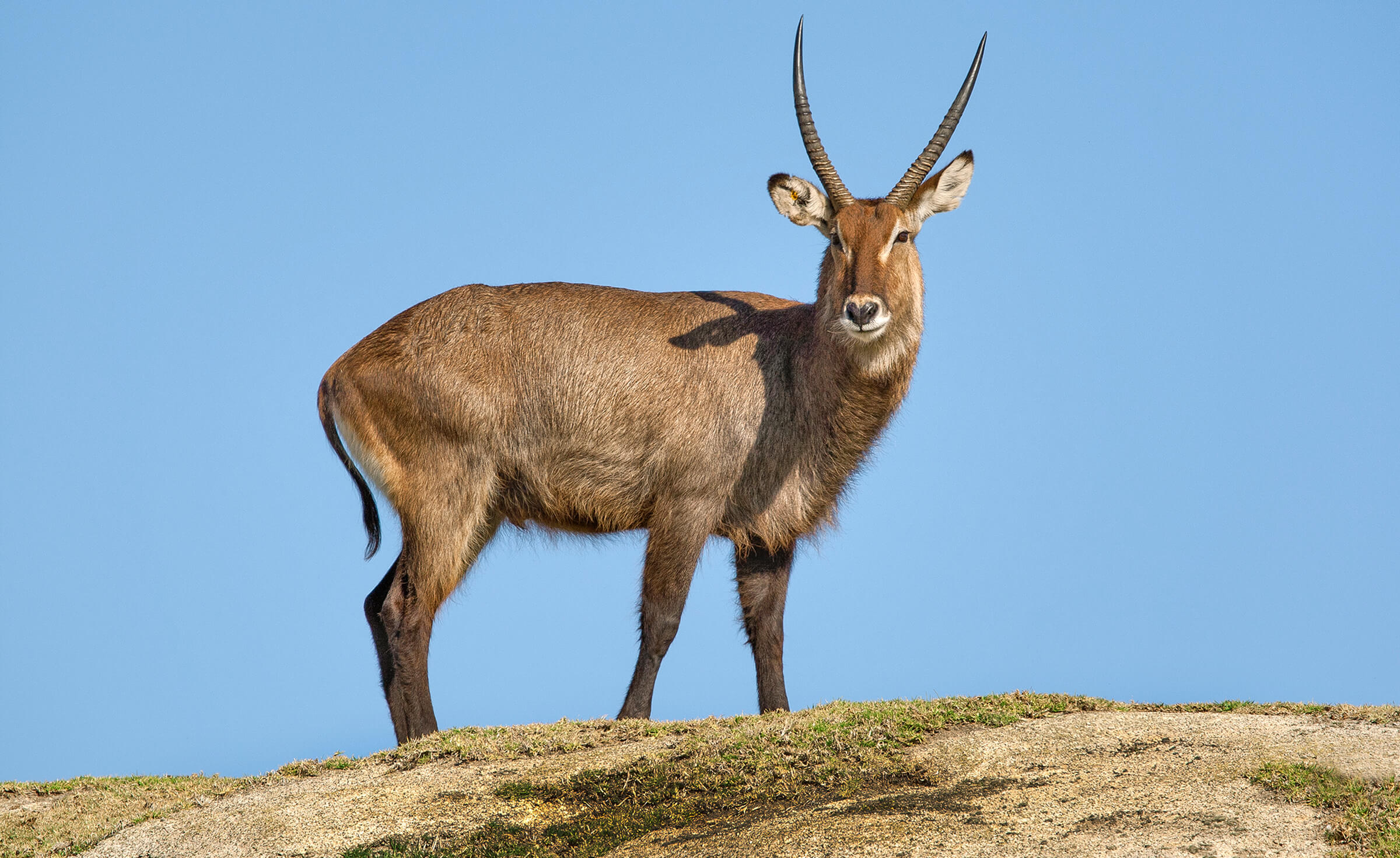 Life as a prey animal is like a game of “Survivor”—except winning means you get to live another day, and losing doesn’t mean you’re voted out—it means you’re eaten up. With the stakes so high, it’s no surprise that creatures found on a carnivore’s menu need to find themselves a good survival plan. Just ask the many species of antelope, among the wide variety of horned animals in the Family Bovidae. Counting among its members the impala, waterbuck, lechwe, kob, and rhebok, among others, this group is practically considered a food group by predators such as leopards, lions, civets, hyenas, wild dogs, cheetahs, and pythons. Despite sharing a family tree, the different antelope species branch out on their own when it comes to plotting their escape from danger. Is it fight or flight? Run or hide? That depends! BORN TO RUN
Impala calves are capable of walking within 10 minutes of being born. It takes a little longer to work up to a run.

For some antelope, the need for speed is met with fleet feet. Springbok and pronghorns, capable of running 55 miles per hour, give most predators a run for their money—and usually win. Not far behind, but still ahead of many pursuers, are wildebeest and blackbuck at 50 mph, and the bongo at 43. Of course, a big consideration is the predator. Cheetahs can reach 60 mph, so they’re hard to outrun. They stand a better chance against wild dogs (44 mph) and hyenas (35 mph). But sometimes it’s not speed that puts an animal out of reach. SPRING IN THEIR STEP
Springbok calves have to be fleet of foot from the get-go.

They may not be able to leap tall buildings in a single bound, but some antelope naturally get the jump on their pursuers. Harold Steyns, a lead keeper at the San Diego Zoo, has seen this ability up close. “Lesser kudu, for example, are amazing jumpers,” he says. “They can jump almost 12 feet up, and that gets them away from all sorts of predators.” Not surprisingly, some of the vertical movement champs have “spring” in their name, such as the springbok, which can repeatedly jump up more than six feet, using all four feet in a practice known as pronking or stotting. Not only does this give an antelope a head start, it can also confuse the animal giving chase. SPOT ON
A klipspringer’s hooves are built for precision—it can land all four feet on a tiny area.

Another antelope, the klipspringer, is also a gifted springer, but gets extra points for sticking the landing. “Klipspringers walk on tip toes, and jump from rock to rock,” explains Liz Johnson, a senior keeper at the Zoo. The shape of their somewhat soft, tiny hooves creates a suction-cup effect. “They can land all four feet on a spot the size of a silver dollar. It’s awesome!” LEAPIN’ KUDUS!
If the kudu’s striped coat and speed don’t make it hard difficult enough to see and catch, the animal’s leaping ability can put it head and shoulders ahead of predators.

You Can’t See Me

Another tactic in the antelope bag of survival tricks is avoiding detection in the first place. Some species, like the lechwe, spend their lives near water. While they can jump in and swim away from danger, they can also hide in water, with only their noses visible above the surface. Duikers, such as Maxwell’s duikers, freeze in place, sometimes with one leg off the ground, blending into the background and trying not to resemble prey. Steenbok hide in plain sight by lying flat against the ground with their necks outstretched, in an effort to be overlooked. Their coloring acts as camouflage, adding to their disappearing act. TUCKERED IN
Some newborn antelope, like the Nile lechwe, make themselves harder to find by tucking into brush or flattening themselves against the ground.

Learning the ropes about staying alive starts from the time a calf’s feet hit the ground after birth. The deciding factor on how to best protect oneself has a lot to do with the behavior of the herd. If the group doesn’t roam too far, like greater kudu, gemsbok, and Nile lechwe, for example, the offspring are “tuckers,” which means their mothers find a safe niche to hide their babies. Mom can graze nearby, and allow the little one to get a bit stronger before joining the group. Some of these species take hide-and-seek to a new level. “In our East Africa field enclosure, Nile lechwe are some of our best tuckers,” says Matt Gelvin, a lead keeper at the Safari Park. “Keepers sometimes spend hours looking for them.” ON THE GO
Migratory antelope species like the bongo produce calves that are able to keep up with the herd shortly after birth.

On the other hand (or hoof), some species migrate and are constantly on the move, and their babies need to be able to keep up. These new arrivals are referred to as “runners” or “followers.” Wildebeest, impala, and bongo are just some of the species that produce precocious kids. Wildebeest calves can stand as soon as 6 minutes after being born; impala calves are walking within 10. The youngsters are often kept together in a nursery group, where the adults keep an eye on them. THE WATERBUCK TUCK
Ellipsen waterbuck are protective of their calves, and the females make sure the youngsters have good hiding places.

Staying safe can be difficult for prey animals. You have to be fast, agile, and clever. It also helps when a whole herd has your back. Predators don’t count to 100 before starting the hunt, so prey animals better make their move fast—or pick a good hiding spot! 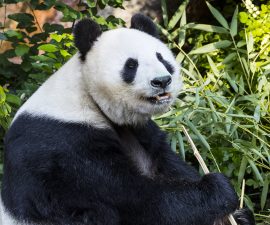 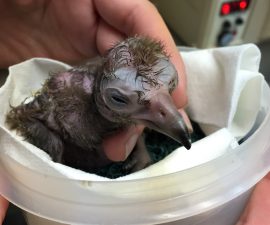