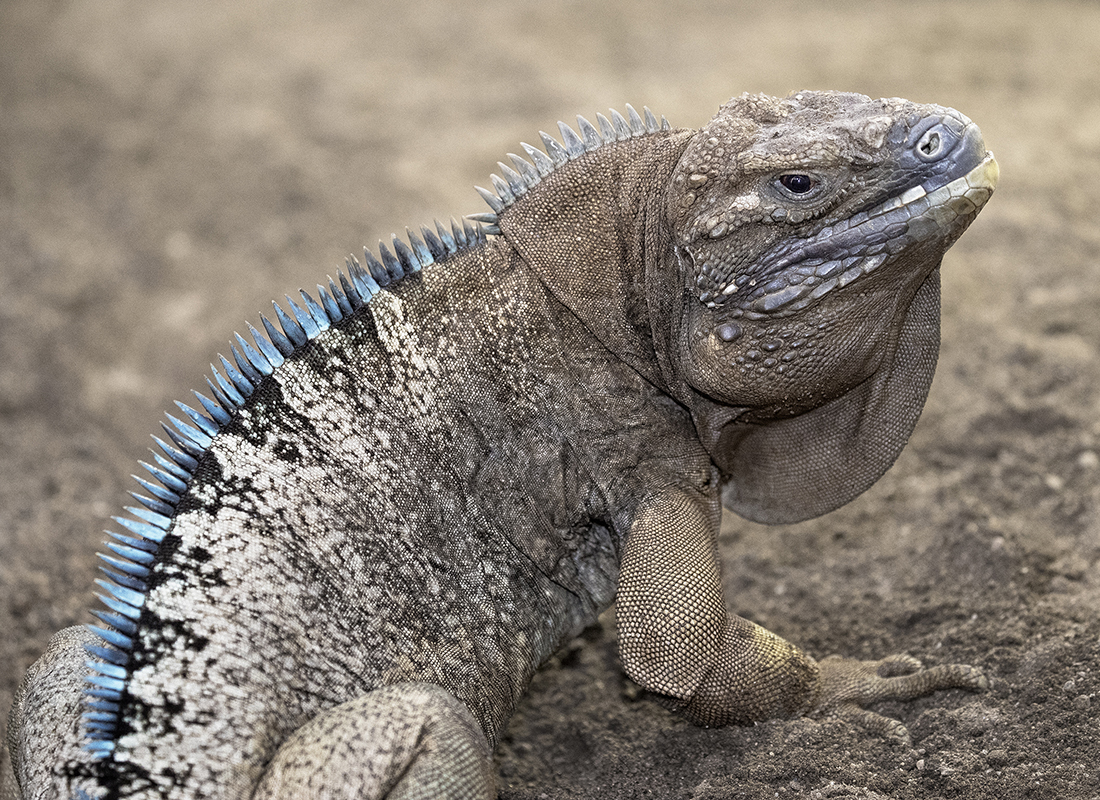 Tipping the "scales" for the Jamaican iguana

Number of rock iguana subspecies in the West Indies.

Eleven palm-sized, leathery eggs ranged in color from rich, earthen brown to weak tea. The darker eggs were not fertile; the lighter eggs contained a developing rock iguana, folded tight as origami inside. Representing the future of their species, the eggs in the toasty warm incubator were being carefully supervised at the San Diego Zoo Institute for Conservation Research. For the critically endangered Jamaican iguana, this clutch from two different adult iguana pairs is a significant boost to the assurance population in North America. The off-exhibit Kenneth and Anne Griffin Reptile Conservation Center is meticulously managed by conservation program specialist Jeff Lemm, who oversees the breeding and care of several endangered reptile species. Jamaican iguanas are of the highest priority for rock iguana conservation; currently there are 75 Jamaican iguanas in 10 North American institutions, and 11 of those rare reptiles reside at the Reptile Conservation Center. SLEEPING BAG PHASE
Hatching is exhausting business! Some iguanas rest just out of the shell in a “sleeping bag phase” for a day or two.

Jamaican iguanas hatched at the San Diego Zoo Institute for Conservation Research since 1996.

The incubation period for Jamaican iguanas is about 100 days. An observable indent appears in the egg right before hatching as the youngster absorbs the fluid inside. Using a temporary egg tooth, the gray, striped creature forces its way to freedom. Soon, “its nose pokes out, and it takes its first breath, which is followed by the ‘sleeping bag phase’ where it rests with its head out of the shell for a day or two. But some iguanas just burst out,” Jeff said. For the first week, the baby iguana absorbs the yolk, which is a useful energy store after the laborious effort of hatching. Happily, the 2017 breeding season resulted in one egg from the first clutch hatching on September 4, followed by three eggs from the second clutch hatching on October 6, 7, and 11. The iguanas are housed separately, as “they will scrap with each other,” but they can see each other through a “howdy door” and screen, which serves as a form of soft socialization minus the aggression. The growing young use hibiscus trees for food and shelter in their enclosure. During its 70-year life span, a healthy male Jamaican iguana can reach 3 feet in length and weigh about 15 pounds. Females are a bit smaller. Breeding season is in May and June, and come July, a female seeks out a nesting site where she digs a deep burrow to safely stow her eggs, tamps down the soil, and stands guard for a couple of weeks. After oviposition, she can lose half of her body weight. MIGHTY HERBIVORE
Jamaican iguanas were thought to be extinct since the 1940s, but a tiny population was rediscovered in 1990. They remain critically endangered.

Approximately how many days the eggs incubate.

The latest little scaled wonders were a long time coming. “We have worked with this species since 1996, when we got our first hatchlings from the Hope Zoo in Kingston, Jamaica,” said Jeff. The original animals were very difficult to breed, and none of the zoos in the program had any success. In 2006, the Indianapolis Zoo was the first to produce viable eggs of this species. Four of those offspring came to the Institute for Conservation Research, where Jeff devoted much attention and ingenuity to their care—they are the parents of the latest Jamaican iguana hatchlings. “Females gravid [pregnant] for the first time can have infertile eggs or produce smaller clutches,” explained Jeff. Jamaican iguanas grow continuously throughout their life, and the larger she is, the better she is at nesting and producing viable eggs. A fully grown female iguana may lay up to 15 eggs per clutch, while a young, smaller female will lay 2 to 4 eggs. “We provide them the best nest material—deep soil and options for heat and moisture—that we can here at the Griffin Center,” said Jeff. “If we fail them, they can’t nest properly.” HEADSTART
Collaboration between 12 US zoos and the Jamaica people and government is helping this species rebound. San Diego Zoo Global is pleased that four of its eggs from 2 different clutches successfully hatched in 2017.

Number of feet in length a full-grown Jamaican iguana can reach.

Last winter, 8 of the 20 iguana enclosures received cameras (thanks to a generous San Diego Zoo Global Ocelots grant), making behavioral observations and egg discovery much easier. “With the cameras, I can find the clutch of eggs in 10 minutes, instead of 6 hours,” Jeff said, with a chuckle. Keeping the precious orbs in an incubator is much safer for a critically endangered species, as the humidity can be controlled—if she lays her eggs in dry soil, it can dry out the eggs. As Jeff said, the goal is to “produce as many young as we can here, and they will go where needed” for breeding purposes. A healthy backup population is important in case something—natural or manmade—befalls the wild population. Observing the animals’ candid behavior is also important. “When they see us, they head bob and ‘talk’ to us, so the cameras help us understand their true, undisturbed behavior,” he said. Preliminary data from the cameras showed that using howdy doors between enclosures year round (so animals can see and smell each other) leads to less aggression when they are paired for breeding. EGGING THEM ON
Jeff Lemm took this telling photo of the eggs laid at the Reptile Conservation Center in 2017: Light-colored eggs have developing hatchlings; darker eggs are infertile. Females lay their eggs from May to June, digging a nest in the soil and covering the leathery eggs with leaves. She will guard her nest for up to two weeks. Hatchlings emerge in about 85 days.

Jamaican iguanas, the largest native animal in Jamaica, are found only in the dwindling tropical dry forests of the Hellshire Hills outside Kingston, Jamaica. This striking species was thought to be extinct in the 1940s, as it had not been seen in the wild for years. But in 1990, a pig hunter’s dog found a Jamaican iguana and it was brought to the Hope Zoo in Kingston. This discovery piqued the interest of local people, and a survey was conducted of the Hellshire Hills, which revealed a small population of fewer than 100 individuals of this iconic reptile. Researchers at the University of the West Indies began a large-scale, cooperative program to save this rediscovered species, which San Diego Zoo Global and other accredited zoos have been a part of from the start. STARTING OUT SMALL
This pint-sized reptile may reach three feet in length and weigh about 15 pounds in adulthood.

Like all successful conservation projects, a multipronged approach is needed. Solutions to the ongoing deforestation of the area—as well as threats from non-native animals including mongooses, cats, dogs, and pigs—need to be tackled. Collecting eggs and raising the baby iguanas until they are large enough to fend off predators has proven effective—about 350 Jamaican iguanas head-started at the Hope Zoo in Kingston have been released into the forest have bolstered the wild population, leading to a sixfold increase in nesting females since 1990. However, one little change in their environment could cause them to go extinct, as the last stronghold for this species is a few square miles in Hellshire Hills. While they are not “fuzzy megafauna,” the Jamaican iguana is a crucial seed disperser to its native forest. “Every species has a purpose,” said Jeff. “Hopefully, people will realize that reptiles need conservation love, too.” 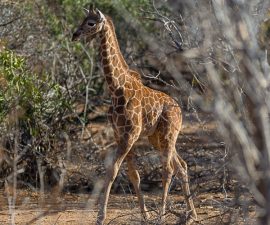 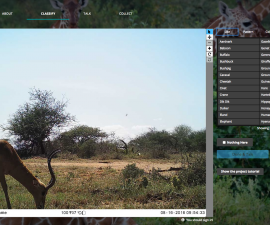