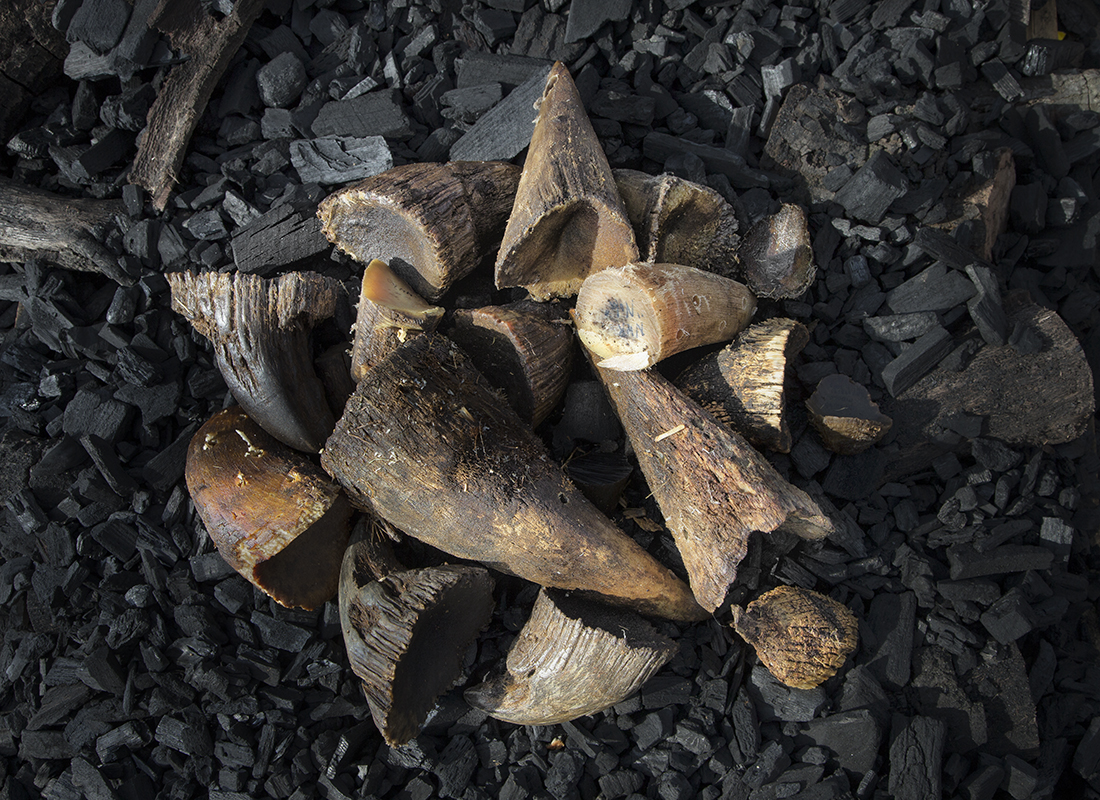 Torching confiscated rhino horn shows poachers and the black market that these illegal products are worthless. In 2016, the first rhino horn burn in the US was held, at the San Diego Zoo Safari Park.

On a clear, warm morning last September, flames devoured a pile of contraband at the Safari Park’s Kilima Point, as more than 100 people solemnly looked on. More than $1 million worth of confiscated rhino horn—some packaged as folk remedies, some ornately carved, some in raw pieces—was torched in the first-ever rhino horn burn in the United States. Joined by our conservation partners—the U.S. Fish and Wildlife Service (USFWS) and the California Department of Fish and Wildlife—the burn delivered a strong message to consumers and poachers of rhinos: wildlife trafficking will not be tolerated!

Organizations working together are determined to end the poaching threat to rhinos. An average of three rhinos are slaughtered every day in Africa. “The poaching of rhinos in Africa is an international tragedy that is pushing these magnificent creatures to the brink of extinction,” said USFWS Director Dan Ashe, addressing the crowd at the ceremony. “The transience of the smoke we see today from the burning rhino horn reminds us of the fragility of the planet’s most imperiled species. Their survival hangs in the balance, and will continue to do so as long as people are buying and selling illegal wildlife products. Only a rhino needs a rhino horn, and it’s time we all understood that.” More then 1,175 rhinos were illegally slaughtered in South Africa in 2015.

The slaughter of African rhinos has dramatically increased in the past decade, from about 20 killed annually to more than 1,175 rhinos killed in South Africa alone in 2015. Clearly, this is not sustainable. The uptick in poaching is largely due to the misguided notion that rhino horn contains some medicinal properties, when in fact, it is made of keratin, like our hair and fingernails. Vietnam and China are the main markets for rhino horn folk remedies, prescribed for ailments like laryngitis, cancer, and headaches, as well as consumed as an aphrodisiac. Additionally, objects made of rhino horn have increasingly become “status symbols” to flaunt wealth. These consumer forces have caused the black market value of rhino horn to skyrocket, and violent poaching and smuggling to reach unprecedented levels.

There are only 3 northern white rhinos surviving today.

The battle against rhino horn and other wildlife trafficking is being fought around the globe and in the United States, which, despite common perception, is one of the largest consumers of smuggled wildlife and wildlife products. Since 2012, the USFWS has led an international criminal investigation called Operation Crash (named for the term used for a group of rhinos). So far, the ongoing investigation has led to 41 arrests and 30 convictions, with stiff sentences demonstrating that the US will not tolerate wildlife traffickers. The investigations, involving agents from multiple regions and agencies, have seized significant amounts of rhino horn, some of which was destroyed at the rhino horn burn at the Safari Park. (Confiscated horn can also be used in training wildlife contraband-sniffing dogs, agency training drills, and education programs.) POACHING IS MURDER
Unbeknownst to many, the US is one of the largest consumers of smuggled wildlife and wildlife products, including rhino horn. Rhino horn is made of keratin, the same material as our hair and fingernails.

3 of 5 rhino species are critically endangered due to rampant poaching: black, Sumatran, and Javan.

Many other countries around the world are also publicly destroying confiscated wildlife products, sending a clear signal that illegal wildlife products will not be traded or tolerated. For example, last April, 120 tons of elephant ivory and 1.3 tons of rhino horn were destroyed in Kenya. In the United States, the USFWS and its partners have held two events to crush more than seven tons of elephant ivory. Capturing the public’s attention, these events create greater awareness of how important it is for consumers to be informed about wildlife products, especially those that may contribute to the poaching crisis.

Another facet of rhino conservation is developing thriving populations in zoos around the world. “San Diego Zoo Global has been working for decades, along with other accredited zoos, to keep a sustainable population of rhinos safe under human care while also working to protect them in their native habitats,” said Douglas G. Myers, president and chief executive officer, San Diego Zoo Global. “We felt this loss firsthand with the loss of the northern white rhino, Nola, last year. Because of Nola, because the northern white rhino is now effectively extinct due to poaching, and for all rhino species, we will continue to work diligently to ensure the survival of these incredible animals.”

As wisps of smoke wafted skyward, our hearts were reminded of the mighty animals that once wore those horns with regal grace. Standing up for the rhinoceros and saving it from extinction is the least we can do for this big, beautiful herbivore. 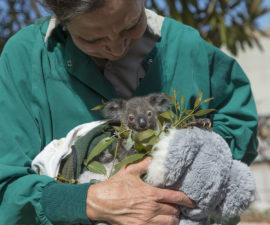 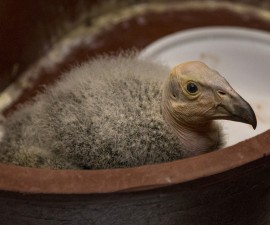