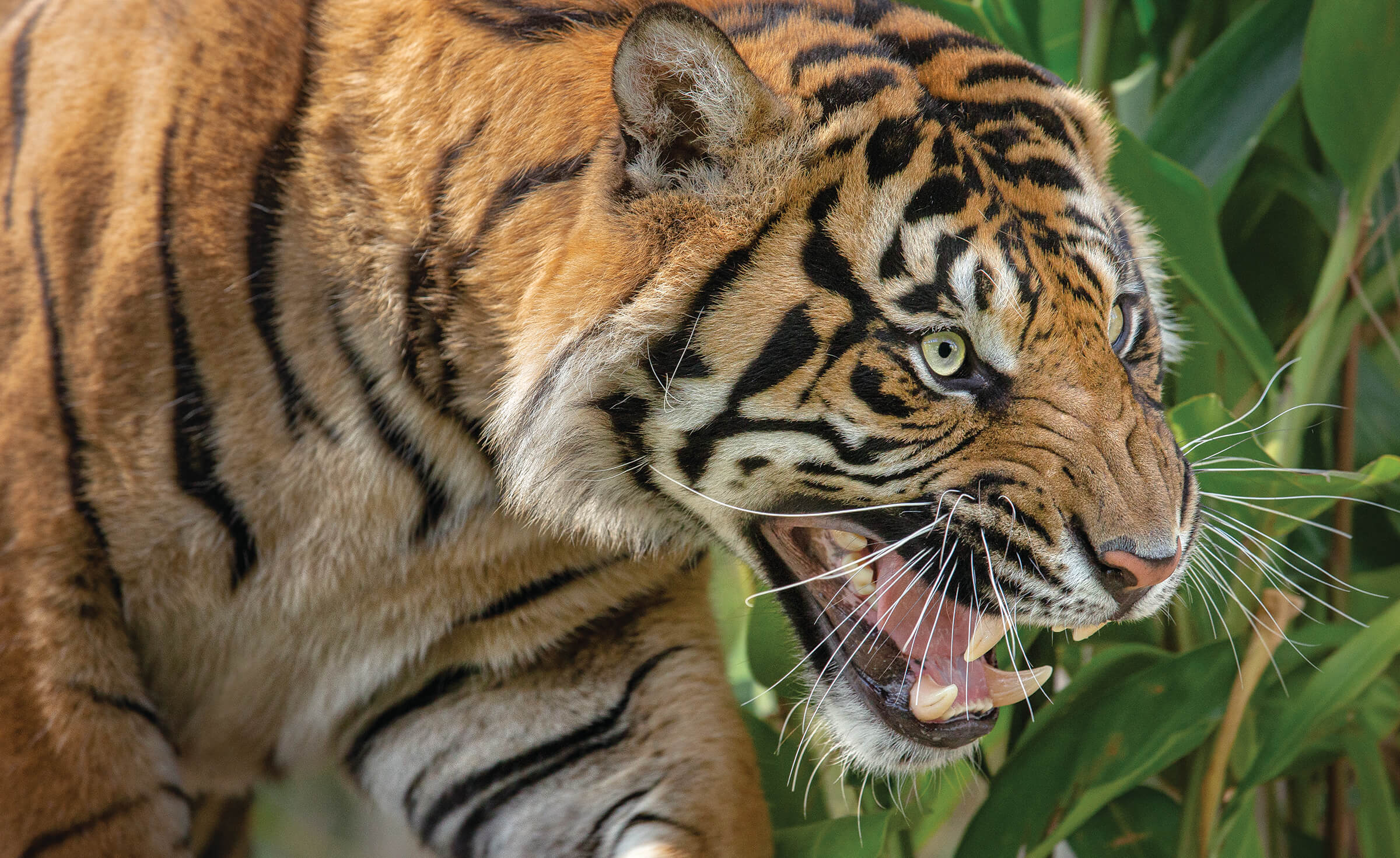 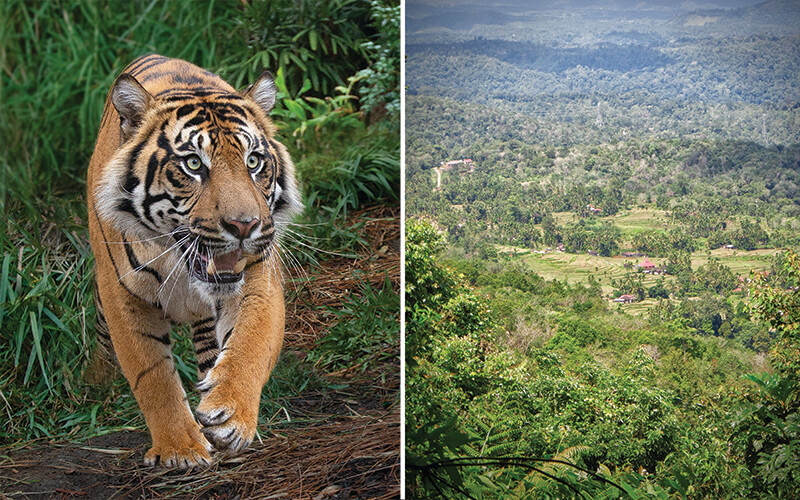 After more than two decades of being classified as Critically Endangered by the International Union for Conservation of Nature (IUCN), populations of Sumatran tigers Panthera tigris sumatrae continue their decline, driven by illegal poaching and retaliatory killing due to conflict with local communities. Meanwhile, rapid forest loss has left tiger habitat fragmented. Industrial-scale agriculture, the main driver of deforestation, has contributed to an estimated loss of 25 percent of tropical primary forests across the island between 2002 and 2019, and with demand for products such as palm oil, coffee, and timber only increasing, this trend is likely to continue. Intervention by conservation organizations is critical to slowing the big cats’ decline. 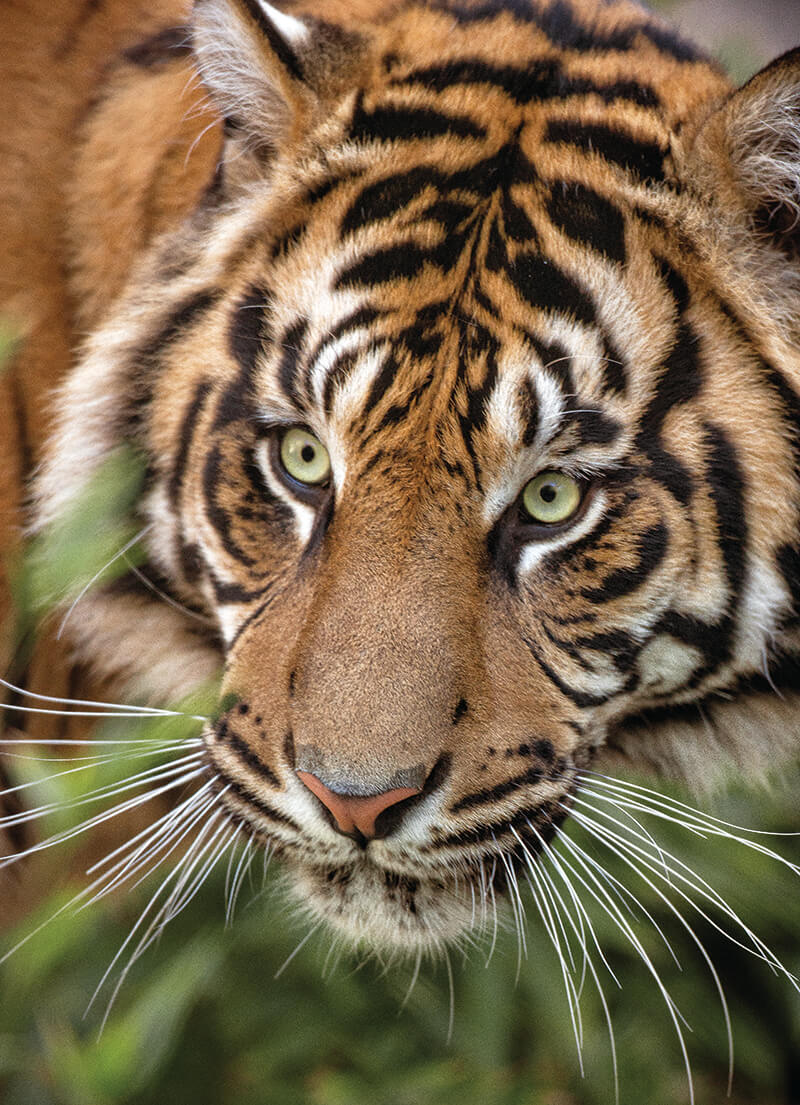 DID YOU KNOW?
The Sumatran tiger is the smallest of the tiger subspecies.

Percentage of Sumatran tropical forest loss in less than 20 years.

Today, the approximately 600 remaining Sumatran tigers are distributed among 23 forest landscapes, only two of which are large enough to support viable tiger population, while 10 are too small to support more than 20 tigers. At the same time, a large portion of protected areas are suboptimal highland habitats, and up to 70 percent of the remaining Sumatran tiger habitat lies outside of the protected area network. This means that a larger number of tigers live in heavily isolated, non-protected, marginal habitats, leading to interaction with humans, including illegal poaching and rampant human-tiger conflict.

After the World Bank launched the Global Tiger Initiative (GTI) in 2007, global resources to protect the last remaining tiger populations have been focused on large, protected tiger conservation landscapes. As a result, tigers living in marginal habitats have received little attention and funding, even though more than half of the Sumatran tigers killed every year are killed outside protected areas. The lack of scientific knowledge about tigers in these human-dominated landscapes hinders the development of management and conservation strategies. 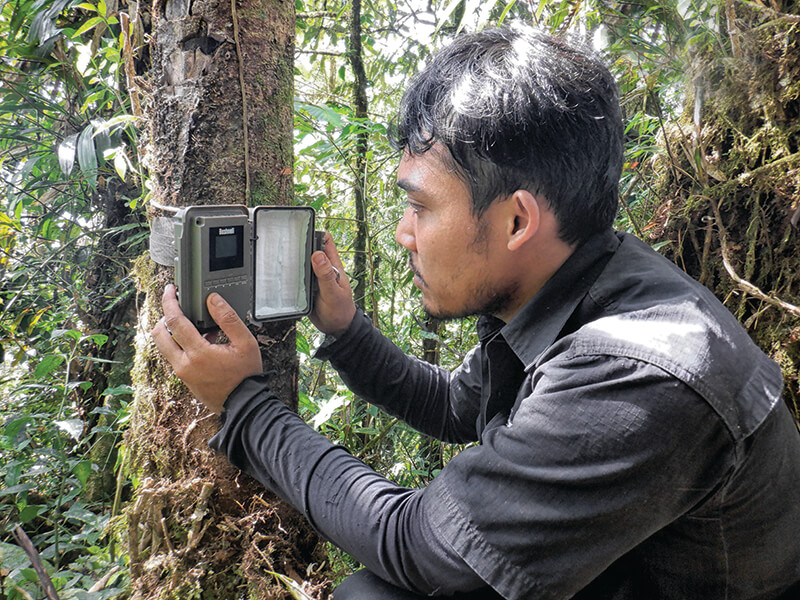 HARD WORK
In West Sumatra, the remaining Sumatran tiger habitat is typically found in rugged terrain at high elevations. In order to survey tigers, we place trail cameras to cover large areas. Our field teams spend weeks climbing through these mountains in order to reach the best locations and to maximize the chances of photographing Sumatran tigers and other endangered species. (Credit:BKSDA West Sumatra/SINTAS/SDZWA)

Since 2017, San Diego Zoo Wildlife Alliance has been working with SINTAS Indonesia to establish the first long-term research and conservation project on Sumatran tiger ecology in marginal habitats, in the province of West Sumatra. In this region, the number of reported human-tiger conflicts has been one of the highest among the eight Sumatran provinces. Over a period of three years, through a series of spoor and field camera surveys, we have compiled a baseline dataset on Sumatran tiger populations and terrestrial biodiversity in these human-dominated landscapes. With this information, both the provincial and central management authorities, now—for the first time ever—have a sound, science-based understanding of the conservation status of the Sumatran tiger and terrestrial biodiversity in remnant forests they manage in the province. 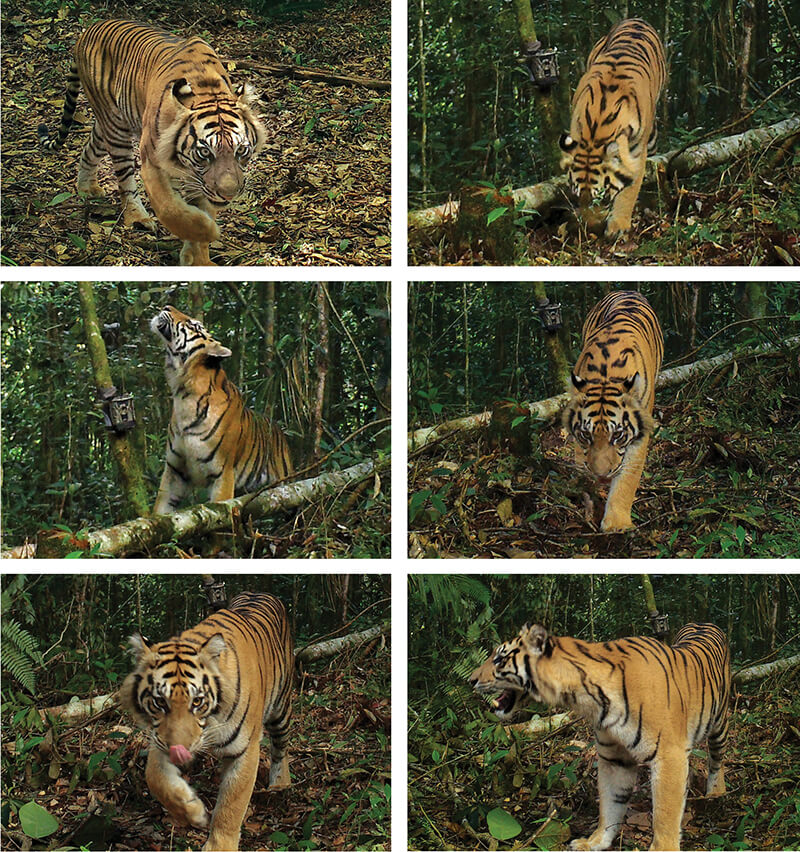 CAUGHT ON CAMERAS
A series of photographs of an adult male Sumatran tiger recorded by one of our trail cameras. The best locations are typically located on ridge lines with tiger signs, such as pugmarks (paw prints), scratches on tree trunks; and signs of principal prey, including Sambar deer, wild boar, and barking deer. (Credit:BKSDA West Sumatra/SINTAS/SDZWA)

Spreading the Word; Turning the Tide

Habitat fragmentation and the depletion of native prey populations by overhunting leads tigers to wander out of the forest and into areas around villages, farms, and plantations in search of food. The loss of livestock, or fear of a tiger attack on humans, in turn, often results in local villagers killing tigers they encounter. In order to reduce this killing, tigers attacking livestock or people are being brought into rescue centers by Indonesian wildlife officials. We recently have carried out an assessment on potential sites in Kerinci Seblat landscape, located next to West Sumatra, where these tigers could be released. This year, we will support the provincial conservation agency in the release of several tigers that will be fitted with a GPS collar to study their movement and habitat use. If successful, this model will augment the number of tigers in well-protected tiger landscapes and greatly reduce the number of tigers that spend the rest of their lives in tiger rescue centers. At the same time, San Diego Zoo Wildlife Alliance and SINTAS Indonesia are also actively working with local villages to find ways to better protect their livestock and to reduce the negative perception many people have of tigers. Through this work, we hope to show that people and tigers can coexist and share the same landscapes. 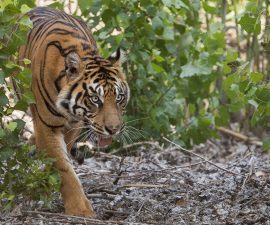 Researchers on an expedition that tracked endangered tigers through Sumatran …
December 7, 2017 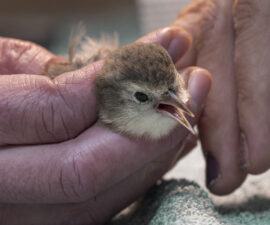