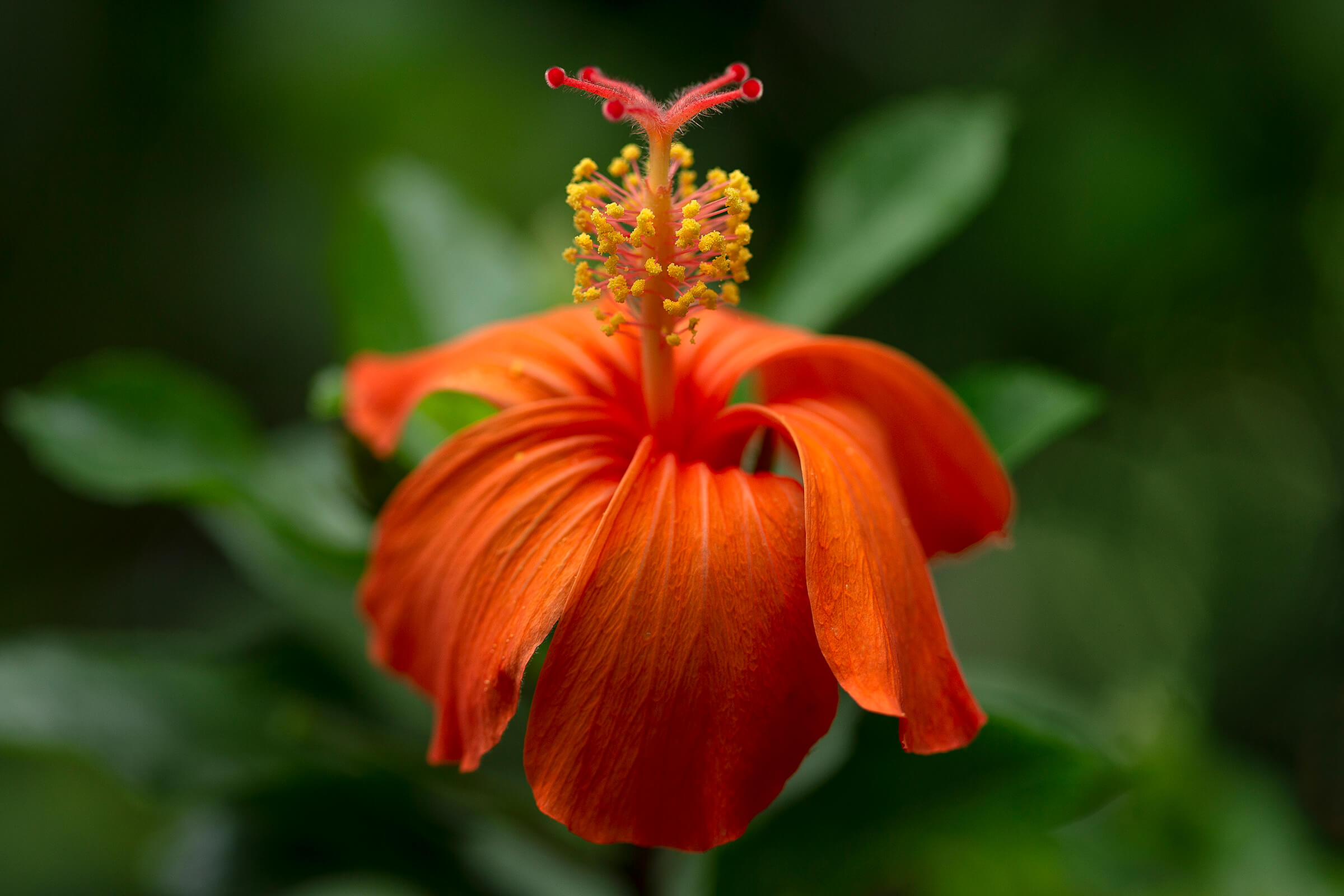 If the picture above makes you think of warm, soft breezes and the faint roar of the sea, you’re not alone

Hibiscus plants are native to warm, temperate, subtropical, and tropical regions. Hawaii, with more than 20 hibiscus species, is the spot most people think of as “home” for hibiscus. There are eight species that are considered the ancestors of what can be purchased from a garden center. They do hail from Hawaii, yes—but also Madagascar, Fiji, Mauritius, China and India. There’s even a hibiscus mystery: the true heritage of one type, Hibiscus rosa-sinensis, remains unknown.

Modern tropical hibiscus hybrids bear large flowers in an astonishing range of forms—from flat to ruffled petals—and colors. They are popular landscape plants in warmer regions, growing as large, lush shrubs to medium-sized trees. In the realm of creating these new eye-catching specimens, “ancestor” plants from Hawaii have had an impact.

A COLORFUL WELCOME
With crisp white petals as a backdrop, the colorful and pollen-laden anthers of H. arnottianus attract plenty of attention from pollinators. As birds, bees, and other insects push past the style to reach nectar held deep in the flower’s base, they brush two parts of the flower’s reproductive system (right): the anthers, bearing clusters of orange pollen, and the fuzzy red stigma at the tip. Any pollen on a visiting animal, if brushed off onto the stigma, is transported down the central tube, called a style, to the flower’s ovaries.

Rooting for the Future

Known in Hawaii as kokio keokeo, H. arnottianus is one native Hawaiian species used in the development of many hybrid varieties found today. A long-lived, hardy plant that is resistant to root rot, it is often used as an understock for grafting hibiscus hybrids. The fragrant flower has narrow white petals, which puts the bright red stamen in the spotlight, attracting pollinators of all kinds. While many hibiscus flowers wilt after only a day, H. arnottianus blooms last for two days. There are three subspecies of this ancestor: two on Oahu and one found only on Molokai. The latter, H. arnottianus immaculatus, looks a little different from its nearest relatives, with a white stamen and pistil and flowers that sometimes age to a pale pink. It is also the rarest of all the subspecies. GROWTH BURST
Hibiscus kokio ula plants generally take form as large shrubs, but they sometimes thrive so well that they become small trees, up to around 20 feet tall.

It’s no surprise that the state flower of Hawaii is a hibiscus—but it’s not a red one, as many people imagine. The sunny yellow H. brackenridgei brackenridgei is the state’s symbol, as well as an endangered species. While you can, with great effort, find this species on almost all the main Hawaiian Islands, it is not common in any one area today. The genetic isolation that comes with being rooted on an island has also yielded distinct looks in the leaves and stems of this species. The extremely rare subspecies found exclusively on Molokai, H. brackenridegi molokalanus, has leaves with serrated edges and bears tiny spines on the branches. However, the state flower subspecies, found on Maui, Lanai, and the Big Island, as well as Molokai, has rounded leaves and spineless branches. VANISHING BEAUTY
Fewer than 10 Kokia drynarioides plants are known to exist in a mere 3 naturally occurring populations. Overgrazing by livestock, habitat disturbances, and invasive weeds have taken their toll on this beautiful, but endangered species.

The red hibiscus most people associate with Hawaii, H. kokio, can show a range of color from red to orange-red. The plant grows as a small tree, and historically, the Hawaiian people used its petals to make dye. For a long time, it was one of the most popular flowers used in making leis, and its constant place in the culture positioned it as a symbol of Hawaii as recently as 1923. Since then, however, H. brackenridgei has been given that title. While still treasured by locals, H. kokio is now rare in nature.

The Hawaiian Islands have undergone dramatic changes as large human populations repurposed the topography. Clearing native plants to accommodate crop plants and livestock, as well as the introduction of non-native animals and plants, edged out many iconic species, including ancestral hibiscus forms. But it’s not a new challenge: Charles Dickens himself observed the situation and tried to draw attention to it. A RARE FIND
H. kokio saintjohnianus is found only on the island of Kaui; there are about 10 populations there, containing several thousand individual plants. The blossoms are sometimes yellow instead of orange.

In an 1886 article titled “Fading Flowers,” published in Volume 38 of All the Year Round (a weekly journal), Dickens laments the struggle of native Hawaiian hibiscus. “But neither the delicate Hibiscus arnottianus, which is the subject of so many songs and legends, and which…used to drape the sides of rocky ravines, nor the red variety with which girls used to adorn their hair, ever had any struggle for existence till the goats came, who have made them both nearly things of the past.”

With a keen eye and careful scouting, you may still find H. kokio in dry and wet forests on Kauai, Oahu, and Maui. For those who like a challenge—and can flower-find within the bounds of law—an extremely rare subspecies exists, H. kokio saintjohnianus, with orange and sometimes yellow flowers, but only in the coastal valleys of northwestern Kauai.

BEYOND HAWAII
Some hybrid hibiscus have partial or even non-Hawaiian ancestry. Look carefully at hybrids and see if you can spot any traits of these ancestors from other tropical locales: (left to right): H. liliflorus from Madagascar; H. scottii, from Yemen; and H. storckii from Fiji.

San Diego Zoo Global is working to end the extinction of plants as well as animals. In addition to eight accredited plant collections, the San Diego Zoo horticulture team is working to preserve some of the Hawaiian ancestor hibiscus species. There are a number of hibiscus growers and hybridizers on the Hawaiian Islands and in other places in the world. But can there ever be enough genetic insurance?

The Zoo is currently nurturing a number of rare and endangered Hawaiian hibiscus. Michael Letzring, senior plant propagator, heads up the effort. “There’s a lot of great work going on in Hawaii for these plants,” he says. “Yet, having some plants safe outside of the islands helps, too, by keeping them isolated and protected from insect and disease infestations.” As guests stroll the Zoo grounds, they can’t help but notice the big, bold hybrid hibiscus that give the surroundings a lush feel, and, in many cases, help feed our animals. Those who look carefully can also discover the more subtle but still exciting and exotic ancestral hibiscus that beautify our urban paradise. 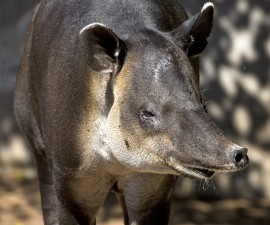