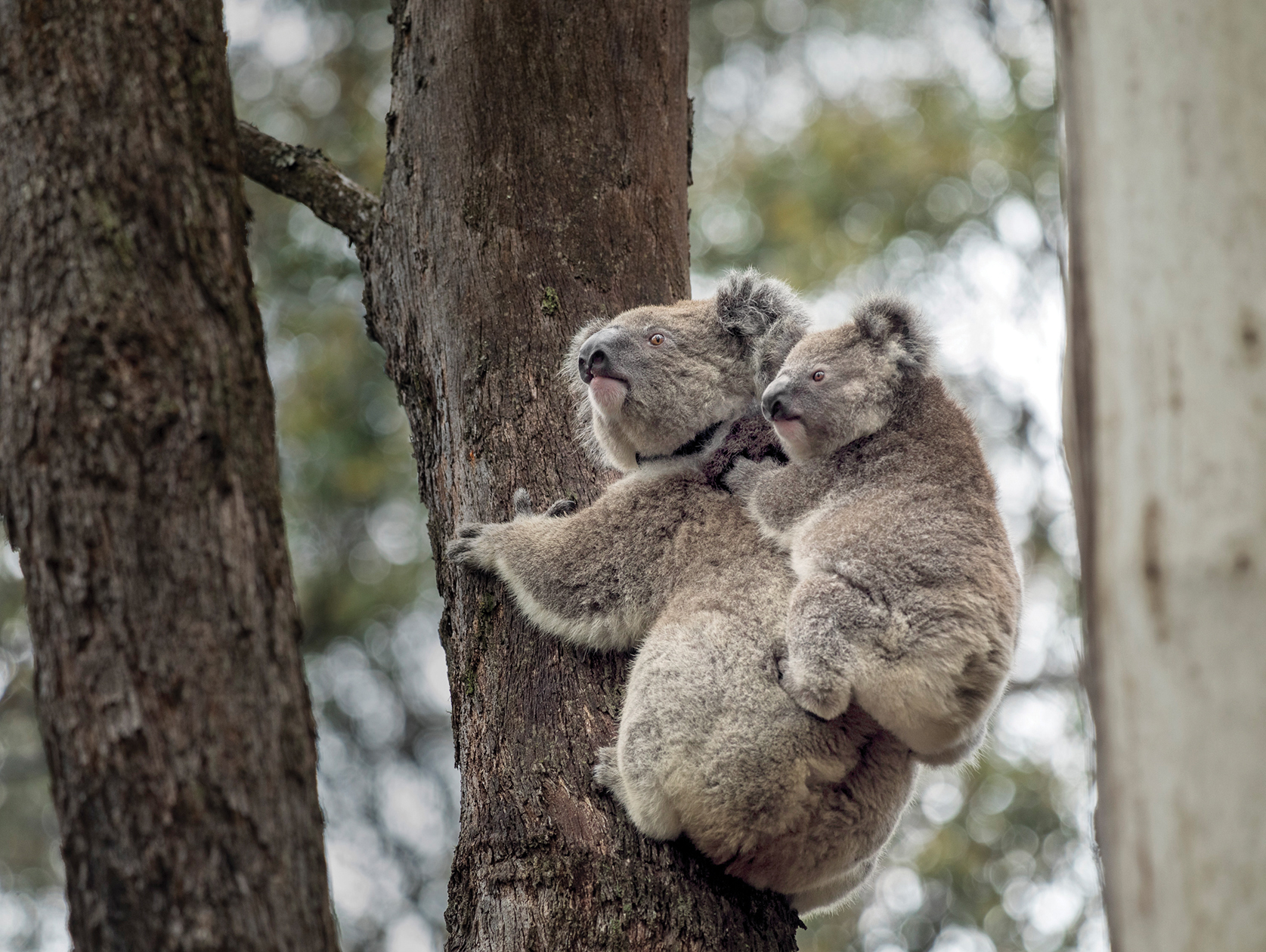 Out of the Ashes

A Refuge of Hope for Koalas

The summer bushfires of 2019–2020—christened the “Black Summer of Fire”—dealt a deadly blow to Australia’s iconic koalas. In the Blue Mountains, west of Sydney, an out-of-control mega-blaze tore through the ancient bush, burning a staggering 80 percent of the World Heritage Area and heavily impacting the koalas there. Once a thriving community of 3 to 4 million, koala numbers are now as low as 300,000—and conservation scientists predict that koalas may be extinct in New South Wales by 2050. Saving each and every koala population is vital to their survival as a species.

The devastating fires seriously affected breakthroughs we were making. Not long before the blazes, we had started to make exciting discoveries, uncovering populations of genetically diverse and chlamydia-free koalas living in the area. Pre-fire, we found koalas where we didn’t expect them, using types of trees we didn’t think they used. Post-fire, we realized how devastating this setback was. We returned to the area, seeking surviving koalas. We’re working hard to find out how many of these rare and nationally significant koalas are left in the Greater Blue Mountains area, to ensure a future for these “rule-breaking” koalas. We are also trying to work out just how many were killed or displaced. The golden question is how many are left, and where are they. If we don’t know where they are, we can’t save them.

The Search Is On

In partnership with San Diego Zoo Wildlife Alliance (SDZWA), which raised approximately $1 million for the cause; NSW Koala Strategy, and Science for Wildlife scaled up their efforts to look for surviving koalas and understand more about the impact of the fires. We conducted an impressive 435 surveys, across 5 study sites. Overall, we found that even 12 months after the fires, koalas were predominantly occupying areas that either didn’t burn, or where the fires were of low intensity. Koalas had not bounced back in areas where the tree canopy was scorched by fire. Our team is using these results to predict where other potentially undiscovered koala populations might also have survived across the Greater Blue Mountains World Heritage Area.

The Greater Blue Mountains area encompasses more than 3,800 square miles (1 million hectares) of sandstone plateaus, escarpments, and gorges, dominated by an outstanding diversity of eucalypt forests. Finding koala populations is no easy task in this vast, rugged landscape. To make matters worse, living up to its reputation as a land of extremes, swaths of Australia have experienced record-breaking rainfall since the fires under La Niña weather conditions, making scat detection—key to koala mapping—even more difficult. It was time to call in a canine friend.

Koala scat-sniffing dogs have been playing an important role in determining what habitats koalas are using. Thanks to their help, along with our dedicated volunteers, we’ve located koala scats at a new study site on the western side of the World Heritage Area. This is exciting news: the whole region was heavily impacted by fire, and it was uncertain if any koalas could have survived. Up until now, there had only been a few anecdotal sighting records in this region. Our team conducted the first systematic surveys for koalas, confirming their presence.

We’re excited to have confirmed the presence of koalas by finding their scat, but so far, we haven’t managed to spot any of them. We’re going to keep monitoring this site and looking in nearby areas. Koala spotting is hard-going, and involves many hours of walking through remote, thick bushland, across gullies and ridge- tops. When we find koalas, we give them a health assessment, then radio-track them so we can document important food trees, home range sizes, mortality rates and causes, breeding rates, and site-specific threats.

A Refuge from Fire

We are expecting bushfires to be more frequent and intense under climate change, which poses new challenges to fire management and the wildlife that make their homes in the bush. We are focusing on the long-term picture, to prevent losing entire populations of koalas and other wildlife to fire in the future. Our research has found that up to 60 percent of koala habitats were impacted, killing or displacing koalas in the high fire intensity areas. This includes important, disease-free koalas that our team had found. We’ve been working to assess the remaining koala populations, their viability, and their potential to recolonize burned areas as vegetation recovers.

Our team is now underway with critical work under the Blue Mountains Koala Project, to look at long-term strategies to provide a future for koalas and other wildlife under threat of climate change. What we are learning is informing the development of fire refugia for the management of koalas and other wildlife under changing fire regimes. Part of our work includes uncovering where koalas have survived and are living in the protected area network and prioritizing them for management.

We learned a lot of lessons from the megafires of 2019–2020, including how underprepared we were. During the fires, unburned asset protection zones around homes and towns were refuges for koalas and other wildlife. They are also likely to be critical areas from which wildlife can recolonize burned areas. Plans are underway to engage with landholders to undertake habitat restoration activities in areas that are likely to support koalas in a changing climate.

The willingness of people to help wildlife after the fires was tremendous, and it remains high today. Raising awareness and engaging communities in conservation is key to our work. We are exploring ways to harness this grassroots action, for the benefit of people and wildlife.

This work is also proving important to other at-risk wildlife. Australia’s many small native wildlife (those that weigh between about 1 and 194 ounces, or 35 and 5,500 grams) include gliders, bandicoots, and possums. These small mammals are easy prey for invasive predators like feral cats and foxes. They are known as “critical weight range” mammals, and a number were already in trouble before the Black Summer bushfires.

With the support of SDZWA, we were able to monitor the food and water stations put out immediately after the bushfires, using 90 remote area cameras. With further assistance from a Commonwealth Government Landcare Led Bushfire Recovery Grant, these cameras have more recently been used to inform the conservation of these other native mammals.

We have found that these native mammals are favoring unburned areas where vegetation is intact, even two years after the bushfires. This points to the role of unburned areas as a refuge during and after fires, and the need to protect these areas. It will be a challenging road to recovery for koalas and other at-risk wildlife and their habitats. We are doing our best to ensure their future under climate change.

Discover more about what your support makes possible for Australia’s unique wildlife through our Australian Forest Conservation Hub. 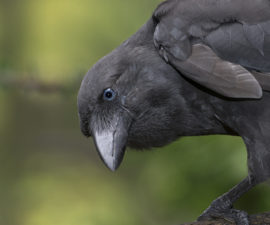