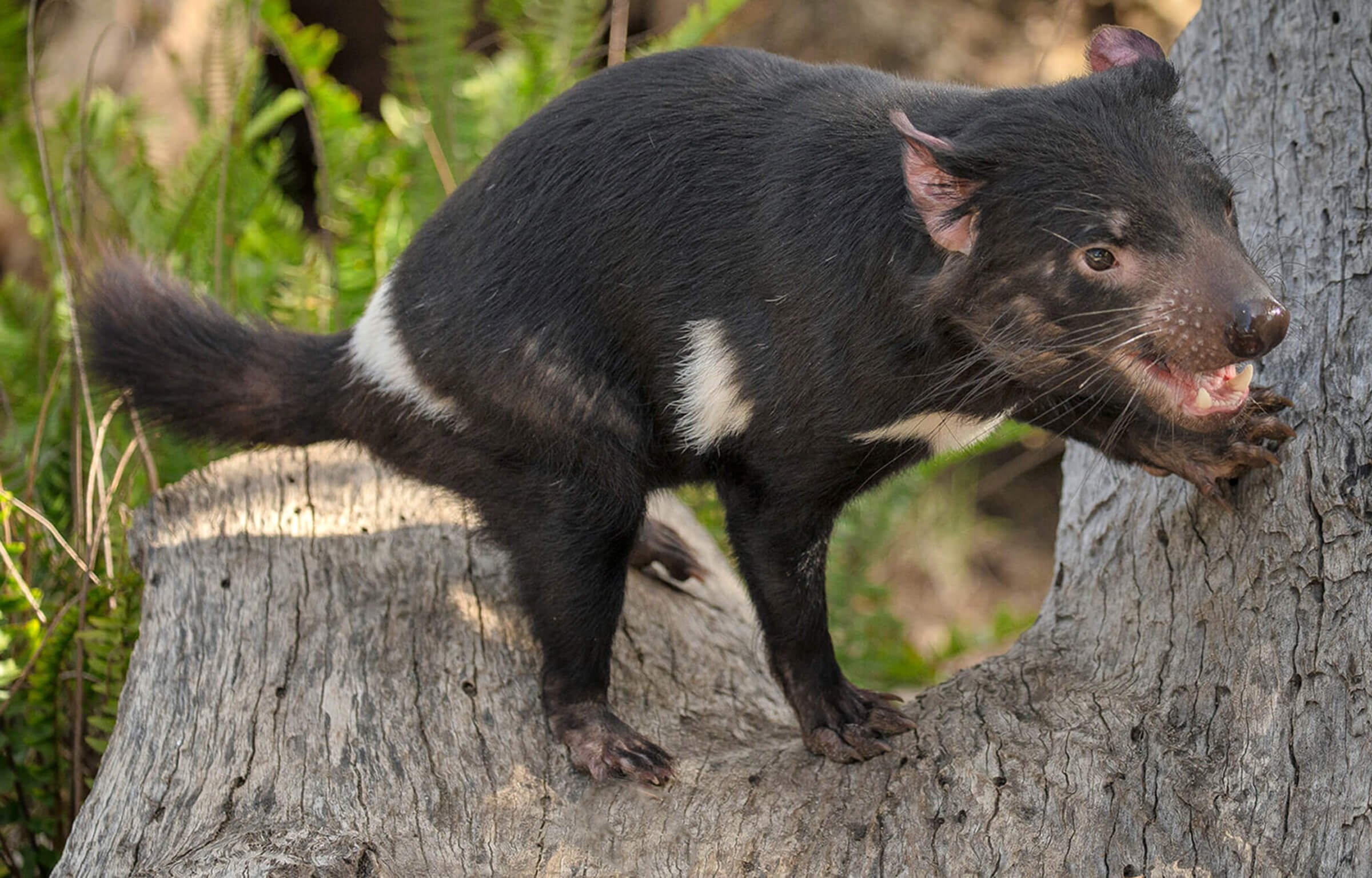 When it comes to sniffing out the strongest-smelling species in the Animal Kingdom, some culprits are as plain as the nose on your face. Skunks, for example, are notoriously noxious when threatened. And they’re something of a sharpshooter: muscles near the scent glands make these black-and-white stink bombs capable of accurately spraying their sulfur-containing chemicals up to 10 feet. And whether aromatic animals and plants use their gifts to warn others away or simply say “I was here,” they certainly get their point across. THE SNIFF TEST
The tamandua’s scent is so potent, it has been rated as four times more pungent than a skunk’s.

Mammals have their fair share of malodorous family members. Along with the aforementioned skunk, the southern tamandua of South America has a self-protection device so potent the disarmingly cute animals are also known as “stinkers of the forest.” How stinky? Their aroma is considered by some to be four times more pungent than that of a skunk. And despite being known more for their fierce vocalizations, Tasmanian devils also let their scent glands do the talking when they feel stressed. Their particular scent has been described as “repulsive.” GO AWAY, OR COME HITHER?
Stinky to most, the musk ox’s smell is also a lady magnet—lady musk ox, that is.

Given the first part of its common name, it should come as no surprise to find the musk ox among our olfactory offenders. Produced from its urine—only during the summer mating season—the musk ox’s super-pungent funk is actually meant to be a kind of cologne for this Arctic bovine. It’s supposed to bring the ladies running—perhaps beauty, in this case, is in the nose of the beholder? LET YOUR TAIL DO THE TALKING—AND THE STINKING
Those long, glorious lemur tails become weapons when coated with scent gland fluid.

Another animal capable of eliciting as many “ewws” as “awws” is the lemur. Scent is so important to the ring-tailed lemur of Madagascar that the males perform elaborate “stink fights” with their tails as they warn each other to “move it, move it” away from females and out of claimed territory. These amorous prosimians coat their long, fluffy tails with fluid from one or both of their scent glands and wave them in the air, daring their competitors to out-stink them. To the smelliest go the spoils! With the nicknames “skunk bear” and “nasty cat,” it’s no wonder wolverines rank highly for rankness. They may also be the sole member of the “he who smelt it, dealt it” club: Along with a sense of smell keen enough to detect prey 20 feet beneath the snow, wolverines spray a foul-smelling liquid on bushes and trees to mark territory. Their scent isn’t enough to put them off their feed, however—a wolverine will also use the same method to claim a meal by dousing food it wants to eat later, so as to make it unpalatable to other animals. FOOD FIGHT
When a turkey vulture feels threatened, it can vomit on its perceived predator. Given that they are scavengers and eat carrion, that is not an idle threat.

The avian world has its share of stinkers. Turkey vultures use their keen sense of smell to find carrion to eat, and they are built for their role as nature’s cleanup crew—as scavengers, they stick their heads into rotting carcasses to feed. Fortunately, their heads are bald, so bits of dead meat don’t stick to them. Given what they consume, it’s not a surprise to find that these birds use their meals as weapons: should a turkey vulture feel threatened, it will vomit on whoever or whatever is bothering it. Truly creative when it comes to bodily fluids, vultures will defecate down their legs to cool off when the summer weather heats up. The South American hoatzin is an odd-looking, Frankenbird of a creature, appearing to be part bird, part dinosaur, and all extraordinary. This bird lands on the smelly list via its digestive system. Hoatzins are the only birds in the world that dine exclusively on leaves, which, compared to seeds and fruit, aren’t very nutritious, and are difficult to digest. So to process this diet, the Hoatzin has evolved a multi-chambered digestive tract with many little mini-stomachs, where the leaves can sit for a while and be digested by friendly bacteria. During digestion, the bacteria release methane that the bird then belches out, producing funky fog that’s earned the hoatzin its nickname: the stinkbird.

Fulmars, relatives to the albatross, are another bird species not afraid to weaponize their stomach contents. Chicks feeling threatened will projectile-vomit chunks, while adults spit their stomach oils at a predator.

STINKING ROYALTY
Also called the “stink snake” or “stinking goddess,” the king ratsnake’s odor has been likened to a mix of musk, urine, and feces.

Even the reptilian world has its aromatic offenders. The king ratsnake, which is native to Asia and can reach six feet in length, is also known as the “stink snake” or “stinking goddess,” thanks to its highly developed post-anal glands that empty when the animal is handled, letting loose with a very strong odor that has been compared to a combination of musk, urine, and feces—the stink trifecta! STAY AWAY—OR ELSE!
Many species of millipedes produce a fluid that’s not only smelly, it’s irritating. Some can even squirt the fluid several inches, should predators not get the message.

In the Air, on and Underground

Found on every continent but Antarctica, bombardier beetles use their stinkiness to stay alive. When threatened, the beetle dispels a noxious liquid from its behind. This chemical attack can be fatal to other insects and drive away small animals, and is hot enough to stain and burn human skin. Millipedes—which are diplopods, but not insects—are not poisonous, but many species have glands that produce smelly, irritating fluids. It’s common for them to release the odor when handled by would-be predators. Some species can even squirt the substance several inches. ROT ON!
Corpse flowers trick pollinators like flesh flies and dung beetles into diving in by smelling like rotting meat.

And in the horticultural world, there is a plant so foul smelling, “corpse” is in its name. The corpse flower, from tropical Asia, marks its blooming season by emitting a strong odor similar to rotting meat, or, fittingly, a decaying corpse. But unlike other smelly specimens, the corpse plant stinks to attract company. The smell, color, and even temperature of corpse flowers are meant to beckon flesh flies, dung beetles, and other carnivorous insects—its primary pollinators. It tricks the pollinators into diving in because they think they smell food. When they fly away, disappointed, they still carry pollen on their legs and feet, ensuring the ongoing pollination of the species.

So whether an animal or plant is sending out a warning, or an invitation, it’s best to pay attention and listen to your nose. It always knows. 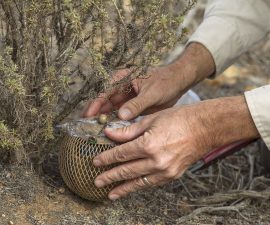 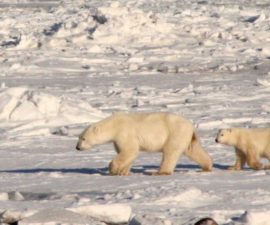