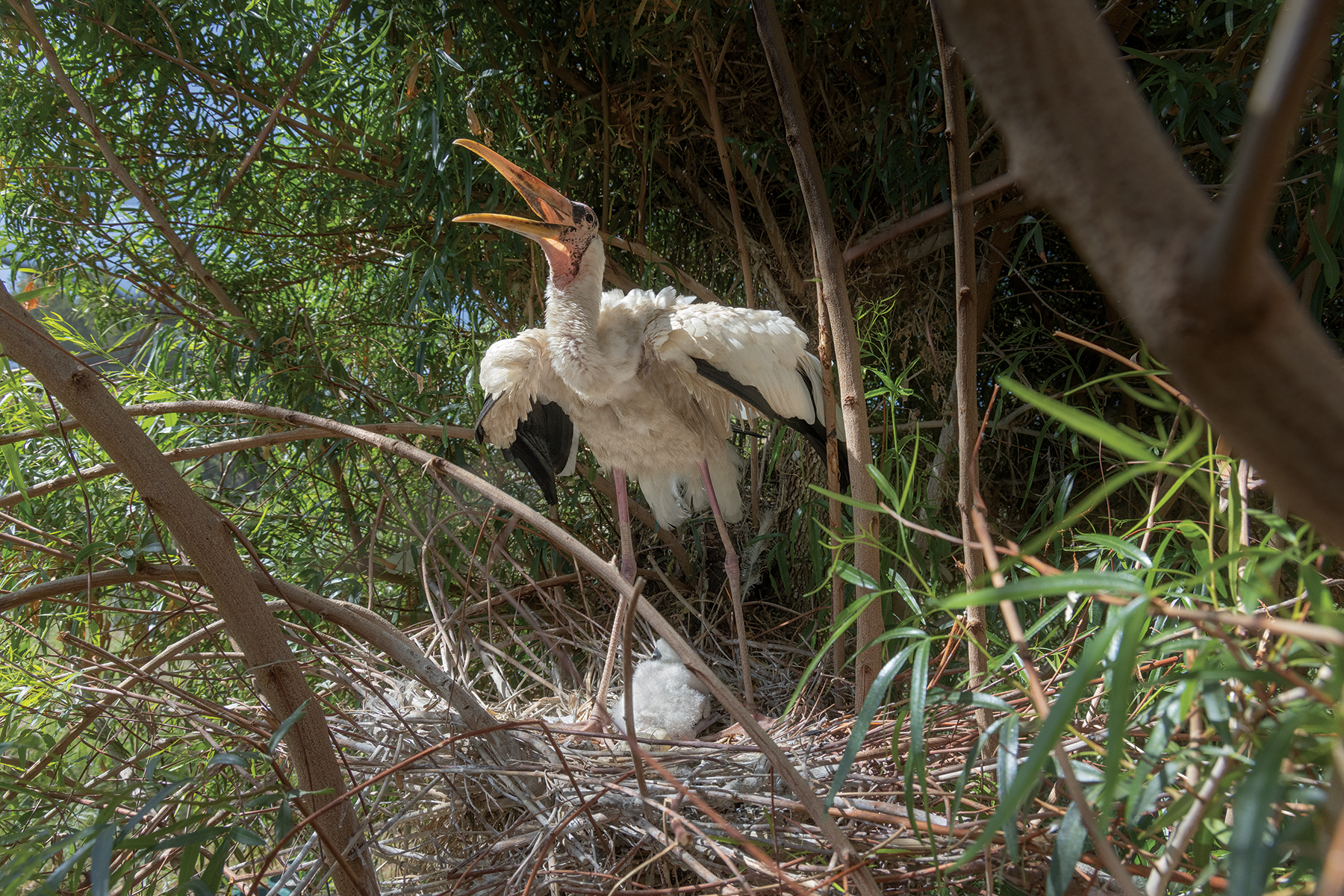 All the Eggs in One Basket

The lush mangroves and flooded forests of Southeast Asia provide the perfect habitat for milky storks Mycteria cinerea. The storks nest and roost high off the ground in tall trees, and they forage in tidal areas, mudflats, estuaries, peat swamps, and river floodplains. But there’s a problem. Southeast Asia is rapidly losing—and has already lost—many of its mangroves, floodplains, peat swamps, and estuaries. With these birds rapidly disappearing in their native range, propagation in managed care may be key in saving this species.

“Just as we in North America have eliminated many of our wetlands, the mangroves that milky storks depend on are being converted for aquaculture, rice cultivation, and industry,” says Jenny Tibbott, a lead wildlife care specialist at the San Diego Zoo Safari Park. That development is squeezing out wilderness areas that are suitable habitat for the storks. The dilemma that these countries and the people who live in these areas face isn’t unique; they are trying to earn a living while, at the same time, protecting their native habitats and wildlife. In some areas, poaching of adult birds, chicks, and eggs is exacerbating the problem. As a result, milky storks are among the most endangered storks in the world.

Last year, in a last-ditch effort to propagate milky storks in protective, managed care, the Association of Zoos and Aquariums (AZA) resolved to bring the entire population together in one place. When the Taxon Advisory Group (TAG) for storks and related birds was looking for the right location, Andrew Stehly, curator of birds at the San Diego Zoo Safari Park, was the first to raise his hand. “We have the expertise, facilities, and resources, along with great weather and a history of successfully propagating endangered birds,” he says. And he welcomed the challenge. “It’s exciting. The more rare the wildlife, the bigger the challenge—and I knew we were capable of saving this species.”

So, the most prized aviary at the Safari Park’s Bird Breeding Center became home to all the milky storks in North America. At 20,000 square feet and 30 feet high, with tall trees, grass, and natural ponds that are home to crayfish, the space encourages the birds to use natural behaviors like foraging live food from the ponds, gathering nesting materials, social displays, mate selection, and pair bonding. Rain is a breeding stimulus, and elevated sprinklers in the habitat provide “rainfall” when our sunny climate doesn’t. “It’s a little ecosystem,” says Jenny. “The birds take cues from the weather, the food availability, and everything in their environment. The abundant resources in this environment signal to them that it’s OK to breed.”

Most importantly, the habitat allows the social birds to live together as they do in their native mangroves. “In birds that are colonial, communal living provides a sense of security, because there is a comfort level that’s provided by the larger group,” says Jenny, who notes that—a lot of times—increased security means increased breeding. There’s another benefit, too. “Communal breeding also triggers hormonal stimulation that affects the entire population,” she says.

Since their arrival, the storks have been exhibiting courtship and pair-bonding behavior, and nesting continually. The colony has fledged four chicks so far—adding four precious new members to this endangered population. Male and female parents share duties at the nest. “Both parents participate in chick rearing, all the way to the end,” says Jenny. While the pair bond is strong until a chick is fledged, it dissolves when the young birds leave the nest. “That’s a good thing, because our population is skewed female,” says Jenny. The hope is that as males change partners, breeding females get a little time off, as producing eggs is a nutrient- and energy-intensive undertaking. It may also help maintain genetic variability.

At some point in the future, says Andrew, “Once we get the flock’s numbers up, we’ll talk to population biologists and look at the genetics.” At that point, the team will determine if they need to manipulate how the birds pair up. But for now, “We just need to produce as many as we can,” he says. “It’s an aging population, so it’s a race against time—but we can’t push them too fast and compromise their health. We are encouraging breeding, but we also make sure that we are maintaining the good health of the flock.”

Andrew is proud of the work his team is doing on grounds to conserve the wildlife of our Asian Rainforest Conservation Hub. The naturalistic habitat we have provided these birds is purely for conservation. “Here, the birds can live and reproduce, undisturbed.” he says. “Although the area isn’t guest-facing, it’s a very important effort that SDZWA is leading.”

“I see us as preserving this species for the future,” says Jenny. “Milky storks don’t have the adaptations for surviving without mangroves, so they are a great example of wildlife that can go extinct if we don’t protect their habitat.” The goal for SDZWA is to create a stable population in managed care, as the wild population continues to decrease. Our own California condor is a good example of a species that was saved by propagation in managed care, and then reintroduced into their native range. There could be a need for similar reintroduction efforts for milky storks in the future. “We can provide a safe place for this species to reproduce and thrive while their native habitat is recovered and protected,” says Jenny. 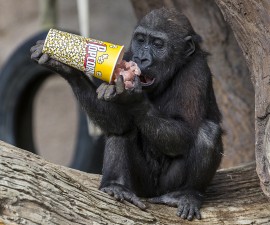 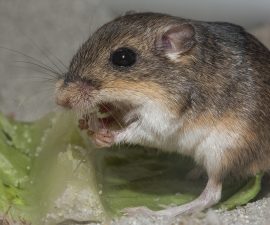