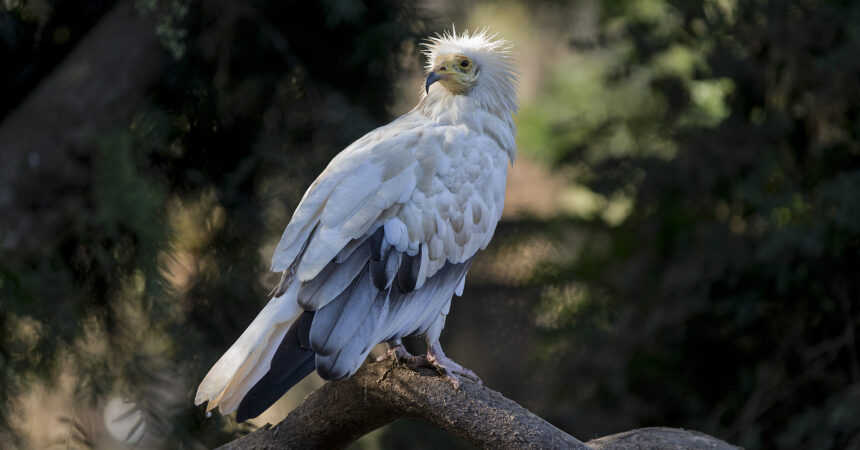 In June 2021, San Diego Zoo Wildlife Alliance hatched the first Egyptian vulture Neophron percnopterus in its 105-year history. With that success comes great responsibility to continue propagation of the only breeding pair of these endangered vultures in the US.

The chick’s parents have been paired for three years, at the San Diego Zoo Safari Park’s Bird Breeding Center. After laying multiple infertile eggs over that period, the female finally laid a fertile egg that led to a successfully hatched chick. (Due to the pair’s inexperience and the importance of the chick, our condor conservation team puppet-reared the chick. See Erin Massey’s blog post, Oh, Baby!)

Although the Egyptian vulture female had previously been paired with a mate for many years in our African Woods habitat, nothing ever came of their partnership. With this male also being inexperienced, both birds had a lot to learn to eventually become successful parents.

A lot of creativity, trial and error, and various steps led to their success. A key decision was to house the Egyptian vulture pair next to a breeding pair of palm-nut vultures Gypohierax angolensis that successfully have parent reared multiple young over many breeding seasons.

Like breeding programs at other facilities, and the condor breeding program here at the Safari Park, habitats are strategically designed so that breeding pairs have visual access to one another. This proves not only to strengthen the pairs’ bond and provide them with breeding stimulus, but also redirects potential aggression that may arise during breeding season. The opposite has been seen in pairs that are isolated. With California condors, we have observed that visual access to other breeding pairs encourages the development of reproductive behavior. And in facilities with multiple habitats next to each other, birds tend to start reproducing at a younger age, because they are exposed to adult breeding behaviors and want to simulate them.

This approach helped our inexperienced Egyptian vulture pair strengthen their bond and start a successful breeding future together. As they become a more solid and reliable pair, we hope to one day be able to let this pair raise their own chicks.

Once the puppet-reared chick fledges, she will also live near the breeding palm-nut and Egyptian vulture pairs. She will have space to exercise her wings and practice flying, and she’ll have visual access to other breeding vultures, including her parents. Our hope is that when this bird is old enough to be paired, she will be able to execute those important breeding behaviors with her own mate, and we will have a second successful breeding pair of Egyptian vultures at the Bird Breeding Center. 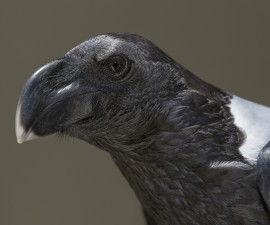 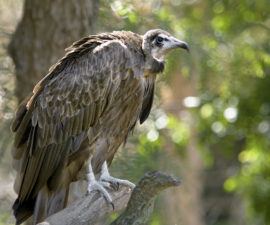