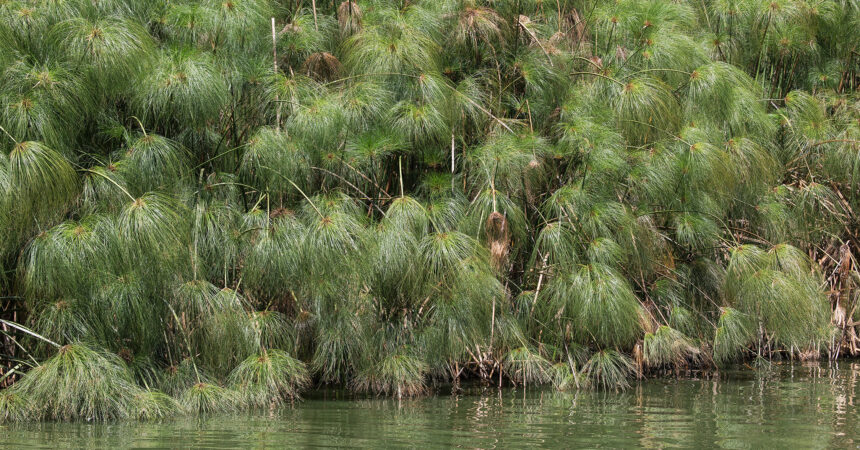 Thousands of years ago, people used the papyrus plant Cyperus papyrus to create what turned out to be a game-changing medium for communication. Yet there’s more to the papyrus story than simply pages.

Papyrus is also known as bulrush, but that’s a misnomer. A catchy botanical rhyme reveals the truth: “Sedges have edges, rushes are round, and grasses are hollow straight up from the ground.” The triangular stalks of papyrus peg it as a type of sedge.

Growing in dense clumps in swamps, marshes, and along the edges of lakes, C. papyrus is found throughout Africa—and at the San Diego Zoo Safari Park. The stately stalks, or culms, may reach nearly 20 feet tall. They sprout new stalks from a central, submerged root structure called a rhizome.

More than 100 thin, grass-like spokes form the umbel, or flower cluster, at the tip of a single stalk of papyrus. The bracts, or specialized leaves, fan out, creating a large surface area that collects the sun’s energy.

In summer, the spikes are decked with brown, petal-less flowers, each looking more like a husk. Pollinated by the wind, the blossoms eventually morph into nut-like fruits that drop into the water and drift to a new location, sink, and sprout.

A lush copse of C. papyrus is a mini ecosystem. Dead, decaying plant matter at the base of the thicket feeds aquatic invertebrates. In turn, they attract hungry fish, which have predators of their own, like this white egret.

Long ago, Mediterranean civilizations ate the starchy papyrus rhizomes and used them in medicines and perfumes. They harvested papyrus stalks to craft everything from furniture to sandals to rope and even boats. And, of course, they used papyrus to create what we call paper (derived from the word papyrus itself!).

Prolific and fast growing by nature, C. papyrus hasn’t always been able to overcome the pace of human development. Today, it is virtually absent in the Nile River marshes where it once flourished and benefited civilization. 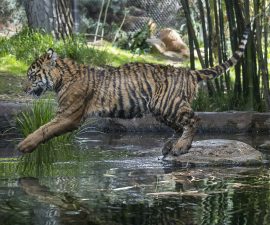 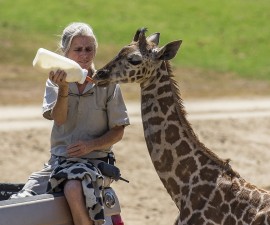