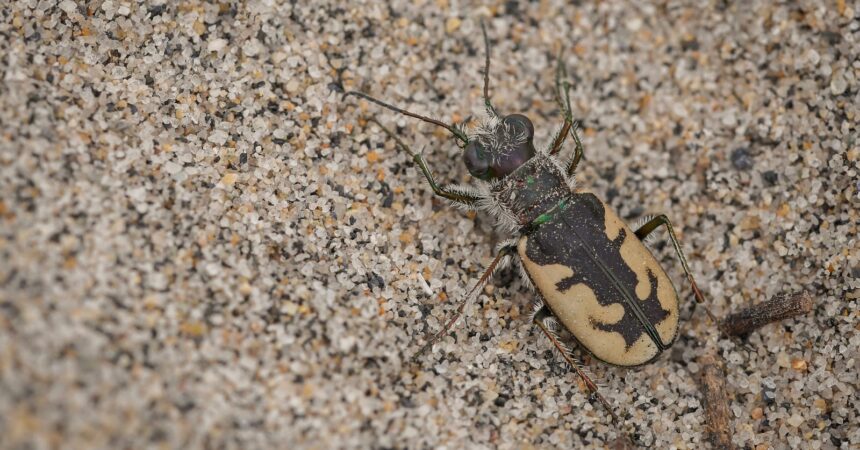 Those who frequent beaches know that with the gorgeous view comes washed-up kelp and insects that skitter across the sand as you approach. While it’s normal to simply call them flies and move on (as I’ve been guilty of doing), sometimes getting a closer look is unexpectedly rewarding.

Tiger beetles (subfamily Cicindelinae) are easily overlooked due to their small size and flighty nature, but they are some of the most interesting beetles out there. Considered one of the fastest insects on Earth, they typically have enlarged eyes, long legs, and oversized mandibles. These critters are voracious predators, and their unique body structure aids in prey capture. For many Cicindelinae, their most notable feature is their bright coloration and complex patterns, complete with rainbow iridescence. While most are tropical, many can be found across North America in sand dune habitats and around bodies of water.

The first tiger beetle I had the pleasure of meeting was while working with the Recovery Ecology team at the San Diego Zoo Institute for Conservation Research, studying California Least Terns (CLTE) and Western Snowy Plovers (WSPL). While surveying for nests, a movement caught my eye and I looked down to find a strange little beetle scurrying across the mud. I set out with my camera, and after no small effort (i.e. army-crawling across the sand to avoid spooking the lightning-quick beetle), I finally got a photo. From there, I reached out to some tiger beetle experts for identification, and was shocked to learn that this particular species, Cicindela latesignata (Western Beach Tiger Beetle), is considered one of the rarest tiger beetles in the country.

C. latesignata ranges along the west coast from Los Angeles County to Baja California, Mexico. The species is broken into three subspecies: C. l. latesignata, C.l. obliviosa, and C. l. parkeri, each inhabiting different areas of the species’ range. Unfortunately, Brian Chambers and his colleagues have found that human activities and subsequent habitat degradation have caused the tiger beetle population to decline drastically, even causing local extinction in some areas1. Not only can urbanization threaten coastal habitats in general, recreational activities can destroy larval burrows and make beaches unsuitable for their survival.

While C. latesignata is considered “critically imperiled” by The Nature Conservancy, it isn’t officially listed by the U.S. Fish and Wildlife Service. Even so, it gains adventitious protection thanks to management efforts geared towards other species. Some of the remaining tiger beetle habitat is found where CLTE and WSPL nest. Fenced areas of designated CLTE habitat have been found to act as a sanctuary for C. latesignata to avoid nearby pedestrian-heavy areas1. In addition, the last population of C. l. obliviosa may exist solely on military lands, where government restrictions allow the beaches to remain more protected and nearly pristine.

As an indicator species, tiger beetles can reveal much about habitat quality and biodiversity. Listening to what C. latesignata populations are telling us about Southern California beach and dune habitats may help us restore these areas to their historic glory.

Elena Oey is a Research Assistant with the San Diego Zoo Global Terns and Plovers team . 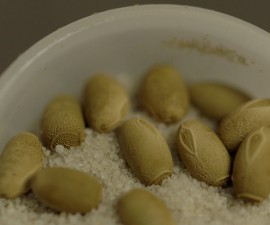 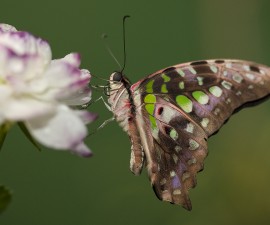