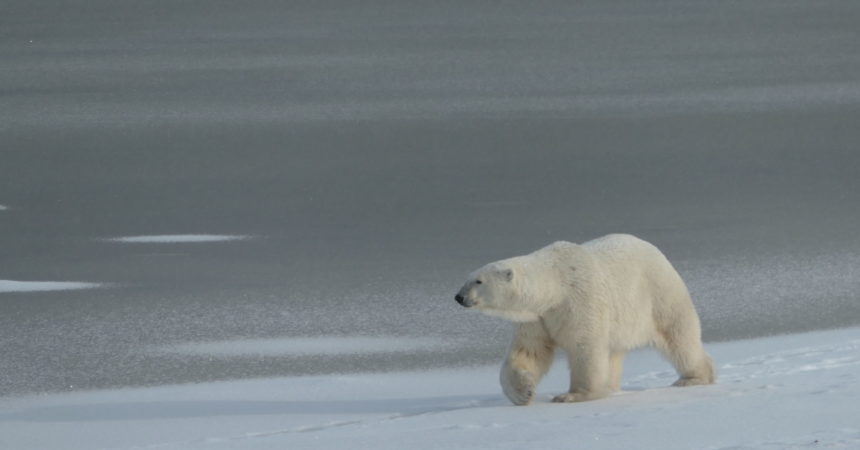 San Diego Zoo Global researchers studying the effects of climate change on polar bears are using innovative technologies to understand why polar bears in the Southern Beaufort Sea are showing divergent movement patterns in the summer. In recent decades, about a quarter of this population of bears have chosen to come on land instead of staying on the shrinking summer sea ice platform. Historically, the polar bears in this region remained on the ice year-round. The decision of each individual bear to stay on the ice or to move to land appears to be linked to the energetic cost or benefit of either option, and the potential of having to swim to reach land.

“We found that bears who moved to land expended more energy on average during the summer than bears that remained on the receding sea ice,” said Anthony Pagano, Ph.D., a postdoctoral research fellow co-mentored between San Diego Zoo Global, the U.S. Geological Survey and Polar Bears International. “And in the late summer, as the ice became even more restricted, a greater percentage of energy was expended by bears swimming to land. This means the immediate cost of moving to land exceeded the cost of remaining on the receding summer pack ice—even though bears are having to move greater distances to follow the retreating sea ice than they would have historically.”

However, prior research has shown that bears on land in this region have access to whale carcasses in the summer, while bears on the sea ice appear to be fasting. Researchers are concerned that the decision by each individual bear to stay on the ice is creating an ecological trap that may be contributing to population decreases that have already been documented in this population.

The Southern Beaufort Sea subpopulation of polar bears has experienced increased sea ice retreat in recent decades. A basic understanding of polar bear energetics that can be applied to this research has come from studies that include polar bears at the San Diego Zoo and at the Oregon Zoo.

“The polar bear conservation program at the San Diego Zoo has supported research such as this by engaging in studies to measure the energetic costs of polar bear metabolism,” said Megan Owen, Ph.D., director of Population Sustainability, San Diego Zoo Global. “These studies have enhanced the capacity of field researchers to interpret data collected on free-ranging bears, providing a better understanding of what it costs a polar bear to move about their rapidly changing habitat.”

“The research underscores the importance of taking action to reduce the greenhouse gas emissions that are causing sea ice to melt,” said Steven Amstrup, Ph.D., chief scientist at Polar Bears International. “It’s yet another piece in the climate puzzle, showing the impacts of global climate warming on polar bears and how the bears are responding to sea ice retreat.” 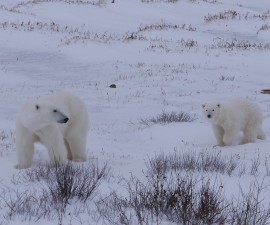 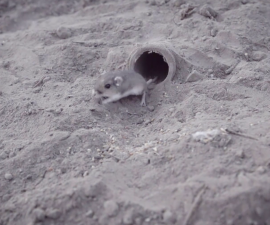