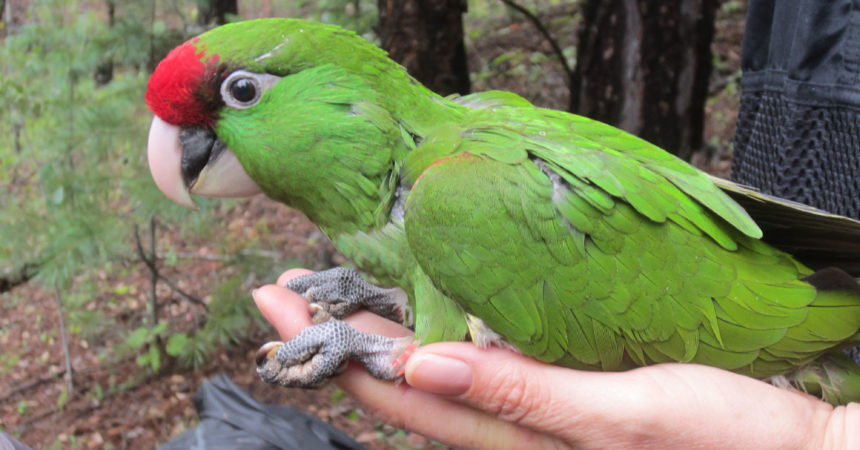 Conservationists recently traveled to one of the few remaining old-growth forests in Mexico to begin an effort to track one of the last remaining parrot species in North America, the thick-billed parrot. The binational coalition of researchers—representing the Arizona Game and Fish Department (AZGFD); Mexico’s National Commission of Natural Protected Areas (CONANP); Organización Vida Silvestre A.C. (OVIS), a Mexican conservation NGO; and San Diego Zoo Global (SDZG)—fitted 10 parrots with miniaturized tracking devices and released them. The goal is to learn more about the movements of these birds, to inform conservation efforts to save this endangered species.

Thick-billed parrots once ranged from the mountains of Mexico into the United States. After the extinction of the Carolina parakeet, the thick-billed parrot became the only endemic parrot species native to this part of North America. Once found in Arizona and New Mexico, the species’ population has been greatly reduced—by unregulated shooting in the past, and by habitat loss today. Classified as Endangered on the International Union for Conservation of Nature (IUCN) Red list of Threatened Species, this colorful and gregarious bird is now only found in the old-growth forests of the Sierra Madre ranges of Mexico. Knowing that these forests are likely to be affected by climate change, researchers need to find out more about the species’ movements and use of the forests.

“Thick-billed parrots are long-lived and highly social birds that migrate seasonally from their primary breeding (summering) grounds in the Mexican state of Chihuahua to wintering areas farther south, possibly traveling many hundreds of kilometers between these sites,“ said James Sheppard, Ph.D., a recovery ecology scientist at San Diego Zoo Global. “Unfortunately, the exact locations of their winter habitats are largely unknown. Efforts to conserve and restore thick-billed parrot populations will be stymied without better understanding of parrot migratory patterns, resource selection and habitat use.”

The group placed lightweight location transmitters on parrots—including chicks raised in artificial nest boxes that were placed in the forest by the OVIS team, as well as some adults. The transmitters, which have been tested on individual birds living at the San Diego Zoo Safari Park, are lightweight and should not affect the flight or movement of the youngsters as they leave the nest, researchers said. Funding for the transmitters was raised through the efforts of the San Diego Zoo Global Wildlife Conservancy.

The thick-billed parrot is a species that until the 1930s graced the skies above the mountains of southern Arizona, and AZGFD has a particular interest in ensuring the conservation of this species where it still has a foothold. This study will begin to unravel the mystery of where these birds migrate for the winter, as well as providing a better understanding how different flocks move up and down the Sierra Madre ranges. This valuable information will allow partners in Mexico to target conservation efforts at newly discovered habitats, which may prove critical to the species’ survival.

“In coming months, we hope to get a detailed picture of thick-billed parrot spatial ecology and habitat use,” said Allison Alberts, Ph.D., Chief Conservation and Research Officer, San Diego Zoo Global. “San Diego Zoo Global is committed to saving the thick-billed parrot, and other species around the world—and in the Recovery Ecology division of the San Diego Zoo Institute for Conservation Research, we use ecological research to address pressing survival challenges like those facing this species. Our conservation toolbox includes developing and testing conservation breeding techniques, reintroduction and translocation strategies, and monitoring and management in species recovery programs.” 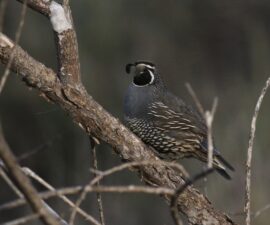 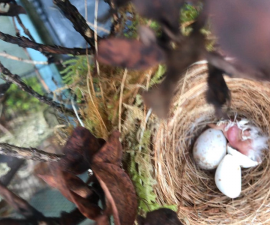