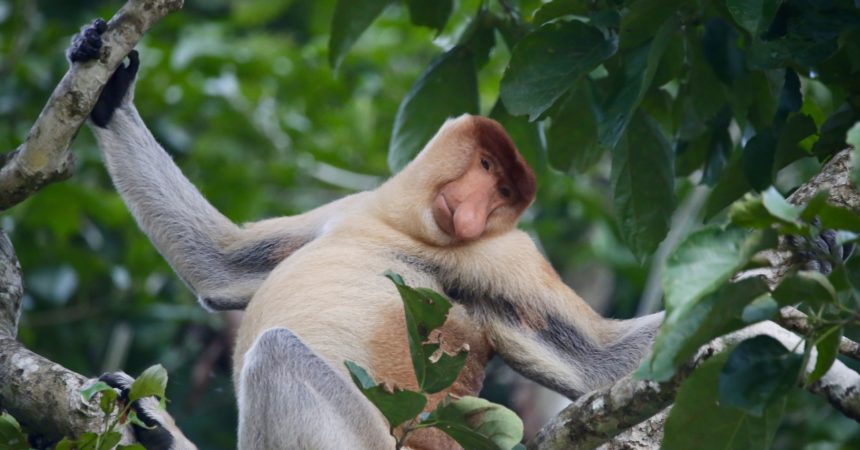 While it’s usually in plain sight, there are countless hidden talents of the elegant and versatile nose. Little, large, or long an animal’s nose does the lion’s share of chores: it intercepts dust, dirt, bacteria, viruses, tiny bugs, and countless other contaminants that could threaten a creature’s survival. Breathing through the nose helps humidify air and brings it closer to an acceptable body temperature. A mighty inhale draws air into the nose’s numerous nerve cells that detect odors. For humans, the scent of rain in the distance, brewing coffee, or freshly mowed grass may be indescribably glorious, but our sense of smell also helps us survive. Detecting (and avoiding) smoke, spoiled food, or toxic gases can be helpful in living to smell another day! A good, clear schnozzle also plays a key role in tasting flavors and helping our voice resonate (or grate).

Other animals sport an incredible diversity of sensible and talented snouts. One of longest, strongest, and most dexterous is that of an elephant’s trunk. It can pull down a tree or pick up a leaf with this appendage…and this flexible tool is used to communicate with others. Sometimes noses are mere nicks in the facial armor, like in some snakes, while others are flat and flamboyant, used expressly to root for food, as in some pigs (truffles anyone?). Whether it’s twitching, dripping, or sniffling, a good nose knows how to get the job done. Here’s some nifty noses in nature to appreciate.

My Hero! The African giant pouched rat is no ordinary rodent. Agile and intelligent, this animal is about the size of a small domestic cat and easily tamed. These lightweight animals have been trained to detect landmines and buried explosives left over from wars, without setting them off. Other giant pouched rats have been trained to detect one of the world’s deadliest infectious diseases, tuberculosis (TB), in hospital samples, saving even more lives! And that’s why this animal—and its lifesaving nose—has earned the nickname hero rat.

Primate Packs Potent Proboscis. Female proboscis monkeys apparently love a guy that makes a fleshy facial fashion statement. Scientists think the pendulous, outsized feature serves as an echo chamber, which amplifies the male monkey’s call to intimidate rivals and impress females. Inhabiting forests of Borneo, near rivers, mangroves, and swamps, the proboscis monkey is also one of the most prolific swimmers among nonhuman primates. Unfortunately, their habitat is being gobbled up by human activities. Let’s hope this unusual monkey has a nose for survival.

Skin in the Game Most people know the chameleon’s claim to fame is altering its skin color to effectively camouflage itself. And those crazy eyes that can move independent of each other. There are over 160 different chameleon species ranging in size from one inch long to the Oustalet’s chameleon, endemic to Madagascar, reaching two feet in length. Female Oustalet’s are typically a bit smaller than males, but are more brightly colored. Sometimes, chameleons may appear to have flour daubed on their face around the nostrils. But it’s from a gland around their nose used to excrete excess salt, as they do not sweat like we do.

Just Breathe. For the herd-living, pint-sized antelope called the saiga (pronounced SIGH-guh), which gallops through the often cold, dry Eurasian steppes, a large schnozzle is lifesaving! Its complex nasal real estate, which drapes over its mouth, helps to warm up and moisten the air and filter out dust kicked up by its herd mates before it enters its lungs. Scientists suggest that the saiga’s micro-trunk also amplifies nasal roars used to advertise body size and condition and helps woo females.

Ready for this Bill? Exceptional and eccentric inside and out, it’s no surprise that the nose of the duck-billed platypus would be remarkable as well. It is one of only two species of egg-laying mammals (called monotremes), and males have venomous spurs on the rear legs, another rarity among mammals. But that broad, rubbery, “duck-billed” food-finding apparatus is laden with “pushrods” that respond to pressure, touch, soundwaves, and motion. This helps the nocturnal animal navigate the murky depths of its freshwater habitat, as well as identify its prey of shellfish and insects. Its bill has about 40,000 electroreceptors that find the direction and distance of prey by detecting electrical impulses generated by living creatures, so the platypus can hone in on its next meal.


Dandy Dhole This handsome, reddish-colored dog with white accents is also called the Asian wild dog. Living in packs of 5 to 12 dogs, it inhabits forests and grassland steppe regions of Thailand, Russia, China, and India. Like most canids, they are highly social; the whole pack helps raise the pups. As carnivores, they rely on their keen sense of smell to find small to medium-sized deer and wild boar. That dark, wet nose is better to smell prey with!

Giant Ant Sniffer When your nose is longer than Pinocchio’s and you walk on your fists in search of anthills and termite mounds, you simply must be a very cool animal. So it is for the giant anteater of Central and South America. Though plentiful when found, sniffing out ants is no easy task, so the anteater’s sense of smell is about 40 times as powerful as ours. Its elongated head, snozzle, and long sticky tongue are perfectly designed to quickly gobble up ants or termites and move along. Giant anteaters also have one of the lowest body temperatures of any mammal, coasting along at 91 degrees Fahrenheit (32.7 degrees Celsius) due to their crunchy, low-calorie insect diet.

Karyl Carmignani is a staff writer for San Diego Zoo Global. Read her previous story, The Widespread Work of a Conservation Warrior.