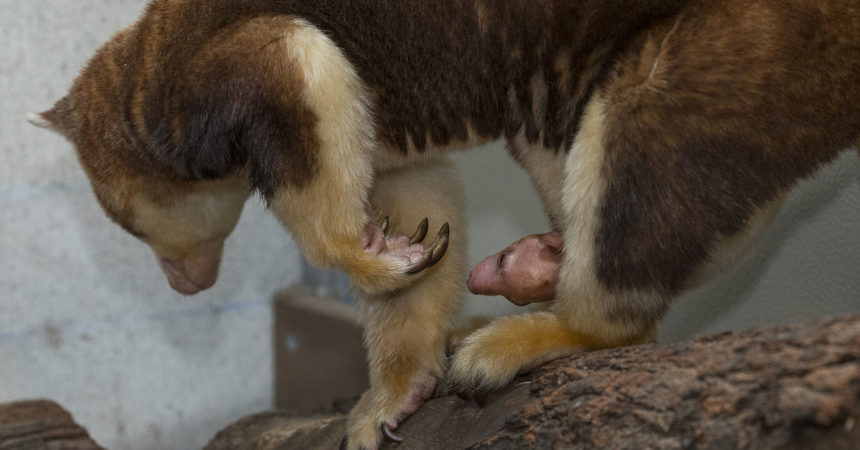 “Polly is an excellent mother, consistently grooming her little one,” Barney added. “We are really looking forward to the joey fully emerging soon.”

Matschie’s tree kangaroos are about the size of a jelly bean at birth, after an estimated 45-day gestation. Once born, the joey crawls into its mother’s pouch, where it attaches to a nipple and begins to develop as it gains nourishment. Polly began allowing keepers, working with positive reinforcement training, to look inside her pouch to check on the joey early in the pregnancy.

The tiny marsupial has more than doubled in size since birth. The joey is still developing, but its eyes are wide open and it is considerably more active—and movement is often seen from outside the pouch. Frequently, its face, its tail or a foot can be seen protruding from Polly’s pouch. By 7 months of age, the joey’s head should be fully visible.

During a visit, guests also may come nose-to-nose with animals like an echidna, blue-tongued skink or sugar glider. Accompanied by their keepers, these extraordinary animal ambassadors are available for up-close encounters several times throughout the day.

Guests visiting Walkabout Australia may get a glimpse of Polly and her precious joey in their habitat, adjacent to Zuest Station. Walkabout Australia is included with Safari Park admission and membership. To learn more about the Matschie’s tree kangaroo and how you can help save this species from the brink of extinction, visit endextinction.org. 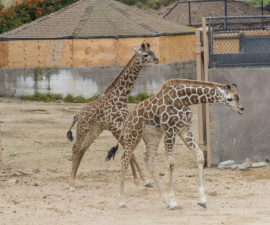