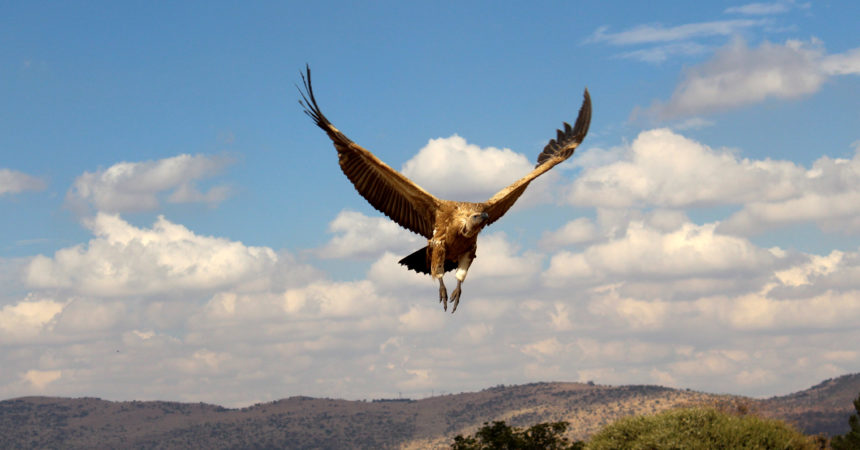 The first Saturday of September is International Vulture Awareness Day—how aware are you? To help you get your feathers fluffed and ready, here are some fun facts about our featured creatures.

There are some very creative terms for a group of vultures. When flying, it’s called a kettle, a feeding group is called a wake. And if they’re just roosting in the same spot, folks call them a committee, volt, or venue.

A vulture’s vision is eight times better than ours. It can spot a three-foot-long carcass on the ground from four miles away. Soaring vultures don’t necessarily indicate a dead or dying animal on the ground below them; it’s just that from that height they have a better view of a wide area.

Highest recorded altitude of any bird? The Ruppell’s vulture—37,000 feet!

Vultures have the strongest gastric acid in the Animal Kingdom. With a pH of just over 0, it’s stronger than battery acid AND 100 times stronger than ours (pH 2). The powerful “gizzard gravy” kills any anthrax, botulism, and other bacteria the birds swallow feeding from carcasses.

Vultures are best known for eating rotting flesh, but bones make up 70 to 90 percent of some vulture diets. The same strong stomach acids that destroys deadly bacteria also dissolve the bones, yielding nutrients.

That super-power stomach acid has other uses, too. New World vultures often urinate/defecate down their legs (called urohydrosis). The liquid helps cool the bird through evaporation, but it’s also thought that the highly acid urine kills bacteria and parasites that get on the legs while the birds step in carcasses to feed.

Not all vultures eat strictly carrion: the palm-nut vulture eats mostly palm nuts, fruits, and grain as well as some small live animals.

When a vulture feeds, it stores a great deal of food in its crop—sort of taking home the leftovers for later. However, if a predator shows up, survival in the present becomes Job One. To make a quick getaway, a threatened vulture regurgitates to lighten the load so it can flap away in the blink of an eye. The, uh, deposit also serves to delay the predator who may either be startled momentarily, or decide to feed on what the vulture left behind.

There’s so much more to these amazing birds—join us at the Safari Park for this weekend to marvel at vultures, meet keepers, and discover more WOW! 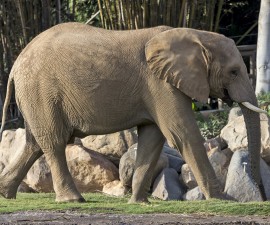 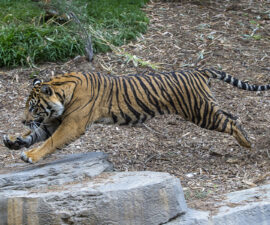 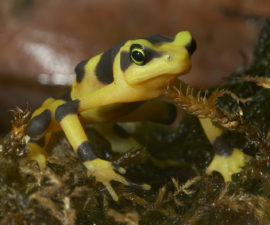